China EV market getting through rough patch and should return to normal trend growth by spring, says Deutsche Bank

On a full-year basis, the reopening of China will have a positive impact on consumer sentiment and should boost vehicle production and sales in the second quarter, said Edison Yu's team. 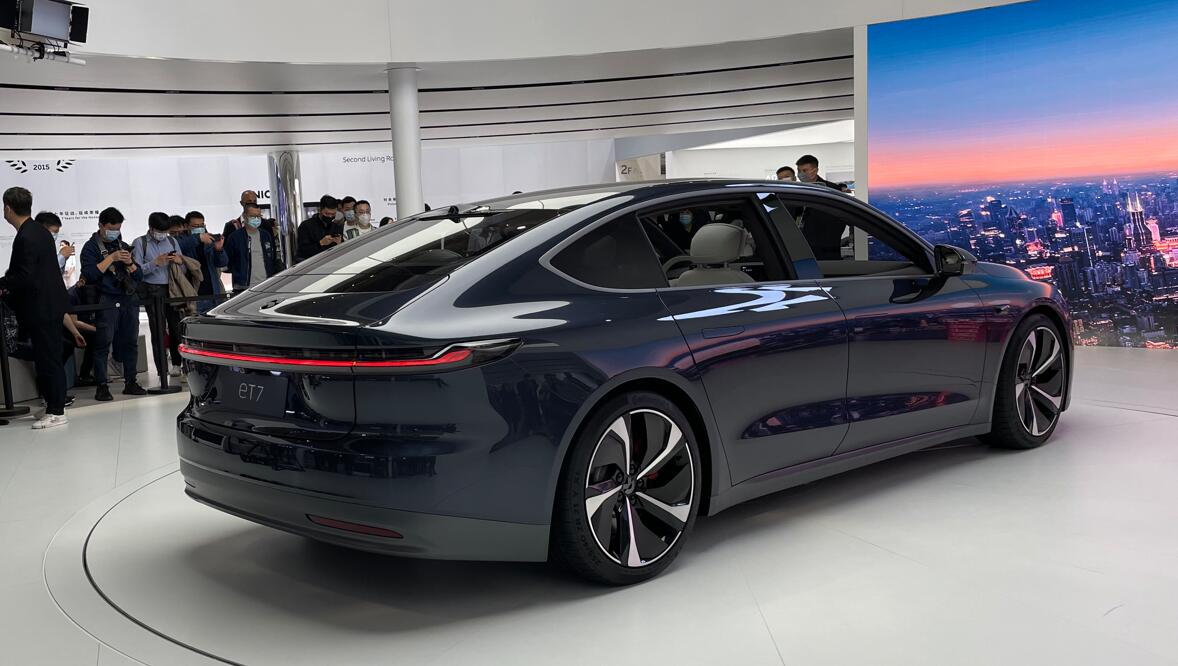 What does the rapid burst of the Covid wave in China and the upcoming Chinese New Year holidays, which will bring seasonal disruptions, mean for China's electric vehicle (EV) market? Deutsche Bank analyst Edison Yu's team provided a great analysis logic in a recent research note.

"Moving forward, we anticipate a few volatile months where the industry will need to digest the expiration of subsidies, Chinese New Year seasonality, and high Covid case count but we think by the spring, the market should recover back to normalized trend growth," Yu's team said in the note sent to investors on Tuesday titled "Getting through the rough patch."

Yu's team believes that new energy vehicle (NEV) sales in China will likely decline 25-30 percent in the first quarter from the fourth quarter of 2022, but still grow year-on-year.

For full-year 2023, Yu's team forecasts NEV retail sales of 7.4 million units, implying a 30 percent year-on-year increase. In addition, the team sees another 1 million units for export, bringing production to 8.5 million units. This assumes that state subsidies for EVs are not restored.

Retail sales of new energy passenger vehicles in China reached a record 640,000 units in December, up 35.1 percent year-on-year and 6.5 percent from November, according to data released yesterday by the China Passenger Car Association (CPCA).

Retail sales in December were below the CPCA's previous forecast of around 700,000 units, due to a surge in Covid cases, particularly hurting small battery electric vehicles (BEVs), which led to a weaker performance at the end of the month, Yu's team noted.

China's NEV market got off to a weak start this year, but is expected to see a reopening recovery, according to Yu's team.

"As the government rapidly pivots away from Covid zero, this will bring about a new type of disruption where the population essentially will have to live with the virus (similar to what US and Europe has already gone through) and this will likely manifest itself in two ways initially: higher worker absenteeism from sickness, and delays in deliveries (i.e., buyers getting sick and postponing handover or simply avoiding shopping for cars during large Covid waves)," the note reads.

As a result, the team expects EV sales to fall 25-30 percent year on year in the first quarter, also factoring in Chinese New Year seasonality and elevated inventory levels.

On a full-year basis, the reopening of China will have a positive impact on consumer sentiment, especially among small and medium-sized companies, which in turn will boost vehicle production and sales in the second quarter, the team said.

Looking at the competitive dynamics of NEV makers, Yu believes BYD (OTCMKTS: BYDDY) and Li Auto (NASDAQ: LI) have the most momentum going into 2023.

"In addition to strong execution on production and supply chain risk mitigation, we believe BYD has successfully pivoted its brand upward from being a low-end offering to a mainstream one fully leveraging success on PHEV which has greatly exceeded market expectations, with ambitions to punch even higher following the launch of its high performance Yangwang brand," the note reads.

Tesla's recent price cut in China has been largely aimed at BYD, especially for the Han and Seal models, and have resulted in significant increases in store traffic and net orders, Yu's team said.

Tesla lowered the prices of its entire Model 3 and Model Y lineup in China on January 6, its second price cut in China in three months. A media report later said Tesla received 30,000 orders in three days following the move.

Li Auto exited 2022 with record sales, topping 20,000 deliveries for the first time in December, buoyed by a boost from the new L8 model. Li L7 will launch in February and should help boost sales further, Yu's team said.

"However, later in the year, we worry LI’s vehicles have become too similar, creating some cannibalization risk amongst the models," the note added.

In Yu's team's coverage, they liked NIO's product cycle best, but after a series of problems in the second half of 2022, the team was concerned about its operational execution, according to the note.

"Should it improve its execution, we do believe NIO can significantly grow its volumes especially of the ET5 which still maintains a large backlog," Yu's team said.

XPeng (NYSE: XPEV), despite its growth in December, could have a challenging first quarter as it relies on discounts on all older models and plans to transition to the new P7, the team said.

Considering all the industry volatility, Yu's team found Zeekr's sales performance to be one of the biggest positive surprises of last year, attributing it to brand differentiation, product responsiveness and operational efficiency.

To meet its sales target, Zeekr is expected to launch two new models this year, including a small SUV hatchback and a BMW 3 Series-like sedan, according to Yu's team.

While the Zeekr 009 premium MPV is now in production, it will be more of a halo vehicle designed to raise brand awareness and is very expensive, so sales will likely be quite low, the team said.