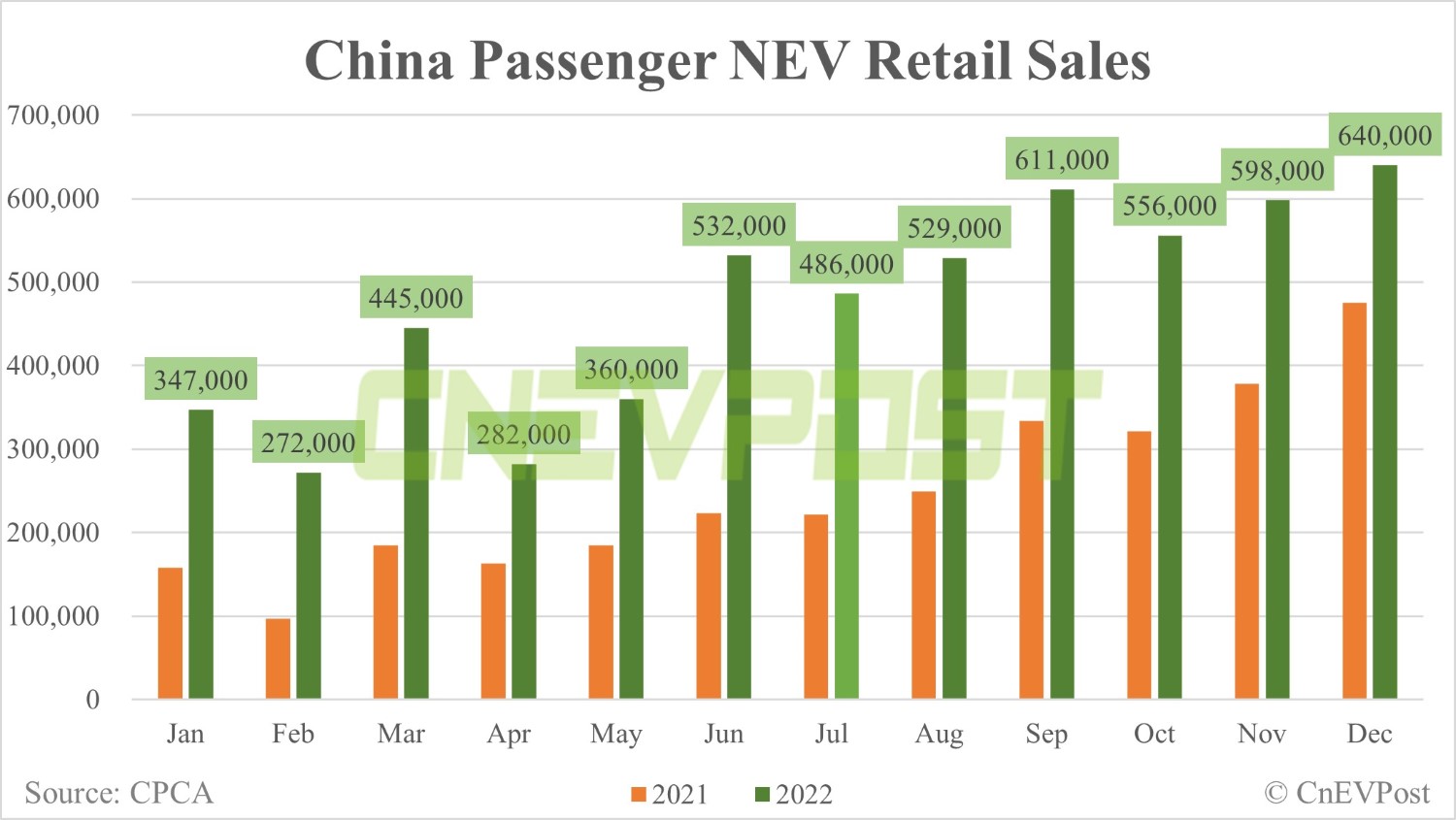 Retail sales of new energy passenger vehicles in China reached a record 640,000 units in December, up 35.1 percent year-on-year and up 6.5 percent from November, according to data released today by the China Passenger Car Association (CPCA).

Battery electric vehicles (BEVs) continued to account for the majority of NEV sales, with retail sales of 455,000 units in December, accounting for 71.1 percent of all NEV sales.

Plug-in hybrid vehicles (PHEVs) accounted for 185,000 retail sales in December, or 28.9 percent of all NEV sales.

China's retail sales of all passenger vehicles in December were 2.17 million units, up 3 percent year-on-year and up 31.4 percent compared to November. 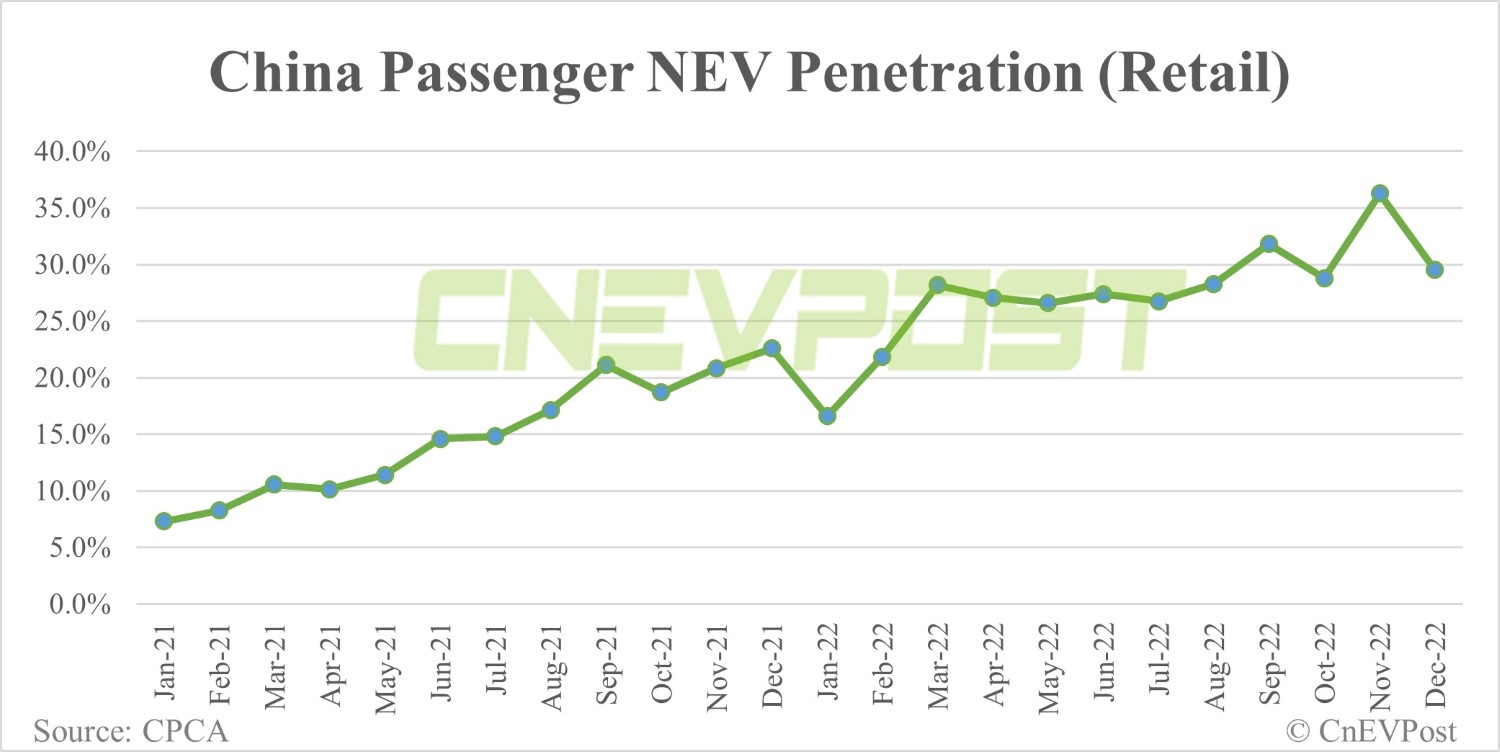 The penetration rate of NEVs among local Chinese brands was 51 percent, luxury brands was 22.8 percent, and mainstream joint venture brands was only 4.9 percent.

In early December, both the Chinese NEV and traditional internal combustion engine vehicle markets were affected by Covid controls in some regions, with many stores temporarily closed, the CPCA said.

With the subsequent lifting of Covid restrictions in China, the ICE vehicle market grew rapidly and the NEV market also heated up but was lower than expected, the CPCA said.

In terms of wholesale, China's new energy passenger vehicle sales in December were a record 750,000 units, up 48.9 percent year-on-year and up 2.5 percent from November. 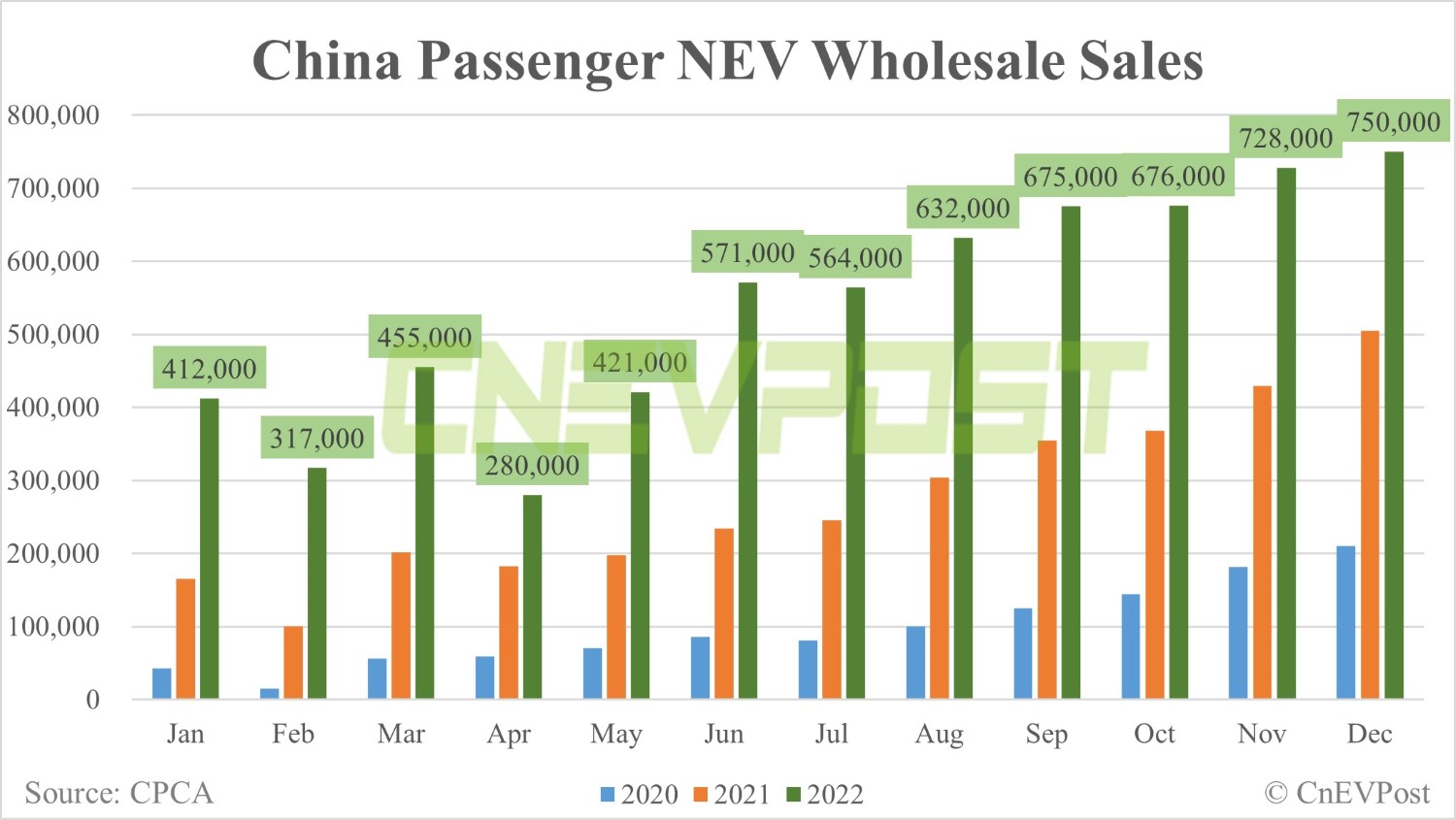 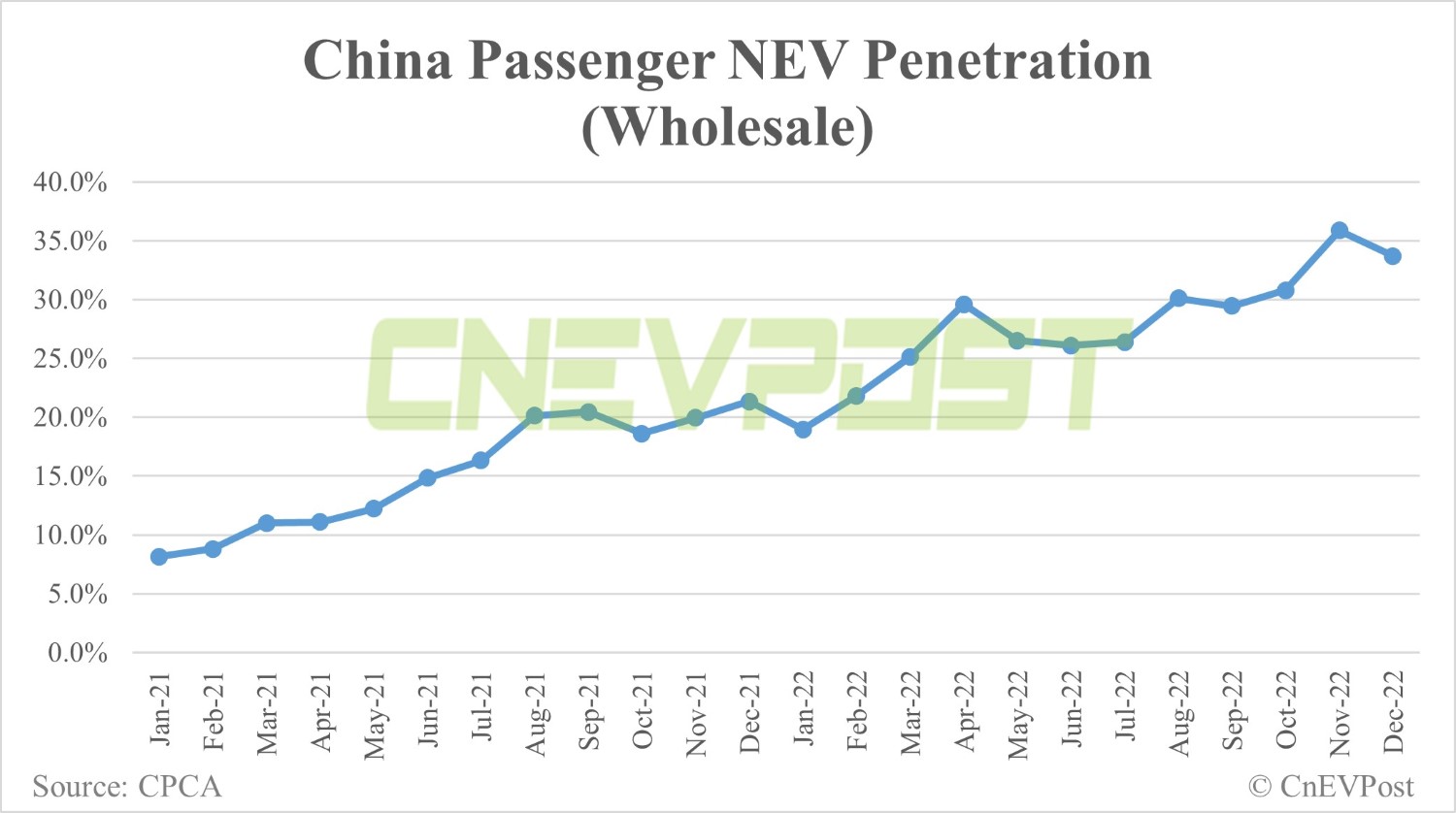 For the full year 2022, wholesale sales of new energy passenger vehicles in China were 6.5 million units, up 96.3 percent year-on-year.

The penetration of NEVs in China will still increase rapidly in the future, with retail sales of new energy passenger vehicles expected to reach 8.5 million units in 2023, with a penetration rate of 36 percent, the CPCA said.