Tesla gets 30,000 orders in 3 days after price cut in China, report says

Traffic and orders at Tesla stores in China's second- and third-tier cities have increased sharply after the price cut, with orders at stores in some cities up 500 percent from December, according to local media. 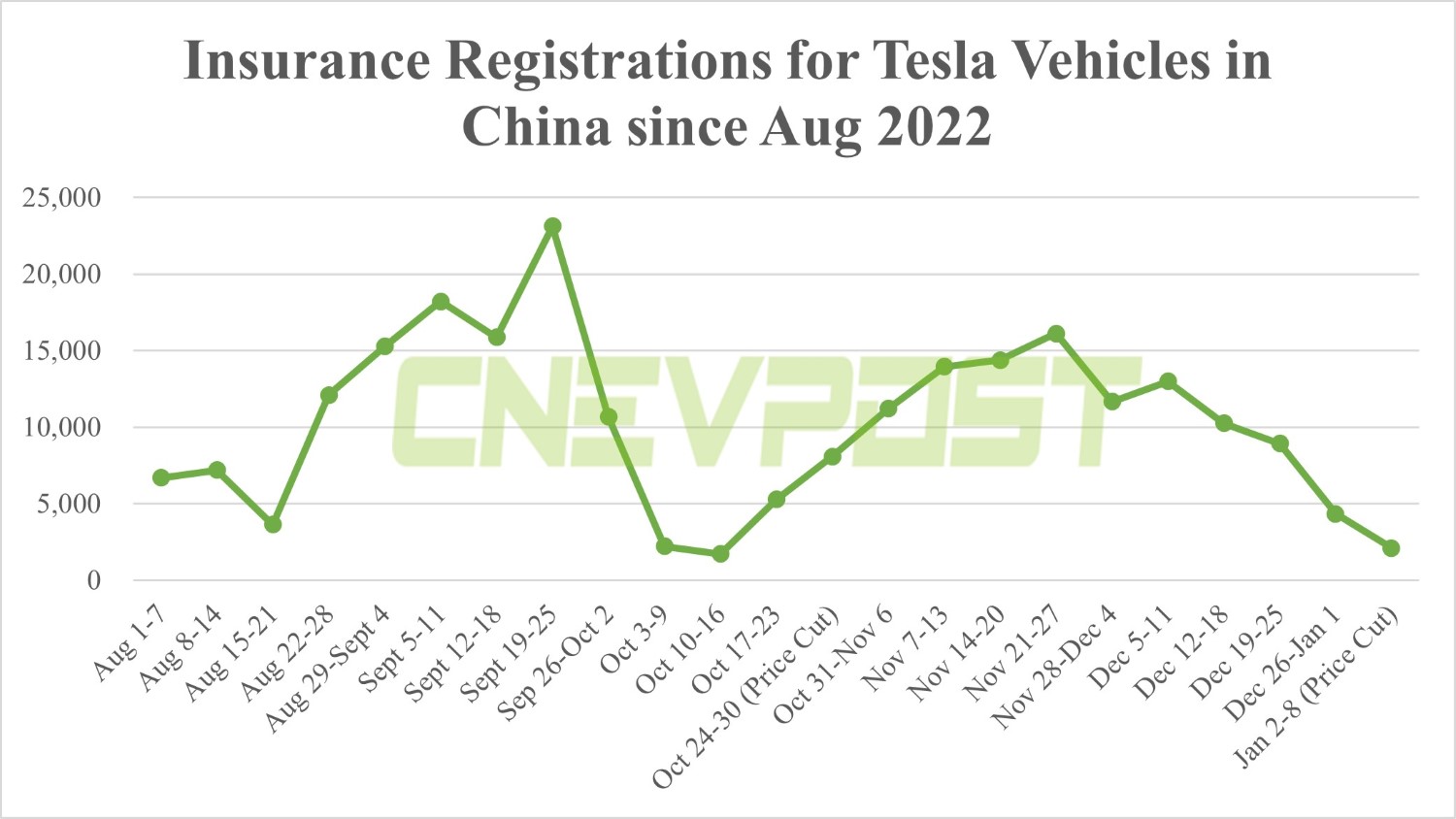 A Tesla China source said the company would not comment, and The Beijing News later reported.

Tesla sharply lowered the prices of its entire Model 3 and Model Y lineup in China on January 6, its second price cut in China in three months.

Earlier today, ifeng.com quoted a mid-level Tesla executive as saying that the company delivered more than 10,000 vehicles in China on the day of the price cut.

During the two days just this past weekend, more than 200 Tesla vehicles were delivered each day in Ningbo, Zhejiang province, the person said.

Traffic and volume at several Tesla stores rose several times, with every car at one Ningbo store surrounded by customers, and at the height of the crowds, sales could allocate only a few minutes to each customer, ifeng.com reported.

Separately, Yicai reported today that their site visits as well as phone research show that customer traffic and orders at Tesla stores in China's second- and third-tier cities have increased sharply after the price cut, with orders at stores in some cities up 500 percent from December.

An update to Tesla's China website yesterday showed that the latest expected delivery dates for both the entry-level rear-wheel drive Model Y and the dual-motor all-wheel drive Model Y Long Range have been extended to 2-5 weeks from the previous 1-4 weeks.

The longer delivery date for the Model Y indicates that the number of people ordering the car is increasing rapidly, ifeng.com said, citing a Tesla employee.

Tesla's move is seen as a reaction to the slump in demand it is facing in China. The EV maker's vehicles registered just 2,110 insurance units in China last week, compared with 4,338 and 8,915 in the previous two weeks.

That means Tesla delivered 41,926 vehicles in China in December, down 33 percent from 62,493 vehicles in November.