From January 2 to January 8, China NEV insurance registrations were 77,000 units, down from 163,700 units the previous week. 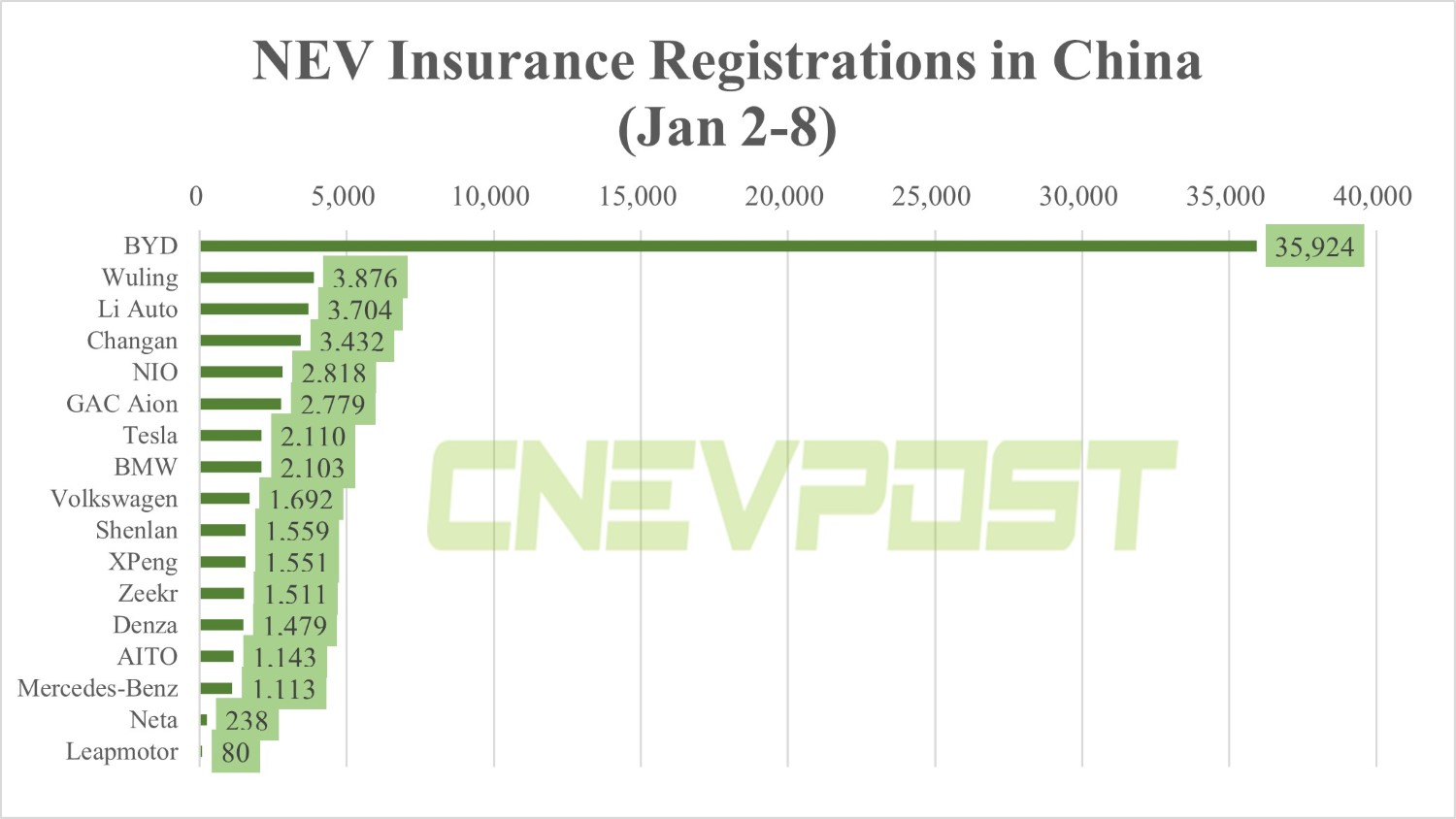 In the 1st week of this month from January 2 to January 8, China's new energy vehicle (NEV) sales, measured by insurance registrations, were 77,000 units, up 23.9 percent year-on-year but down from 163,700 units the week before, according to figures shared by auto blogger Zhu Yulong on Weibo today.

Among them, sales of conventional internal combustion engine vehicles were 214,000 units in the week, down 47 percent year-on-year and down from 488,800 units in the previous week.

Tesla (NASDAQ: TSLA) vehicles had just 2,110 insurance registrations for the week. The number was 4,338 and 8,915 in the previous two weeks, respectively.

Tesla lowered the prices of its entire Model 3 and Model Y lineup in China on Friday, January 6, its second price cut in China in three months.

Tesla's move is seen as a reaction to the slump in demand it is facing in China, and the latest insurance registration numbers seem to indicate that.

NIO (NYSE: NIO) vehicles had 2,818 insurance registrations for the week, down from 3,975 the previous week.

Li Auto sold just 10 units in Shanghai last week, and the city's plug-in hybrid (PHEV) models sold 657 units last week, down 50 percent from the first week of December, according to the blogger.

Shanghai no longer offers free NEV license plates for PHEVs starting in 2023, while pure electric models will still be eligible for free plates.

Geely's premium electric vehicle brand Zeekr had a figure of 1,511 units for the week, down from 2,444 units the week before.

Zeekr's plant will stop production for 22 days from January 11 to February 1 to upgrade its production lines around the Chinese New Year holiday, which will have an impact on deliveries.

Leapmotor was at 80 units for the week, also well below the 3,803 units the week before.