By the end of 2022, there were 10.45 million battery electric vehicles (BEVs) in China, accounting for 79.78 percent of all NEV ownership. 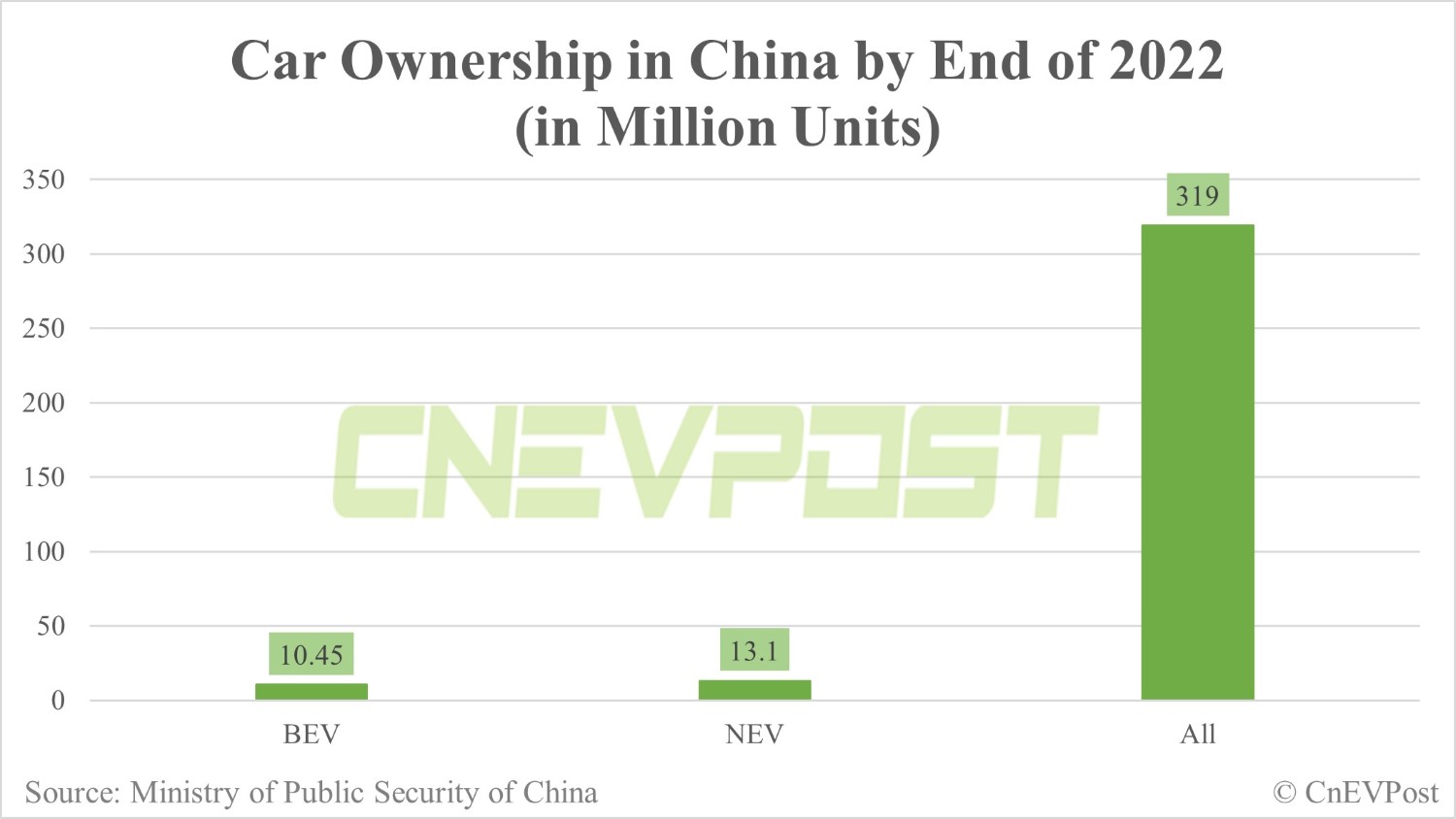 By the end of 2022, China had 13.1 million NEVs, or 4.1 percent of the total 319 million vehicle ownership, according to data released today by the Traffic Administration Bureau of the Ministry of Public Security of China.

After deducting the number of scrapped and written-off vehicles, the latest NEV fleet increased by 5.26 million, or 67.13 percent, compared to 2021.

Of these, battery electric vehicles (BEVs) accounted for 10.45 million units, or 79.78 percent of all NEV ownership.

As a comparison, the number of newly registered NEVs in China was 1.07 million in 2018.

A total of 84 cities in China have more than 1 million vehicles, an increase of 5 cities compared to 2021.

Beijing, Chengdu, Chongqing and Shanghai had more than 5 million vehicles, Suzhou, Zhengzhou, Xi'an and Wuhan had more than 4 million, and 13 cities including Shenzhen, Dongguan, Tianjin, Hangzhou and Qingdao had more than 3 million.

For the full year 2022, China's retail sales of new energy passenger vehicles were 5.67 million units, up 90 percent year-on-year, according to data released yesterday by the China Passenger Car Association (CPCA).

The penetration of NEVs in China will continue to increase rapidly in the future, with retail sales of new energy passenger vehicles expected to reach 8.5 million units in 2023, with a penetration rate of 36 percent, the CPCA said.