The delivery numbers themselves don't have any major negative surprises, but other developments are hurting stocks, including the Nvidia chip ban and the Chengdu Covid lockdown.

China's major electric vehicle (EV) makers reported mixed August deliveries on September 1, and in the view of Deutsche Bank analyst Edison Yu's team, they were better than many had previously feared, but note that new concerns are beginning to surface.

US-listed NIO, XPeng Motors, and Li Auto all plunged Thursday after the deliveries were announced, down 5.63 percent, 6.43 percent, and 3.02 percent, respectively. 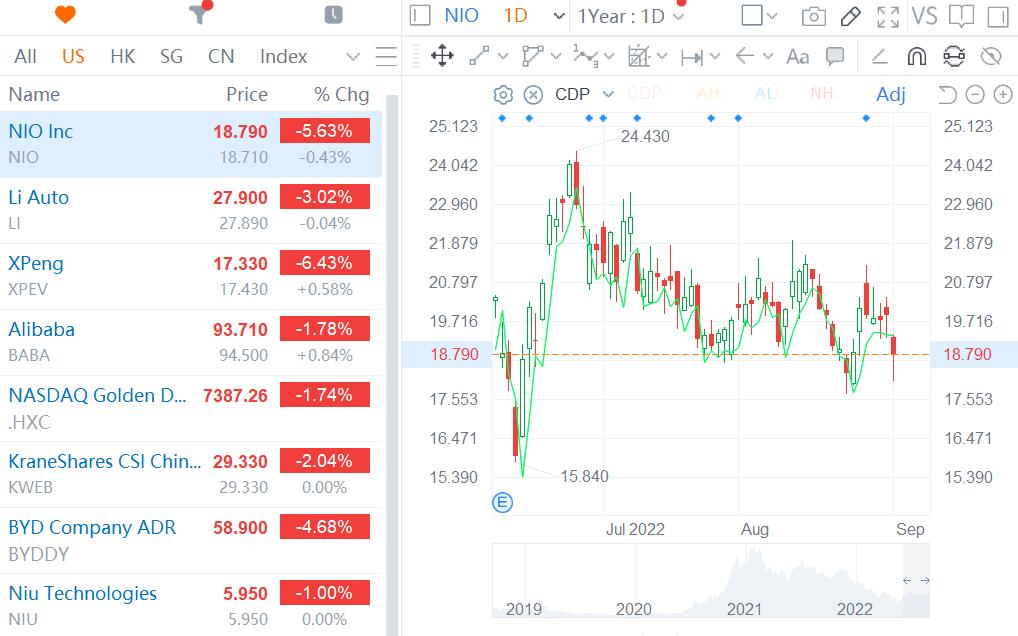 Yu's team doesn't see any major negative surprises in the delivery numbers themselves, but said other developments yesterday are hurting these stocks, including the Nvidia chip ban and the Chengdu Covid lockdown.

Here's the team's take on the deliveries of what they call the "Fab 5" EV makers -- NIO, XPeng, Li Auto, Zeekr, Hozon.

NIO delivered upside while still being constrained by a casting parts shortage; its older models are showing resilience and the new ES8 appears to be ramping very strong out the gate.

While we didn't see any major negative surprises with August sales, we do believe other developments are hurting the stocks today including the Nvidia chip ban (supplier for NIO, XPEV, and LI) and Chengdu COVID lock down (>21m people).

ES8 began deliveries on 8/28, garnering 398 units in the month, better than we expected, putting it on track for solid uptick in Sep (we had only modeled 1,000 units).

Li Auto delivered only 4,571 units (-56% MoM, -52% YoY), coming in slightly below our forecast. We continue to believe demand for the new L9 full-size SUV is strong but deliveries were delayed in August due to a range extender supply issue caused by power curbs in Sichuan province. This means that L9 volume was likely even lower than we had anticipated.

Separately, Li Auto confirmed the smaller L8 SUV will begin deliveries in November, slightly later than we're modeling. The model will be available in two trims, a six-seater and a VIP five-seater, representing a departure from the company's strategy of offering just one standard SKU.

We test drove the 001 in Oslo in July and found it to be a very appealing product with an unique style ("shooting brake" design). This could be helping the vehicle differentiate from the competition.