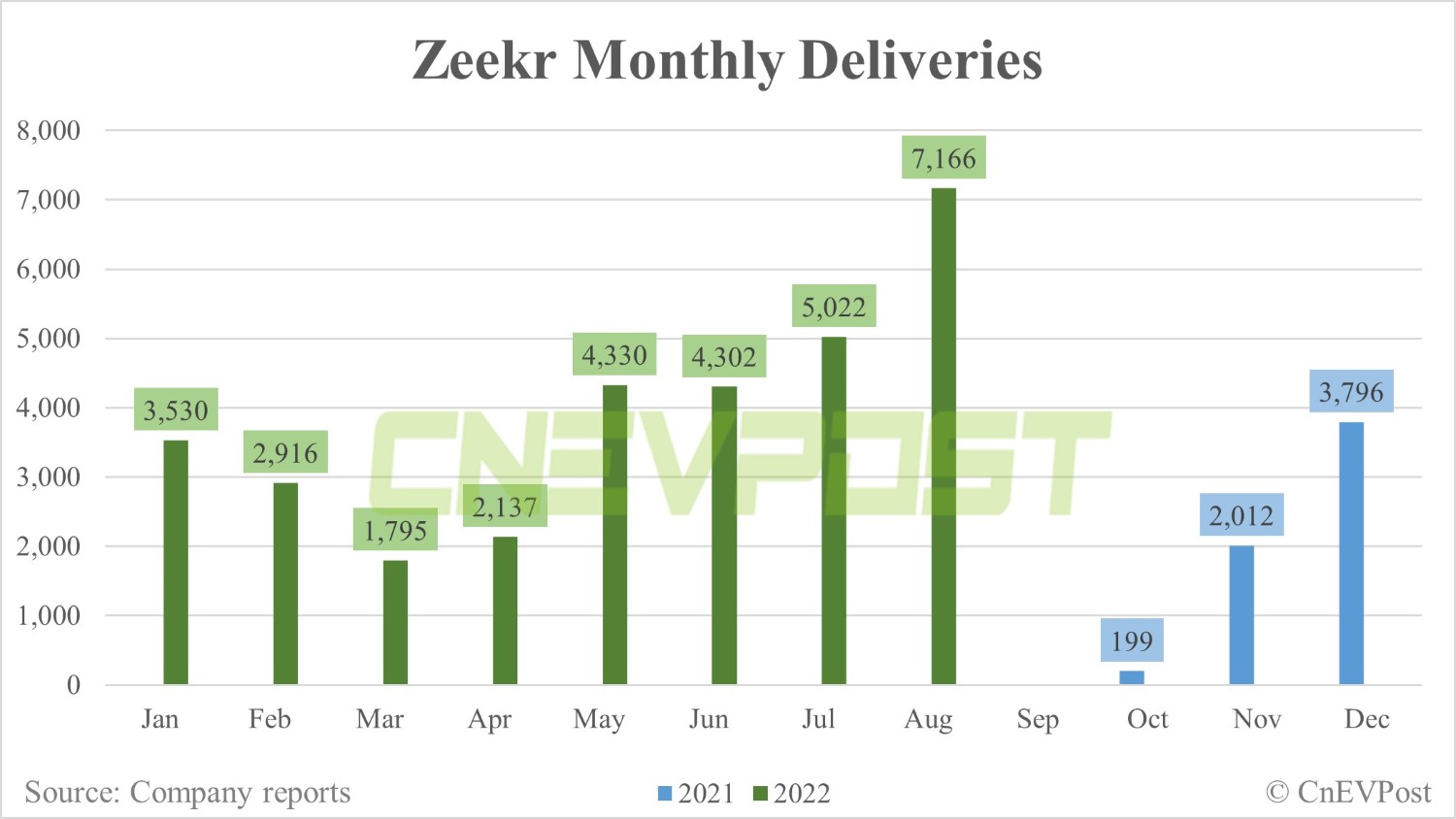 Zeekr, Geely's premium electric vehicle brand, delivered a record 7,166 vehicles in August, up 43 percent from 5,022 in July, according to figures released today.

The only Zeekr model currently on sale is the Zeekr 001, whose deliveries began in October of last year. The company has teased a second model, the Zeekr 009 MPV, although it is not yet officially available.

To date, cumulative deliveries of the Zeekr 001 have reached 37,205 units.

The Zeekr 001 received more than 10,000 orders with non-refundable deposits in August, another record high, with the average order amount exceeding RMB 336,000, Zeekr said.

Zeekr added 25 sales stores in August and has built 443 charging stations in more than 72 cities in China to date, it said today.

On August 27, Zeekr and power battery giant CATL announced that Zeekr will be the first car brand in the world to use CATL's latest Qilin Battery.

Zeekr's upcoming Zeekr 009 MPV will be the world's first to be powered by the Qilin Battery, CATL said, without disclosing the MPV's range.

The Zeekr 001 will use an ultra-long-range version of the Qilin Battery and will be the world's first production model to carry the 1,000-kilometer range Qilin Battery, CATL previously said.