Li Auto deliveries fall to 4,571 units in Aug as new models may have held back potential consumers' plans 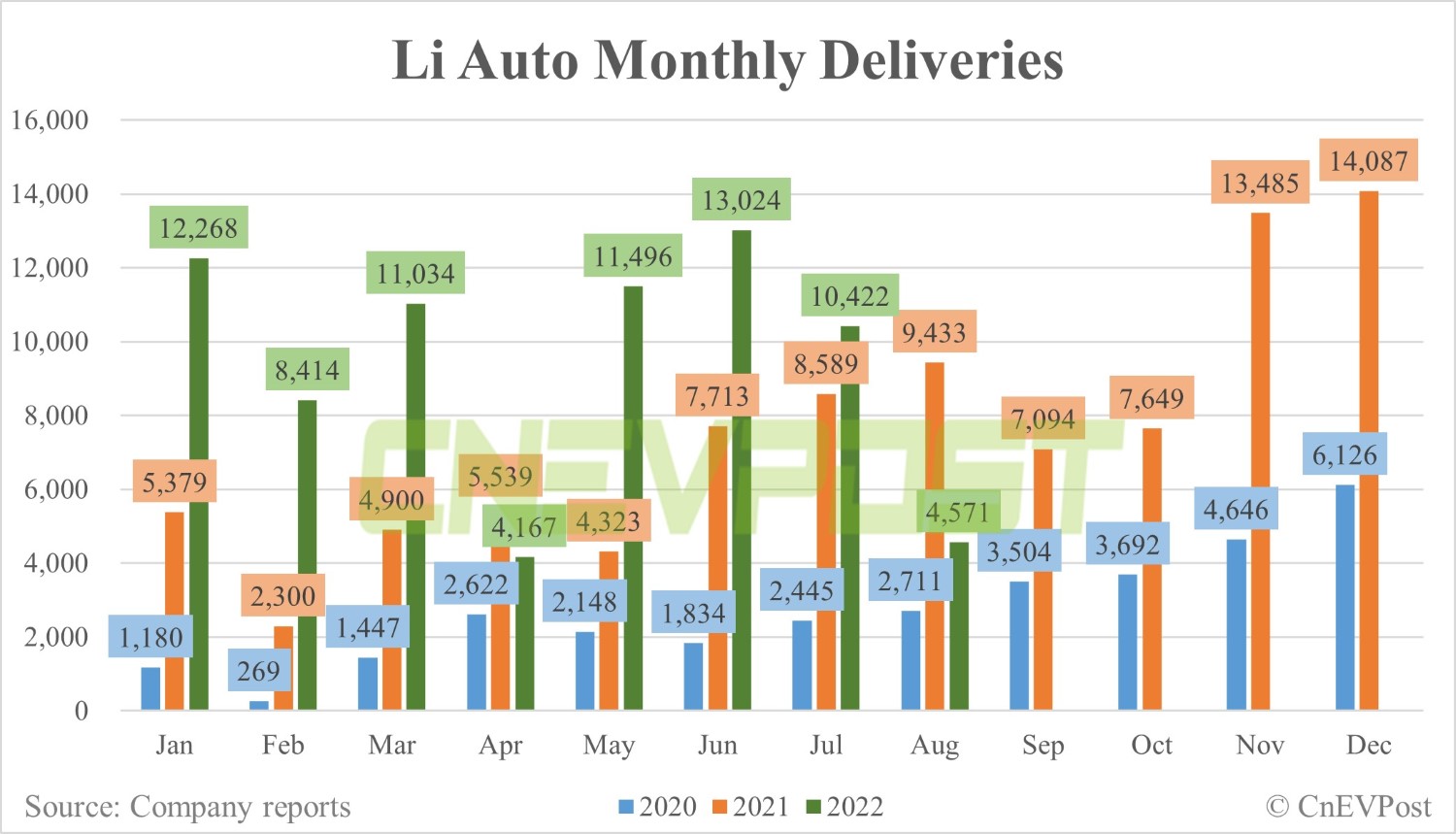 Li Auto saw deliveries plunge in August, seemingly because the newly launched Li L9 and the upcoming Li L8 led to a curtailment of potential consumer demand for the main-selling Li ONE model.

Li Auto delivered 4,571 vehicles in August, the second lowest so far this year behind April's 4,167 when its supply chain was hit hard by Covid lockdowns.

The company's cumulative deliveries through the end of August stood at 199,484 units.

"We are pleased to have commenced deliveries of our flagship smart SUV, Li L9, and to have heard from Li L9's initial users that it exceeded their expectations," said Shen Yanan, co-founder and president of Li Auto.

"Meanwhile, we are preparing for the launch of Li L8 in early November, with delivery beginning in the same month. Li L8 is a large premium smart SUV for families. The model will be available in two variants, a six-seater and a VIP five-seater, to broadly cater to diverse family groups, "He said.

The delivery of the Li L9, as well as previous rumors about the impending release of the Li L8, may have caused potential Li Auto consumers to delay their car-buying plans.

Those who want to buy a Li ONE now can wait a little longer, the new Li L8 will be available soon, said He Lei, CEO of local car website Xchuxing, on Weibo on August 14.

Li Xiang, founder, chairman and CEO of Li Auto, also mentioned in a Weibo exchange with users on August 15 that for consumers currently waiting for the Li L8, they could skipping buying the Li ONE at this stage.