Deutsche Bank cut its price target on XPeng Motors to $33 from $43, saying the company is facing a painful strategic turnaround, following a disappointing outlook released yesterday.

XPeng is in the process of making multiple painful pivots and doesn't have any clear quick pivot points in sight, analyst Edison Yu's team said in a research note sent to investors today.

XPeng closed down 10.81 percent to $18.73 on Tuesday on the US stock market, and the price target implies 76 percent upside. 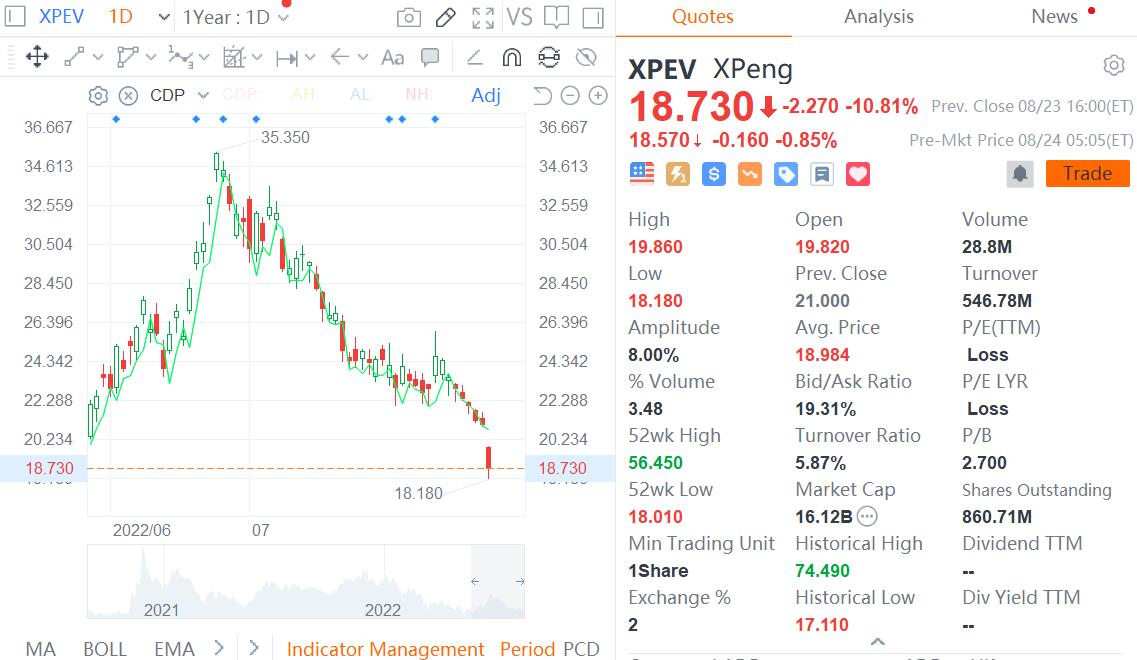 Yu's team maintained its Buy rating on XPeng, saying they believe XPeng's assisted-driving technology is undervalued over the long term.

The team also doesn't see demand trends getting worse from here on out, as fourth-quarter seasonality should provide at least some minor tailwinds for older models.

XPeng on Tuesday reported second-quarter revenue that beat expectations, but gave yet another discouraging guidance for the next quarter.

China's EV upstarts are increasingly facing customers with higher expectations for product freshness, forcing them to update their products more frequently than in the past, Yu's team said.

"Therefore, in the absence of branding power (e.g., Tesla) or superior post purchase service (perhaps NIO), even very attractive products can suddenly fall out of favor in an environment where competition intensifies and BEV penetration is not increasing steadily," the team wrote.

XPeng appears to be the biggest victim of this dynamic so far, facing essentially multiple painful pivots at the same time in terms of pricing, segmentation, assisted driving systems and charging technology, the team said.

No clear quick pivot is in sight, and with deliveries of the G9 SUV starting in October, demand concerns may ease near the end of the year, but investor focus could shift to next year, according to the team.

For its stock to regain momentum, XPeng must deliver large volume of new SUVs, which will involve taking share from traditional internal combustion engine vehicle competitors, the team said.

XPeng Q2 earnings call: New model to be launched in H1 next year to take on Tesla Model Y