BYD's new sedan, the BYD Seal, is about to officially go on sale, potentially becoming one of the company's most important models and possibly the strongest rival to the Tesla Model 3 in China.

BYD will hold a launch event on July 29 for the BYD Seal, which will have iTAC intelligent torque control technology and thus inherently sporty genes, according to a poster released by the company today. 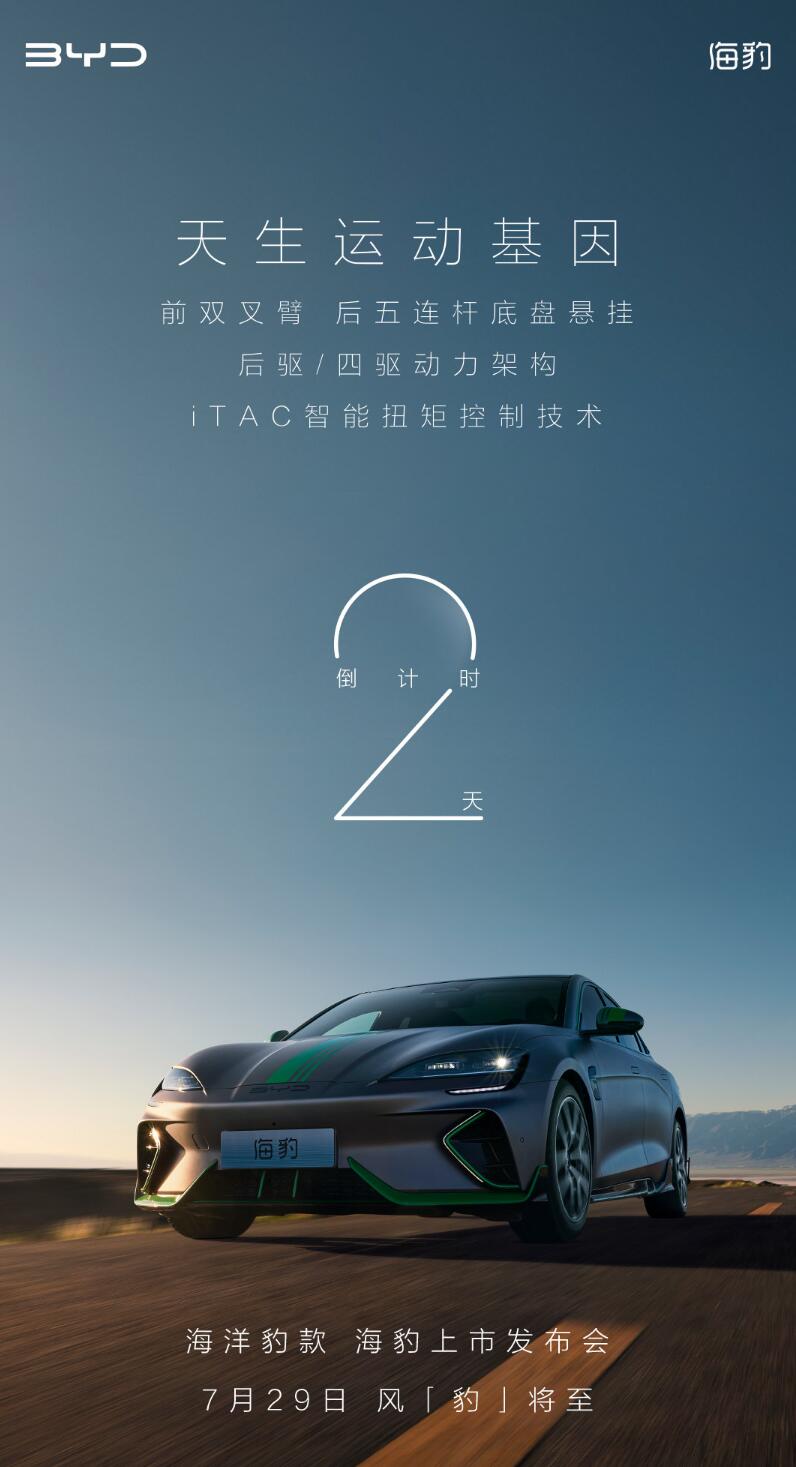 BYD Seal's pre-sale orders reached 22,637 units within seven hours of the start of the pre-sale, information shared by BYD on May 21 showed.

Earlier this month, several local media outlets quoted unnamed BYD dealer sources as saying that the BYD Seal would go on sale in China on July 18, though this did not become a reality.

In terms of power, energy consumption, and size specifications, BYD Seal has significant advantages over Tesla Model 3, said the team of Xu Huixiong from local brokerage Essence Securities, in an April 28 research note.

BYD Seal has been in mass production at BYD's plant in Changzhou city, Jiangsu province, in eastern China, in June, and is expected to have a monthly capacity of 15,000 units when it reaches production, according to information previously released by the Changzhou Municipal Government.