Seal is expected to become the most important model in BYD's history, with steady-state monthly sales expected to exceed 30,000 units, analysts previously said.

The BYD (OTCMKTS: BYDDY, HKG: 1211) Seal model seems to have gained a good initial acceptance, at least judging from the orders it received in its first few hours.

As of 10 pm on May 20, pre-sale orders for the Seal reached 22,637 units, just seven hours after pre-sale officially began at 3 pm, according to information shared by BYD today.

BYD did not release any more information, including which version of the model was the most popular. 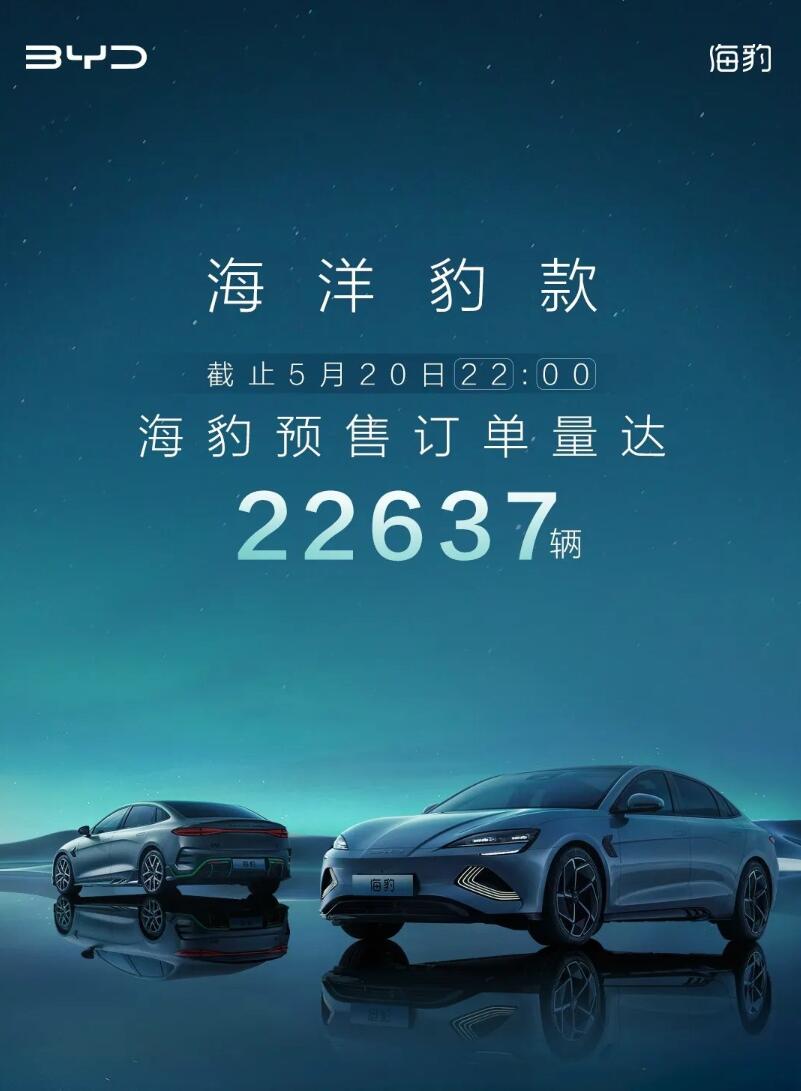 The company announced the pre-sale of Seal, the first BYD model to feature CTB (cell to body) technology with a range of up to 700 kilometers, at a launch event yesterday.

Seal is available in four versions, with specific post-subsidy pre-sale prices as follows.

Seen as one of the strongest competitors to Tesla's Model 3, the Seal is expected to be an important driver of BYD's continued growth.

The model brings a lot of earnings elasticity, and its competitors include all internal combustion engine vehicles, new energy vehicles (NEVs) priced between RMB 150,000 (22,770) - 250,000, the team noted.

In a conservative scenario, BYD expects it to sell 1.5 million units in 2022, with sales expected to reach 2 million if supply chain conditions improve, according to the minutes of a previous meeting.