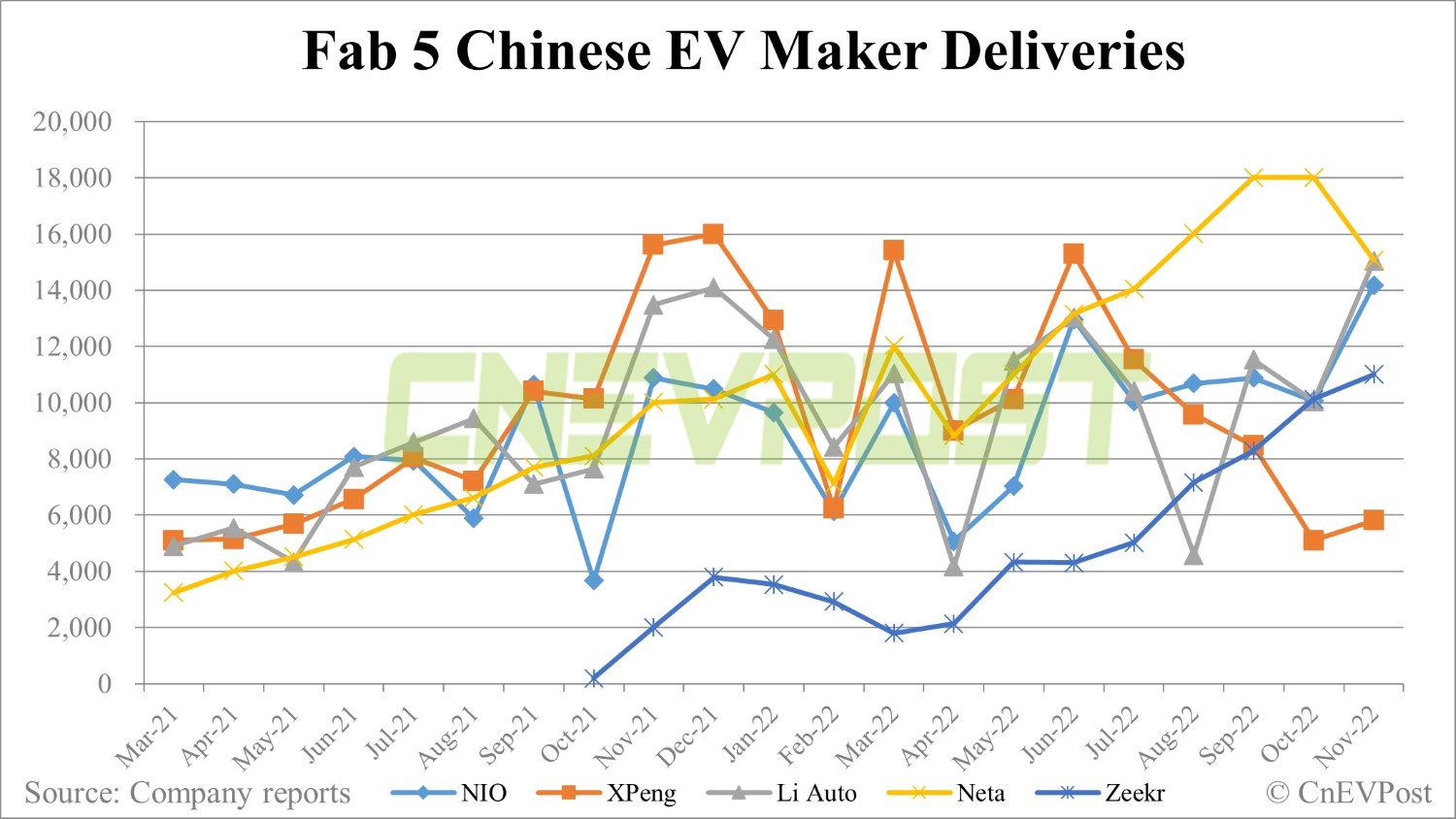 Of these five companies, NIO, Li Auto, and Zeekr all had record deliveries in November, XPeng's performance improved from October, while Neta slipped.

Here's what Yu's team had to say about the numbers.

LI and NIO roar back on new product cycles

Fab 5 China EV sales came in stronger than expected as new product cycles at Li Auto and NIO really start to kick in, leading to record monthly volumes despite a weak macro backdrop.

Zeekr continues to impress with its 001 model delivering another MoM increase. However, Neta appears to be finally losing some momentum with sales down 16% sequentially.

Depending on how December demand trends, we think there is some chance the NEV subsidies could be extended, perhaps with the government implementing a 50% cut rather than full phase out.

Cumulative deliveries have now reached 236,101, supported by 275 retail stores and 317 servicing centers. Earnings will be reported next week on 12/9.

NIO delivered a record high 14,178 units (+41% MoM and +30% YoY), above our forecast. Deliveries of ET5 encouragingly rose sequentially to 2,968 units compared to 1,030 in Oct, still held back by silicon carbide bottlenecks at Onsemi.

ES7 SUV sales came higher than expected at 4,897 while ET7 sedan was weaker at 3,207 despite shorter wait times.

XPeng delivered 5,811 units (+14% MoM; -63% YoY), better than our recently lowered forecast but naturally in-line with guidance given yesterday. Sales continue to struggle as XPeng gets ready to introduce its next generation of cars. G9 volume did improve to 1,546 units vs. 623 in Oct.

For Dec, the company expects around 10,000 units with G9 representing at least half of that. See our earnings first look here.