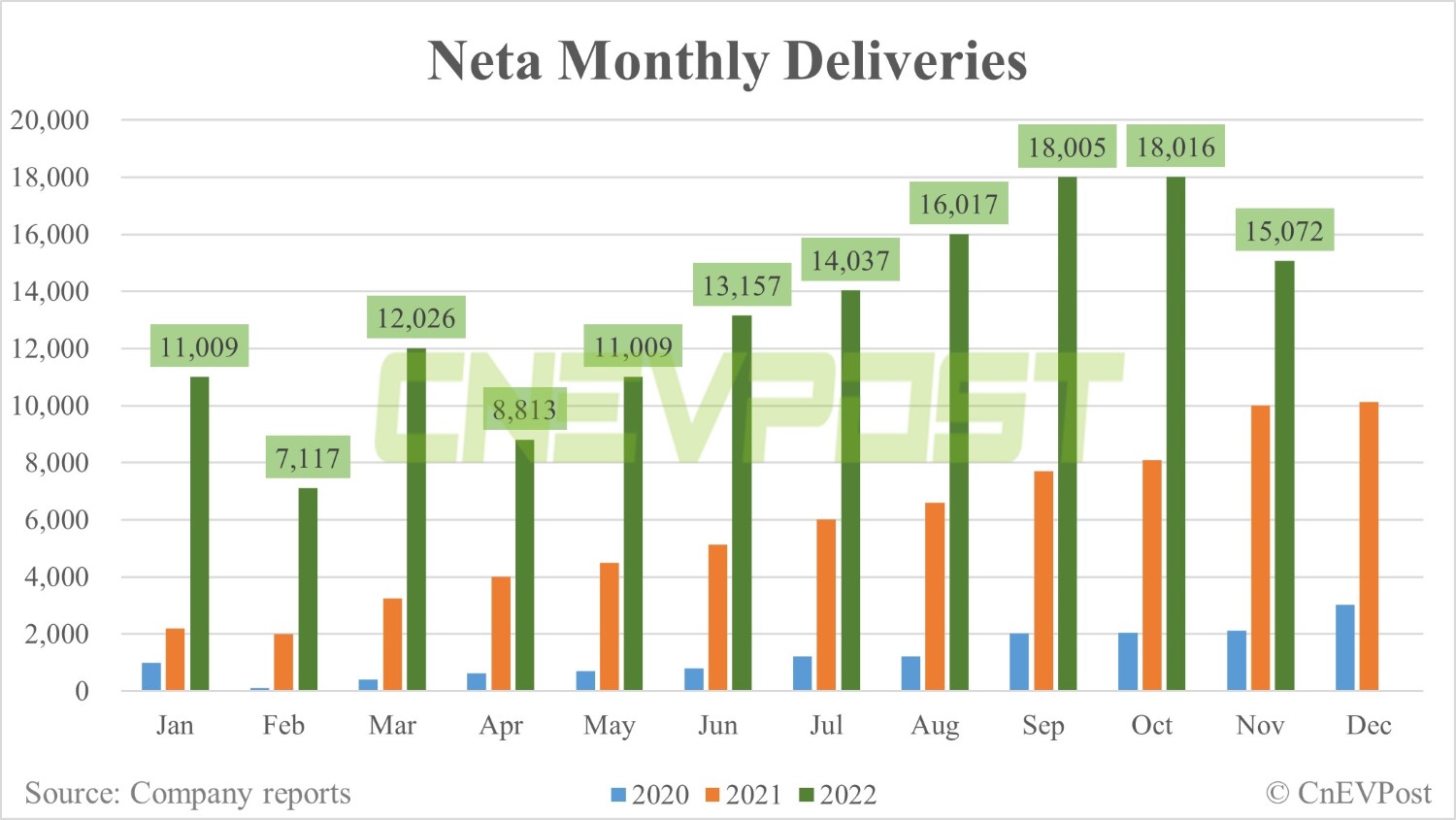 Neta Auto, the electric vehicle brand of Chinese carmaker Hozon Auto, delivered 15,072 vehicles in November, up 50.5 percent from 10,013 units a year earlier but down 16.3 percent from 18,016 units in October, figures released today show.

In the January-November period, Neta delivered a total of 144,278 vehicles, up 142.3 percent from 59,547 units in the same period last year, data monitored by CnEVPost shows.

On October 10, Neta officially launched the Neta U-II electric SUV in China as the successor to the Neta U.

All versions of the Neta U-Ⅱ, except for the least expensive U-Ⅱ 400 Lite, have a smart cockpit powered by a Qualcomm Snapdragon 8155 chip, a high-end chip previously used only in models priced over RMB 300,000. 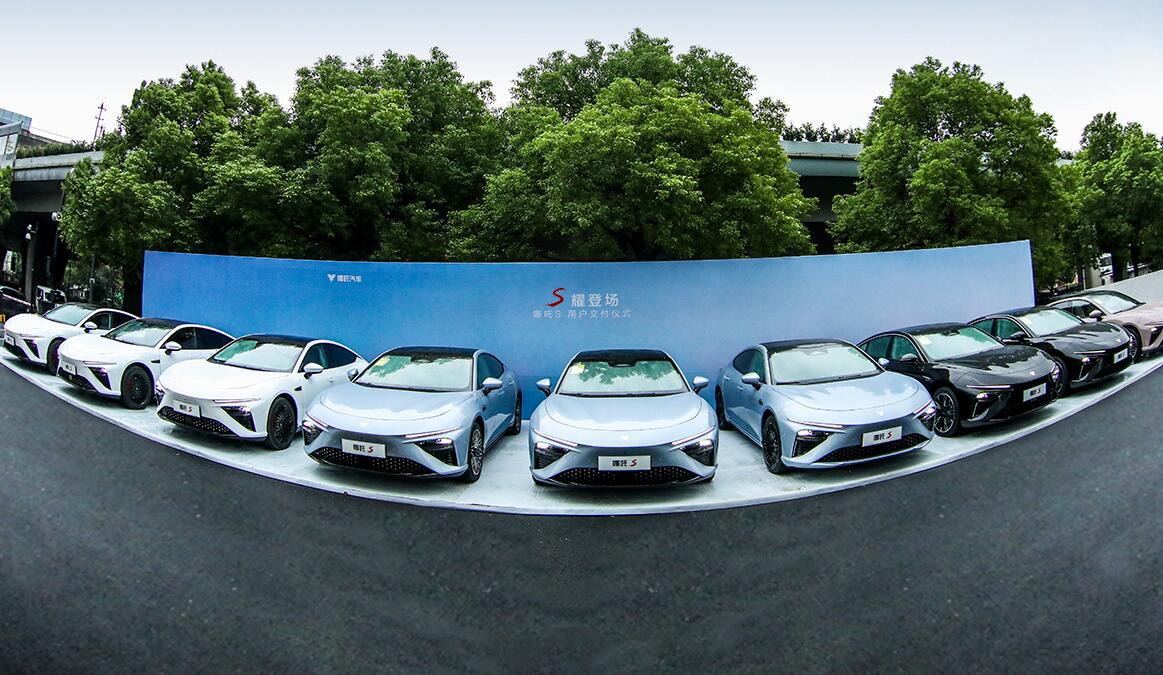 On October 28, Neta announced a partnership with Nvidia to equip future models with the Nvidia DRIVE Orin computing platform.

Neta currently has 360 service centers in China covering more than 220 cities, the company said in a press release announcing the start of Neta S deliveries yesterday.