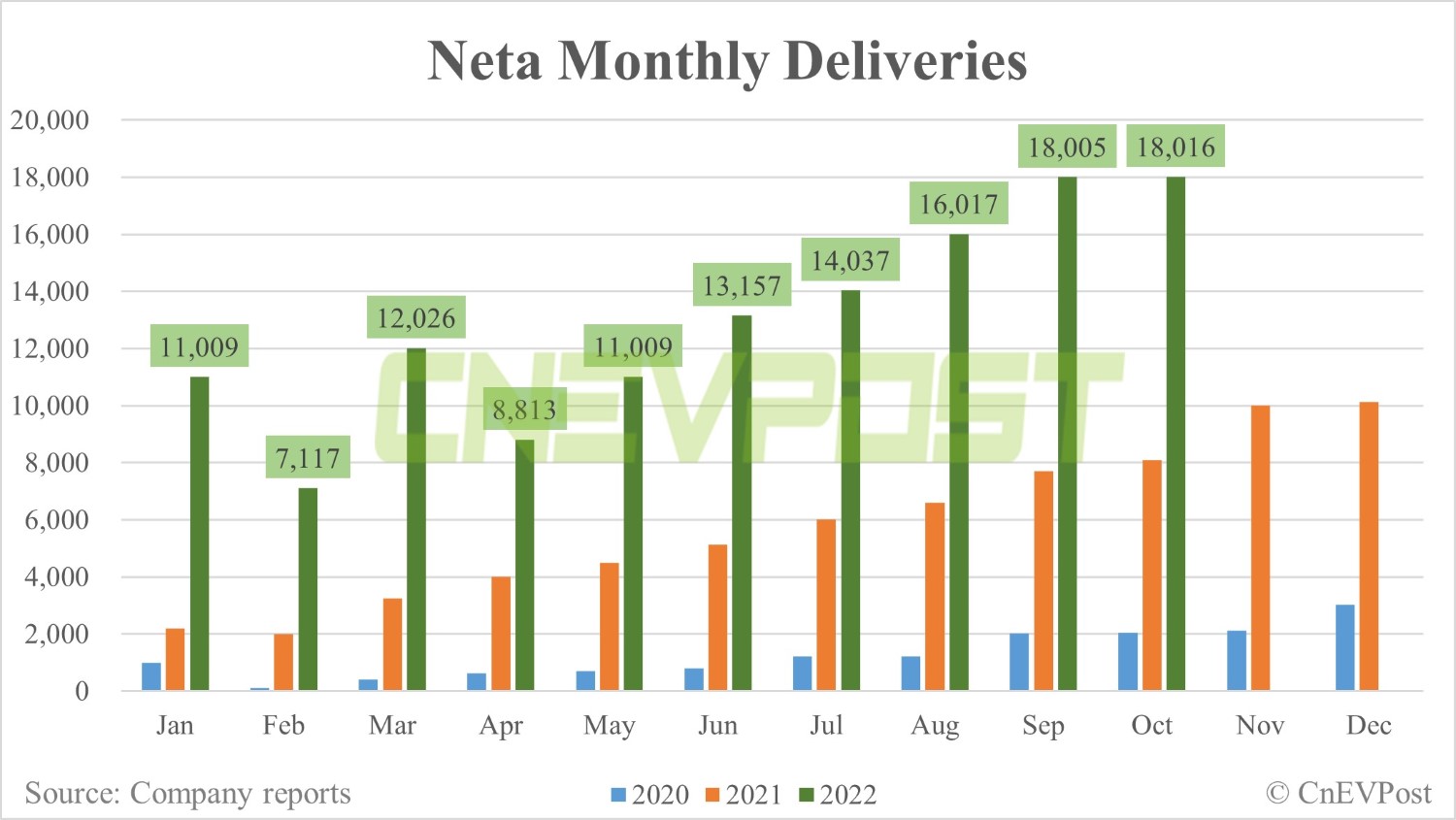 Neta Auto, the electric vehicle brand of Chinese carmaker Hozon Auto, delivered 18,016 vehicles in October, essentially unchanged from 18,005 in September and up 122.23 percent from 8,107 in the same period last year, according to data released today.

On October 10, Neta made the Neta U-II electric SUV officially available in China as the successor to the Neta U.

The Neta U-II is expected to be an important model driving Neta's sales growth, as all versions of the smart cockpit, except for the lowest priced U-II 400 Lite, are powered by the Qualcomm Snapdragon 8155 chip, a high-end chip previously used in some models priced over RMB 300,000.

At the official launch of the model, Neta said that powered by the Qualcomm 8155 chip, the Neta U-Ⅱ is the ceiling of smart cockpits for models priced at the RMB 150,000 level.

On October 28, Neta announced a partnership with Nvidia to equip future models with the Nvidia DRIVE Orin computing platform.