XPeng expects deliveries to increase significantly in December as production of the G9 ramps up under normal operating conditions. 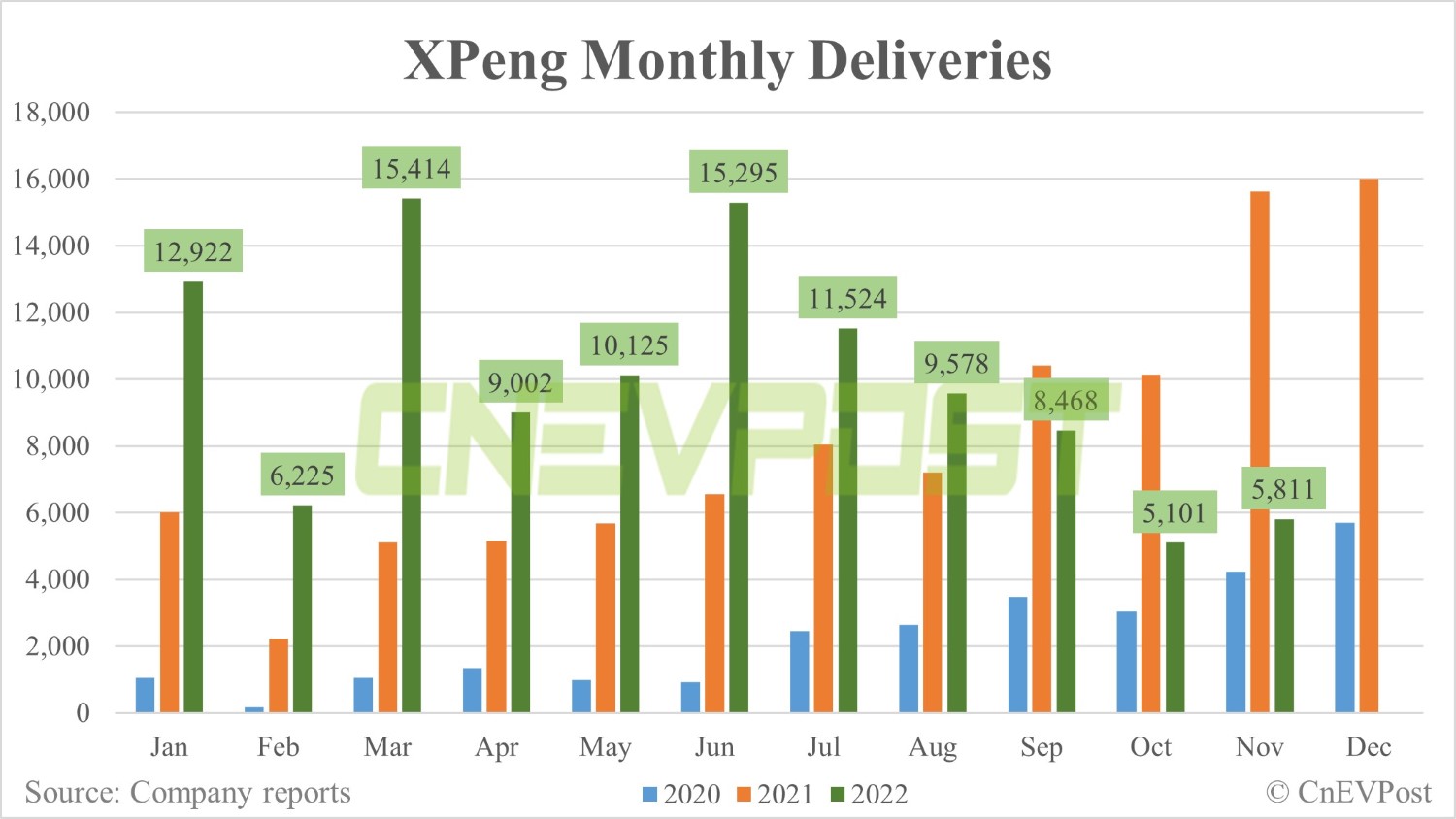 XPeng Motors' deliveries improved in November but were still significantly lower than in the same month last year.

As of November 30, XPeng's cumulative deliveries since inception stood at 247,418 vehicles, data monitored by CnEVPost shows.

Notably, XPeng gave guidance for fourth-quarter deliveries of 20,000 to 21,000 vehicles when it announced its third-quarter earnings yesterday.

The November delivery figures released today mean that the company expects to deliver between 9,088 and 10,088 vehicles in December.

XPeng's deliveries have declined significantly since the second half of this year.

In a research note sent to investors on November 28, Deutsche Bank analyst Edison Yu's team said the key to XPeng regaining relevance is to win back demand, which could take several quarters, creating significant uncertainty heading into 2023.