NIO will further accelerate production and deliveries in December, the company said. 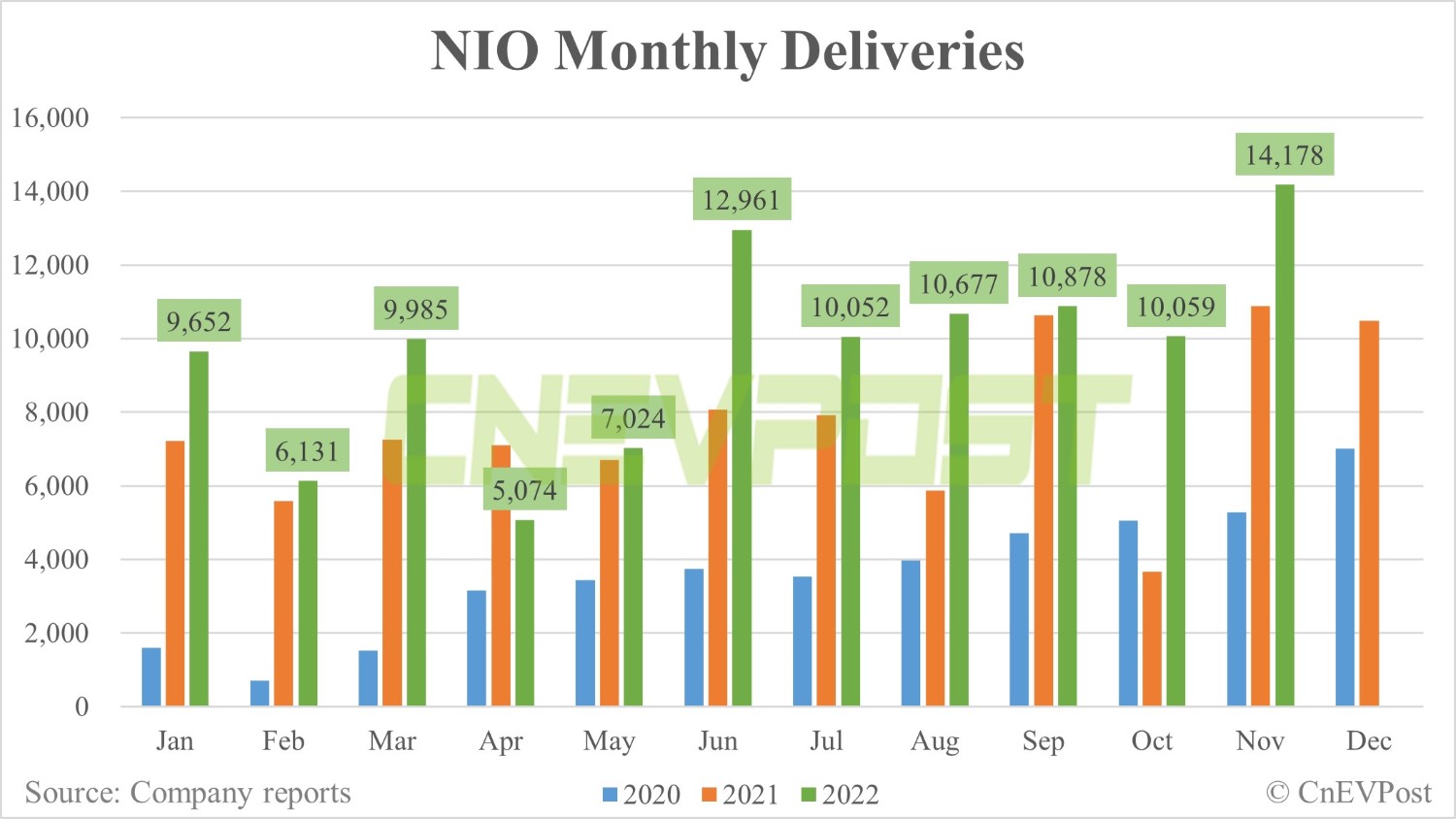 NIO delivered a record 14,178 vehicles in November, with the impact of the Covid disruptions on its plants significantly reduced in November.

That delivery volume included 8,003 SUVs, 4,897 of which were ES7s, figures released today showed. 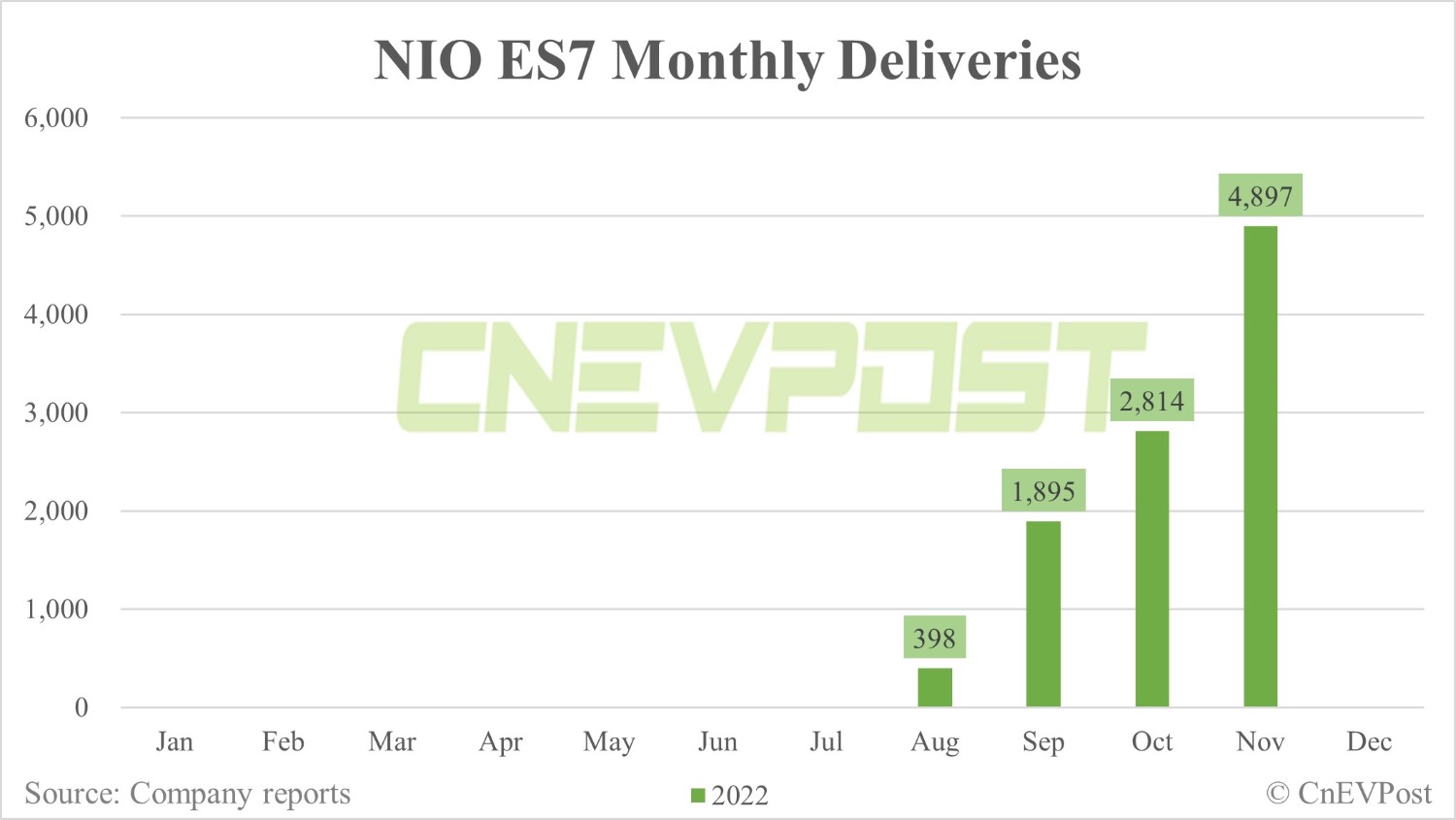 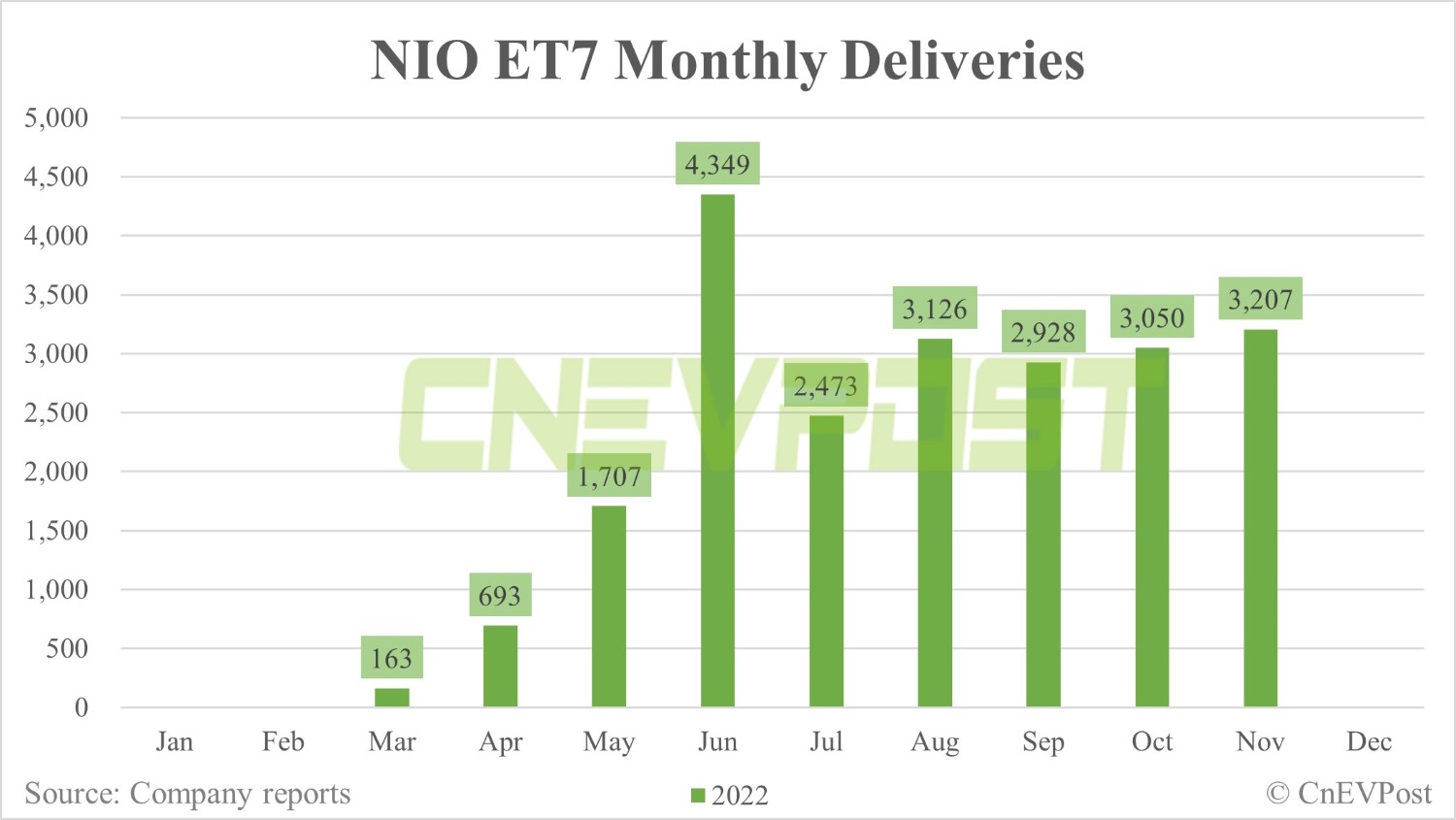 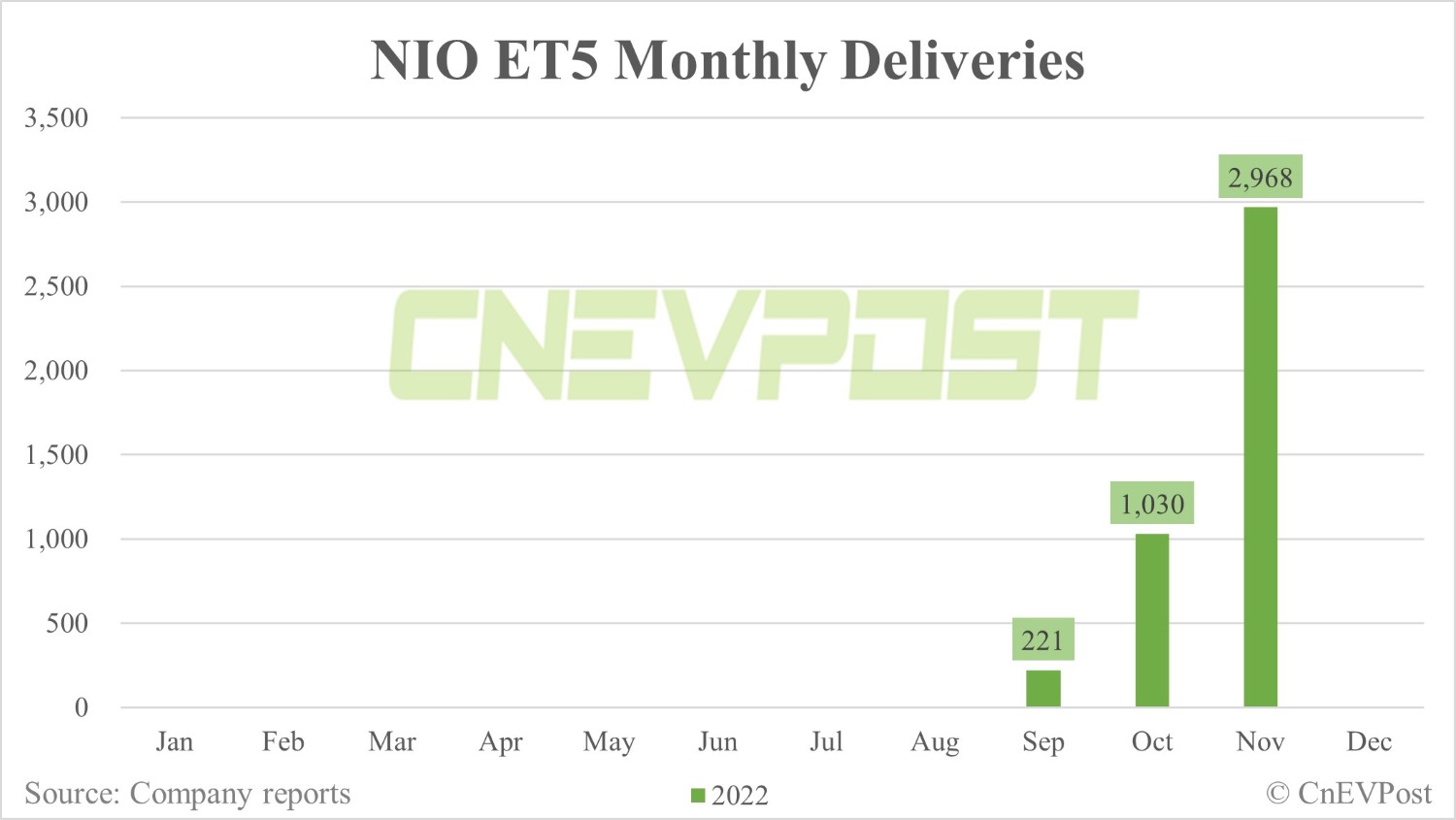 As of November 30, cumulative deliveries of NIO vehicles reached 273,741 units.

NIO will further accelerate production and deliveries in December, the company said.

Notably, in October, NIO launched the ET7, EL7 (ES7 in China) and ET5 for the European market at the NIO Berlin event. Deliveries of the ET7 have begun in five countries -- Germany, the Netherlands, Norway, Sweden and Denmark.

The vehicles under NIO Subscription in Europe are recognized as assets on NIO's balance sheet but not counted towards the announced delivery volume, the company previously said.

Before the monthly delivery figures are released, insurance registration figures are usually known every Tuesday.