Soaring energy costs are an obstacle to NIO's rollout of battery swap stations in Europe, and slower-than-expected planning approvals are also hindering the rollout. 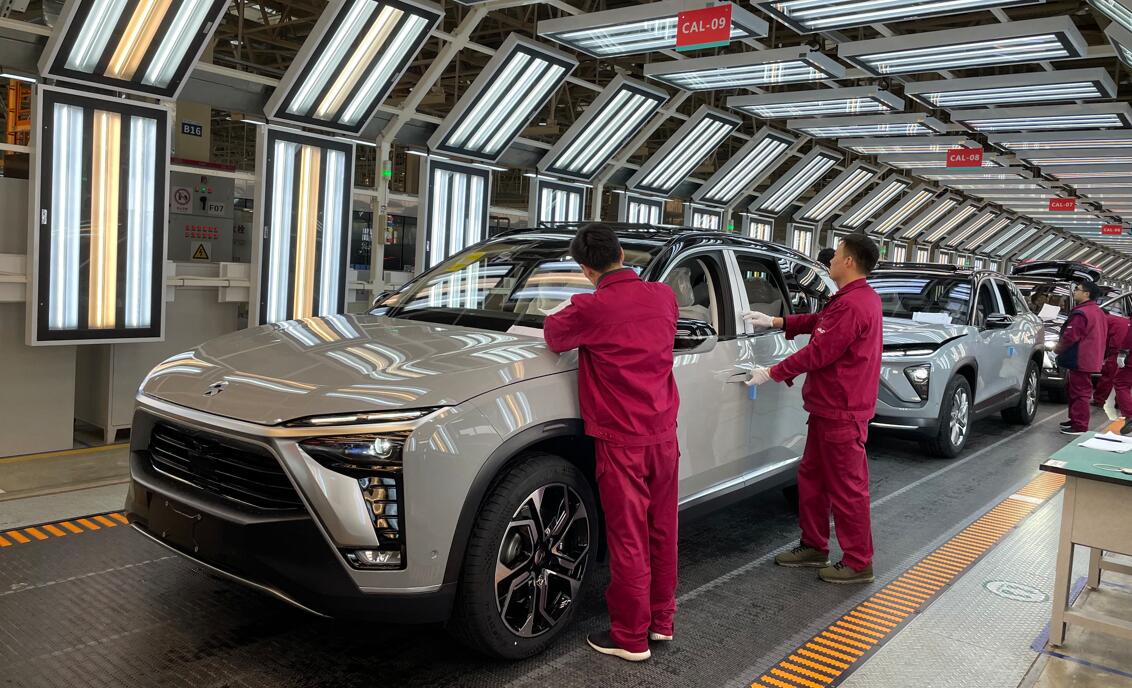 Europe's energy crisis is slowing NIO's expansion in the region, and soaring energy costs are an obstacle to the company's rollout of battery swap stations there, according to the helmsman of the Chinese electric vehicle (EV) maker.

"Right now we are behind the schedule regarding the swap station installation, but that is driven by multiple reasons and the electricity cost is one part," William Li, NIO's founder, chairman and CEO, was quoted as saying in a Tuesday report by the Financial Times.

In contrast to competitors that rely on battery charging, NIO's vehicles support not only charging but also rapid battery replacement, the latter being its signature way of replenishing energy.

NIO entered Norway a year ago, its first stop in the international market. The company opened its first NIO House in Norway on October 1 last year, and its first battery swap station in the country went into operation in January this year.

On August 15, NIO opened its second battery swap station in Norway, a new site in Vestby, between Oslo and Gothenburg, which will connect the Norwegian battery swap network to the planned network in Europe.

NIO will also build two new battery swap stations in Bergen, Norway, according to information previously published in the Norwegian version of the NIO app.

NIO is currently building battery swap stations in several other countries, and the company aims to start delivering vehicles to four additional countries this year, including Germany, the Netherlands, Denmark and Sweden.

To accelerate its battery swap network in Europe, NIO has built an NIO Power Europe Plant in Pest, Hungary, which began operations in September.

The plant, NIO's first overseas facility, covers about 10,000 square meters and saw its first battery swap station roll off the production line earlier this month, which was shipped to Germany.

NIO aims to have more than 4,000 battery swap stations worldwide by 2025, with 1,000 of them located in overseas markets.

As of September 27, NIO had 1,132 battery swap stations in China, according to data monitored by CnEVPost.

"We have been pretty fast and efficient in China," Li was quoted as saying by the Financial Times in the report Monday.

In Norway, where NIO began selling cars last September, about 95 percent of customers lease the batteries rather than buying them with the car, according to the Financial Times.

Another obstacle to the company's rollout in Europe is the need to install transformers, which are necessary to run the stations and can take up to two years to build. Li also noted the difficulty of obtaining planning permission for the sites.

"It will also take more effort than time for us to really communicate with all these authorities and offices to get the permit for approval from them," Li said.

NIO will consider building a manufacturing plant in Europe if its sales in the region reach 200,000 units, according to the report.

As of the end of August, NIO's cumulative deliveries since its inception stood at 238,626 units, which includes 71,556 units delivered in the first eight months of this year, according to data monitored by CnEVPost.

Li also said rising battery costs due to higher raw material prices would delay NIO's goal of achieving profitability in the near term, according to the Financial Times.

"Profitability is still our target, but what matters most is finding the right cadence for us to become profitable," Li said, pointing to the cost of growing its Chinese business while funding an aggressive international expansion.

In a conference call following the release of its fourth-quarter 2021 earnings results in late March, Li said NIO aims to break even in the fourth quarter of 2023 and achieve annual profitability for the first time in 2024.