NIO Q4 earnings call: Here's everything you need to know 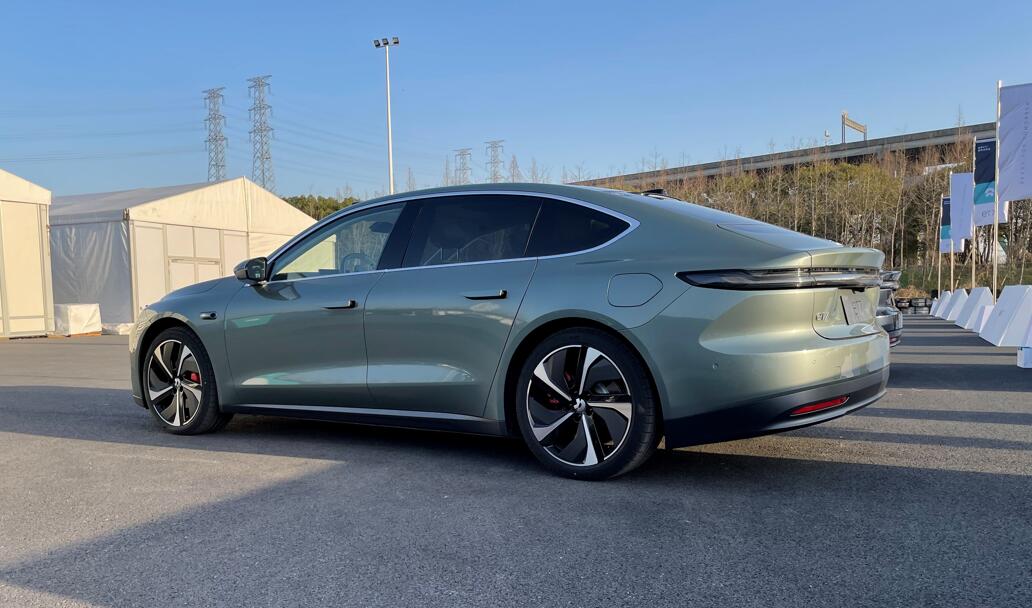 NIO (NYSE: NIO, HKG: 9866) announced its fourth-quarter earnings on Friday morning Beijing Time and revealed a lot of interesting content during the analyst call that followed.

NIO started allowing users to test drive the ET7 on March 5, and the flagship sedan is set to be delivered to its first customers on March 28.

After the test drive of ET7 was opened, the users who participated in the test drive gave high recognition to the ET7, according to William Li, founder, chairman and CEO of NIO.

Notably, just yesterday, there was a rumor that orders for the NIO ET7 reached 15,000, with deliveries predicted to reach 5,000 units per month, and that consumers who lock in their orders now will not get deliveries until six months later.

Li, when asked about the rumor during the conference call, said that NIO is unable to announce the order quantity of ET7 at this time, but it is more than what was mentioned in the rumor.

He also mentioned that NIO aims to allow users to subscribe to the NAD service in certain regions in the fourth quarter of this year.

ES7 to be delivered in the third quarter

NIO will soon release its first SUV model based on the NT2.0 platform, the ES7, a mid-size premium five-seat SUV, and plans to start deliveries in the third quarter of this year, Li said.

NIO sees the market for large five-seat SUVs growing quickly and does not think the ES7 will have an impact on sales of existing SUV models.

The production site has a planned capacity of 60 jobs per hour and is scheduled to start production in the third quarter of this year.

The first model to be produced at the NeoPark facility is the ET5, which already saw its first pilot car roll off the production line at the pilot production center on March 16.

In several previous earnings calls, Li had mentioned battery supply as one of the most significant bottlenecks to NIO's production capacity, and today he made some interesting changes to his wording.

Battery capacity should be able to match NIO's demand this year, and price increases are a different matter, he said.

Chip supply remains a challenge, of which 10 percent will be tight from time to time, Li said, adding that NIO already had some gross profit losses last year because of chip price increases, which have been taken into account this year.

The supply of high-end chips, including Nvidia Orin, is fine, and the main challenge is some basic and cheaper chips, he said.

He also mentioned that the current NIO-JAC production site aims to reach a capacity of 60 jobs per hour by mid-year.

Although Li reiterated that NIO will not raise the price of existing models at this time, this is actually a complex issue.

NIO currently has no plans to increase prices, but will have product improvement plans this year and will consider product pricing strategies based on the price of raw materials, he said.

The product improvement plan Li referred to is the upgrade of the smart cockpit that NIO has communicated to users many times before.

NIO's 2022 ES8, ES6 and EC6 will be significantly upgraded with the 8155 chip and 5G communication module, as well as several other optimization improvements, and prices will be reasonably adjusted, he said.

NIO will also provide existing customers with post-installation upgrades for the above hardware, Li added.

The company's increased sales also served to spread costs, but rising power cells and materials had a negative impact on gross profit, he said, adding that NIO's gross margin target for the full year was still set at 18-20 percent, taking into account raw material price increases.

He called on upstream makers not to do speculative price increases, which are not good for the industry as a whole.

The core team of NIO's new brand for the mass market has been built, with a clear strategic direction and development plan, Li said.

The first products of the sub-brand are already in the critical development stage, he added.

NIO will not go into the mass market at the expense of gross profit, Li said.

NIO aims to break even in the fourth quarter of 2023 and achieve its first annual profit in 2024, Li said.

The company will continue to increase R&D investment in key technologies in the coming years, especially in areas related to full-stack autonomous driving technology and power batteries.