NIO did not announce what the event will involve, although it can be expected that the ET7 will be formally introduced to European consumers. 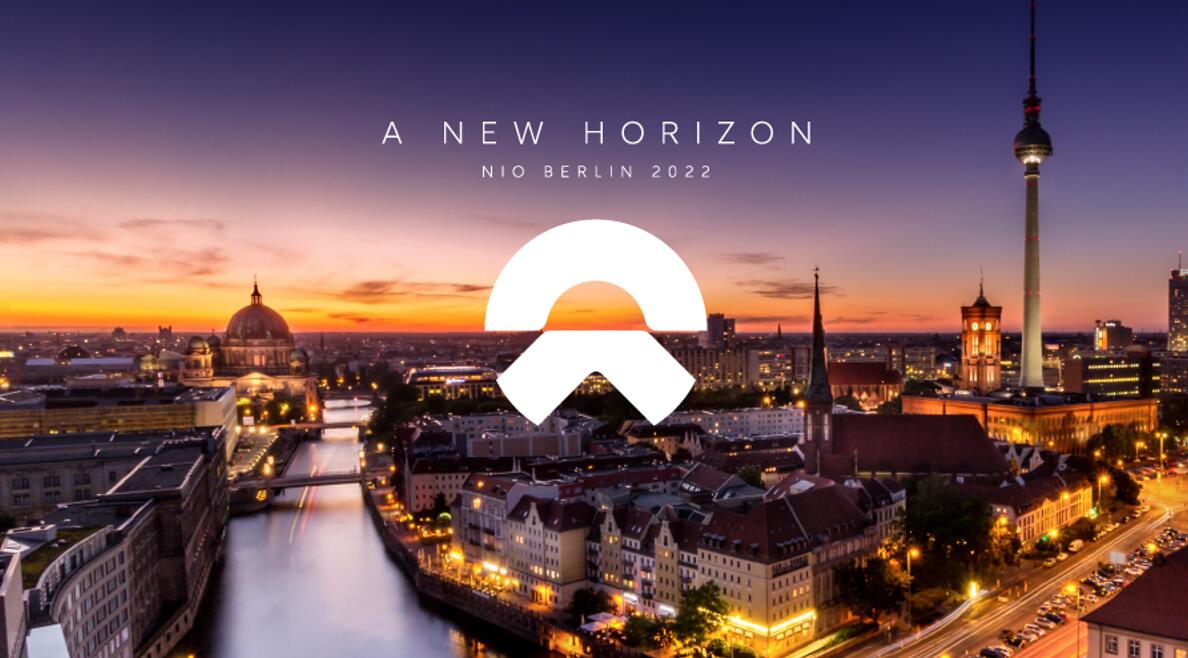 NIO will hold the NIO Berlin 2022 event on October 7 local time, which seems to be its European version of NIO Day.

The Chinese electric vehicle (EV) maker will hold NIO Berlin 2022, its European launch event, in Berlin on October 7, it announced today. Themed "A New Horizon", the event will be live-streamed globally at 18:00 Central European Time (0:00 Beijing time on October 8), it added.

"The horizon stands for hope and a brighter tomorrow. It is a symbol of exploring new possibilities in our life," said Willian Li, founder, chairman and CEO of NIO.

"We have always been dedicated to shaping a joyful lifestyle for our users via our products, services and the user communities. As a global brand, this mission serves a broader community worldwide. Now, we start with Europe," Li said.

In May 2021, NIO announced market entry for Norway, marking the brand's first step into the global market.

In September 2021, the first NIO House outside of China was opened in Oslo, Norway. This year, NIO will enter the market of Germany, the Netherlands, Sweden and Denmark, it said,  reiterating previous plans.

NIO has not announced what the NIO Berlin 2022 event will involve, but it can be expected that the company's flagship sedan ET7 will be officially introduced to European consumers at the event.

Last month, NIO sent the first ET7s to Europe via three ships, and the company said at the time that the ET7s would be open for pre-orders for consumers in countries including Germany, the Netherlands, Denmark, Sweden and Norway, and deliveries would begin this year.

Notably, trailers transporting the ET7 had begun to appear in several European cities before these ships arrive, suggesting that the company may have sent a small number of the sedan to Europe earlier.

Both Li and NIO co-founder and president Qin Lihong are currently in Europe, and Li today shared four images showing what the two NIO bosses are doing in Europe.

NIO will launch other models in Europe starting this year, including the ET7 and ET5 sedans, a Reuters report said yesterday, citing a phone interview with Qin.

"It’s just like two runners on their tracks," Qin said, according to the report. "If you have a great lead, you just need to keep your own pace."

On September 16, NIO's NIO Power Europe Plant in Budapest, Hungary, saw the first battery swap station roll off the line, which was shipped to Germany.