The first battery swap station made by NIO Power Europe Plant will be shipped to Germany. 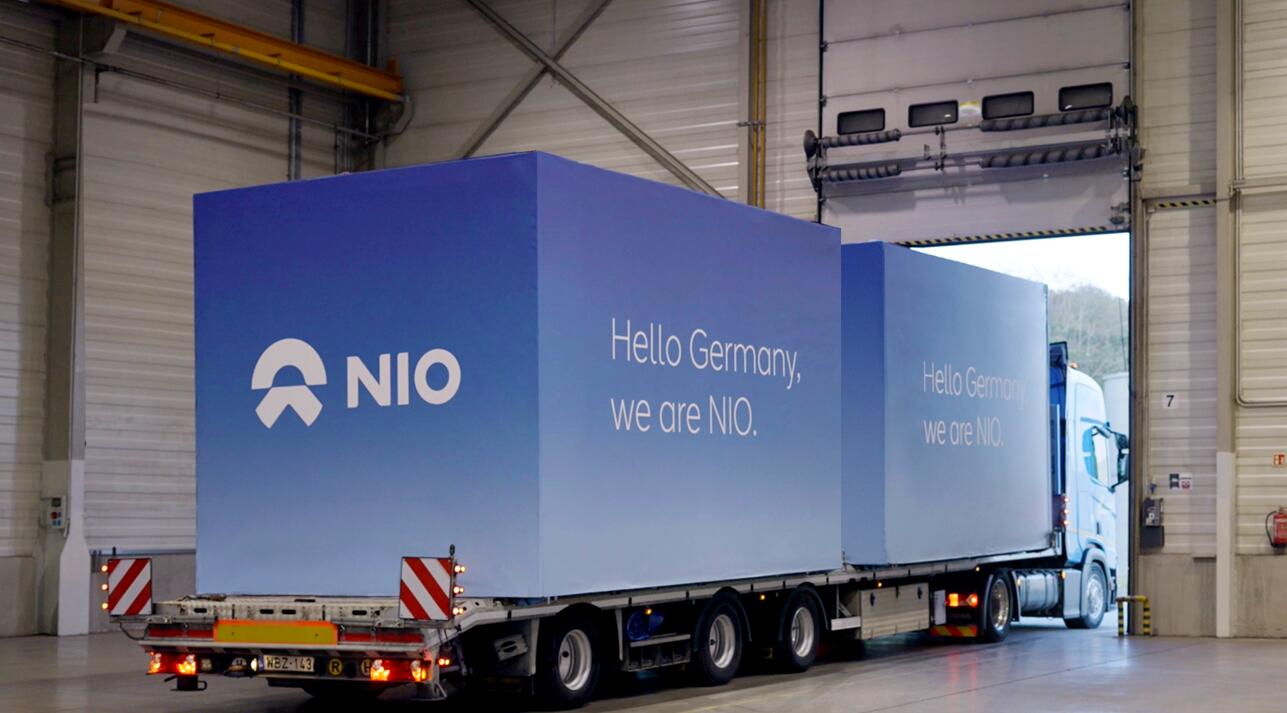 The NIO Power Europe Plant in Budapest, Hungary, has seen the first battery swap station roll off the production line and it will be shipped to Germany, the Chinese electric vehicle company announced today.

The first battery swap station from the plant means the company is picking up speed in providing power services to customers in Europe, he said.

Hungarian officials, as well as officials from the Chinese Embassy in Hungary, toured NIO's facility and attended the shipment ceremony, according to the company. 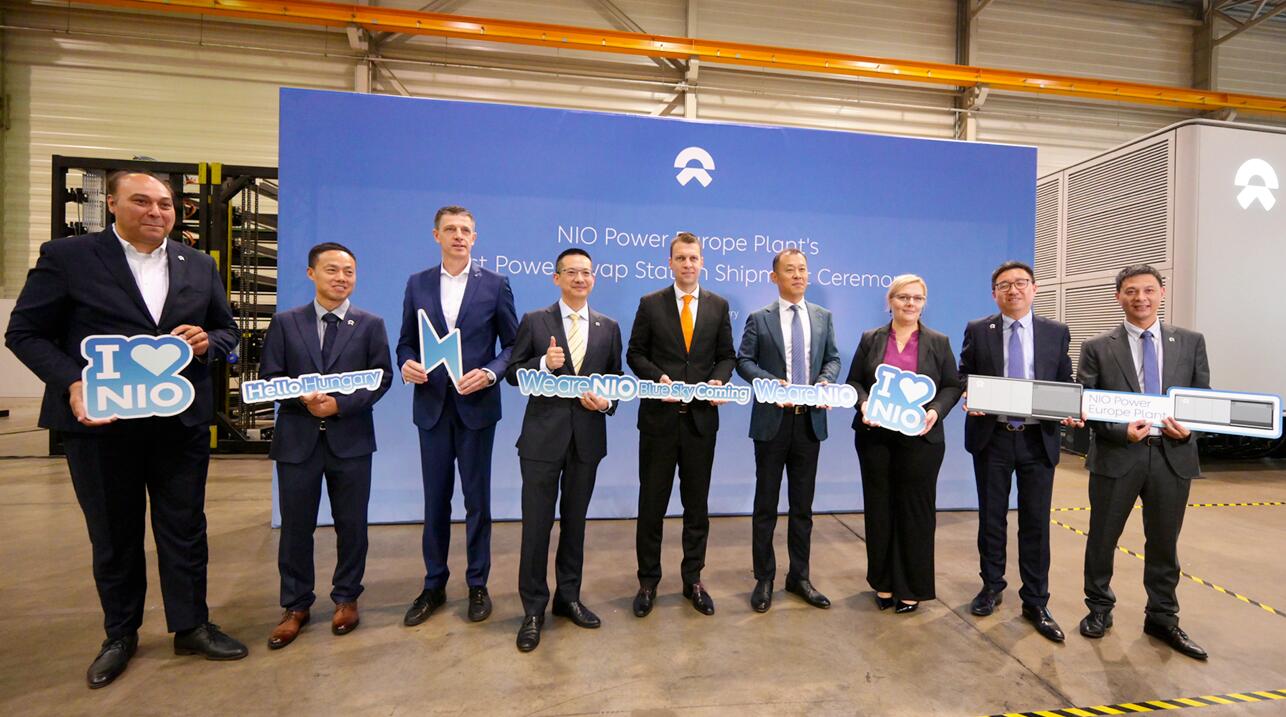 NIO announced on July 29 that the NIO Power Europe Plant, its first overseas plant covering about 10,000 square meters, will be operational in September and will serve as a production, service and R&D center for NIO's power products in Europe.

The plant's main activities include the production and after-sales service of battery swap stations, training for European power operations, and research and development of power products.

With the plant in operation, NIO will further improve its power network and service efficiency, as well as user experience in Europe, the company said today. 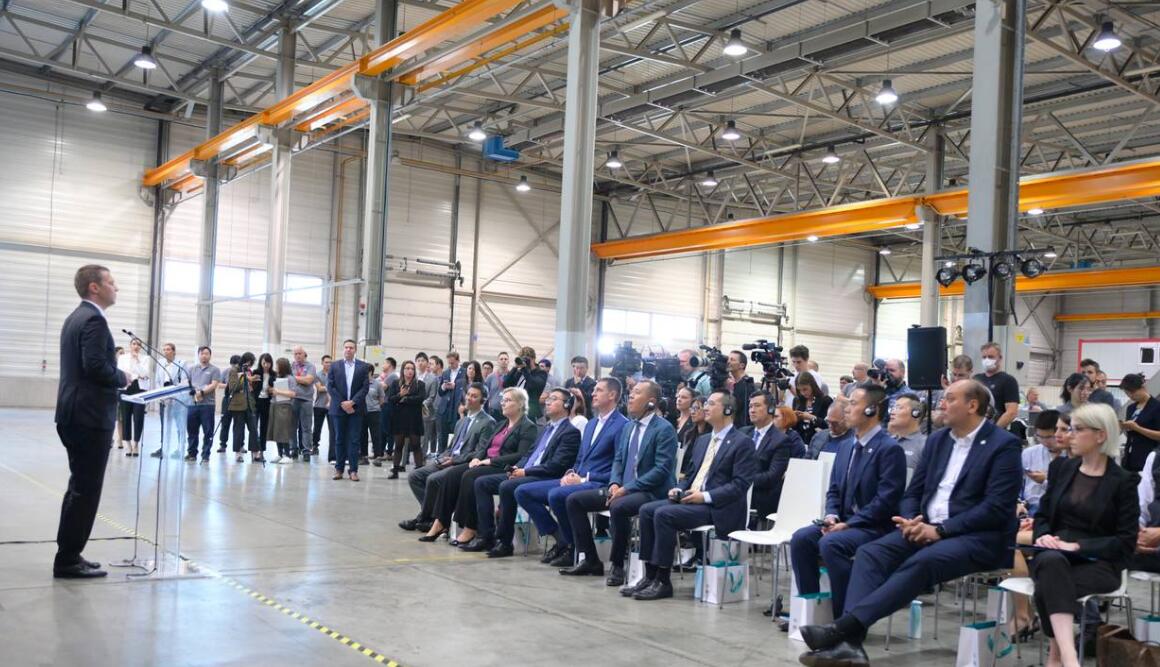 The plant will support NIO's goal of building a cumulative total of 1,000 battery swap stations overseas by 2025, Qin said, repeating a previous goal.

"The inclusive and positive environment for investment and cooperation in Hungary has guaranteed our factory’s smooth operation and the production of the swap station," said Qin.

NIO will further increase its investment in Hungary and establish an operation center to implement the company's strategies in the European markets, Qin said. 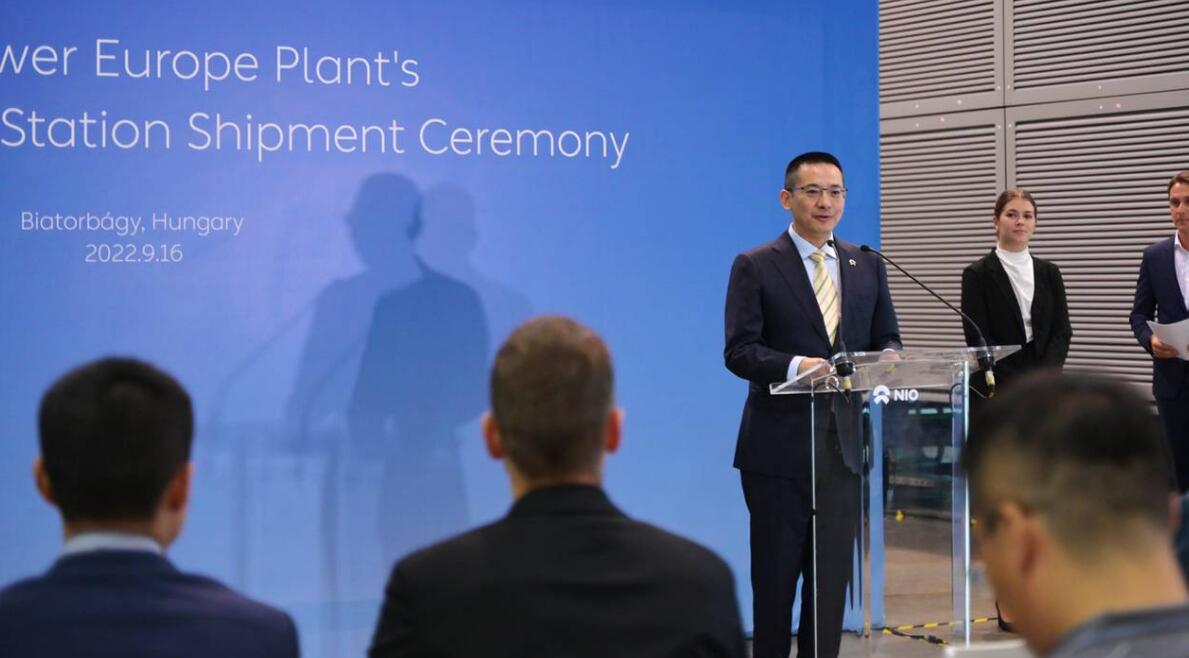 (NIO co-founder and president Qin Lihong speaks at a ceremony.)

The opening of the plant comes at a time when NIO is increasing its efforts in Europe.

NIO made an internal announcement of organizational restructuring on June 1 to reorganize the management of its European operations, with Qin directly leading the local team, according to local media Sina Tech.

NIO has said many times that the company has targeted the global market from its inception, not just China, the world's largest automotive market.

In a conference call following the release of its third-quarter 2021 earnings on November 10 last year, William Li, founder, chairman and CEO of NIO, said that from a global perspective, NIO wants to be the most satisfying brand for users around the world.

NIO has its own goals for expansion in the global market, but it is hard to say which year it will reach its goals, in the long term, it is a reasonable plan for overseas markets to contribute 50 percent of sales, Li said.

NIO announced its official entry into Norway on May 6 last year, and its first NIO House in the country opened on October 1 last year. The company announced earlier today the opening of its first NIO Space in Norway.

At the NIO Day 2021 event on December 18, Li said NIO will enter Germany, the Netherlands, Sweden and Denmark in 2022 and will offer products and services in 25 countries by 2025.