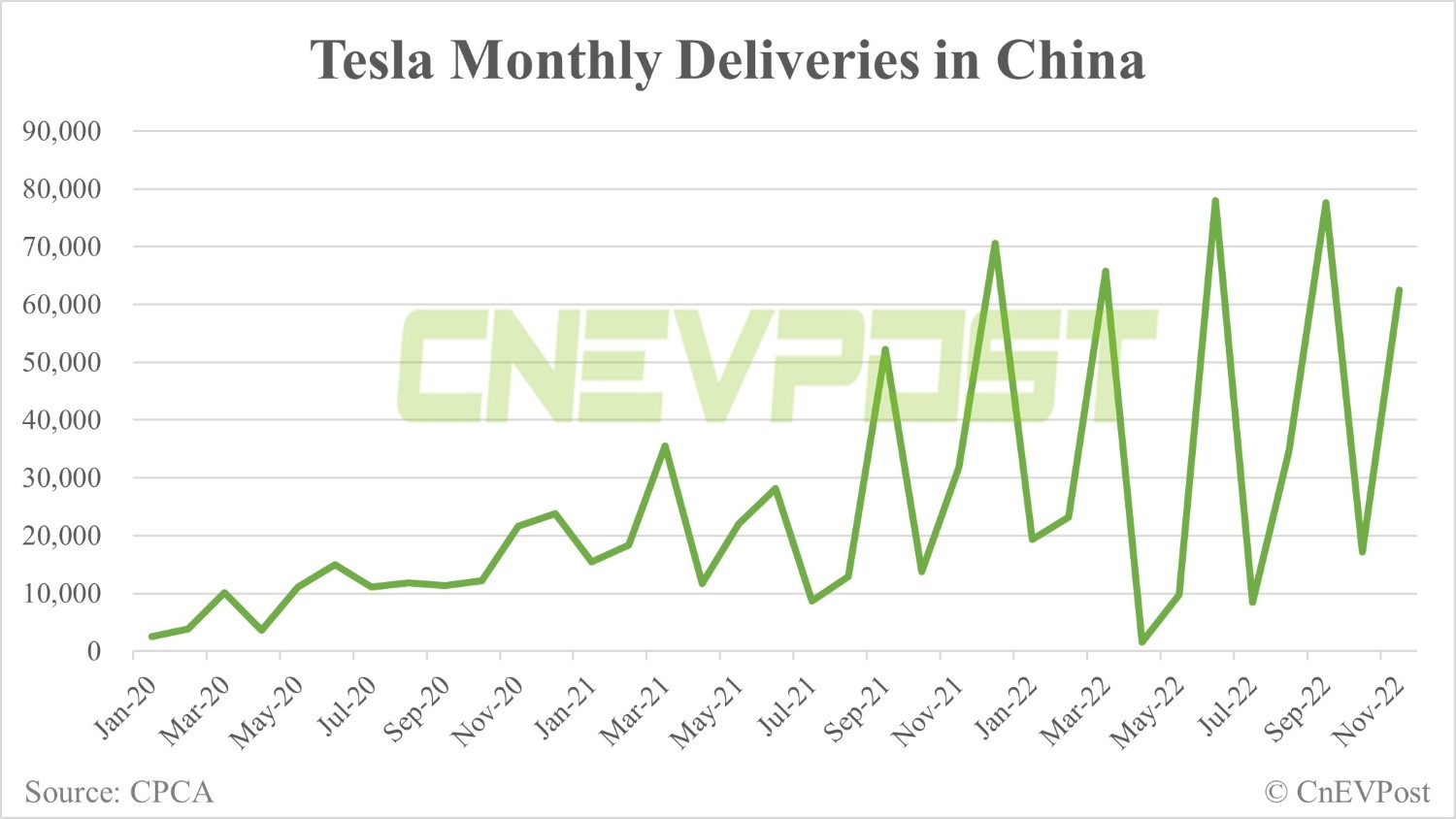 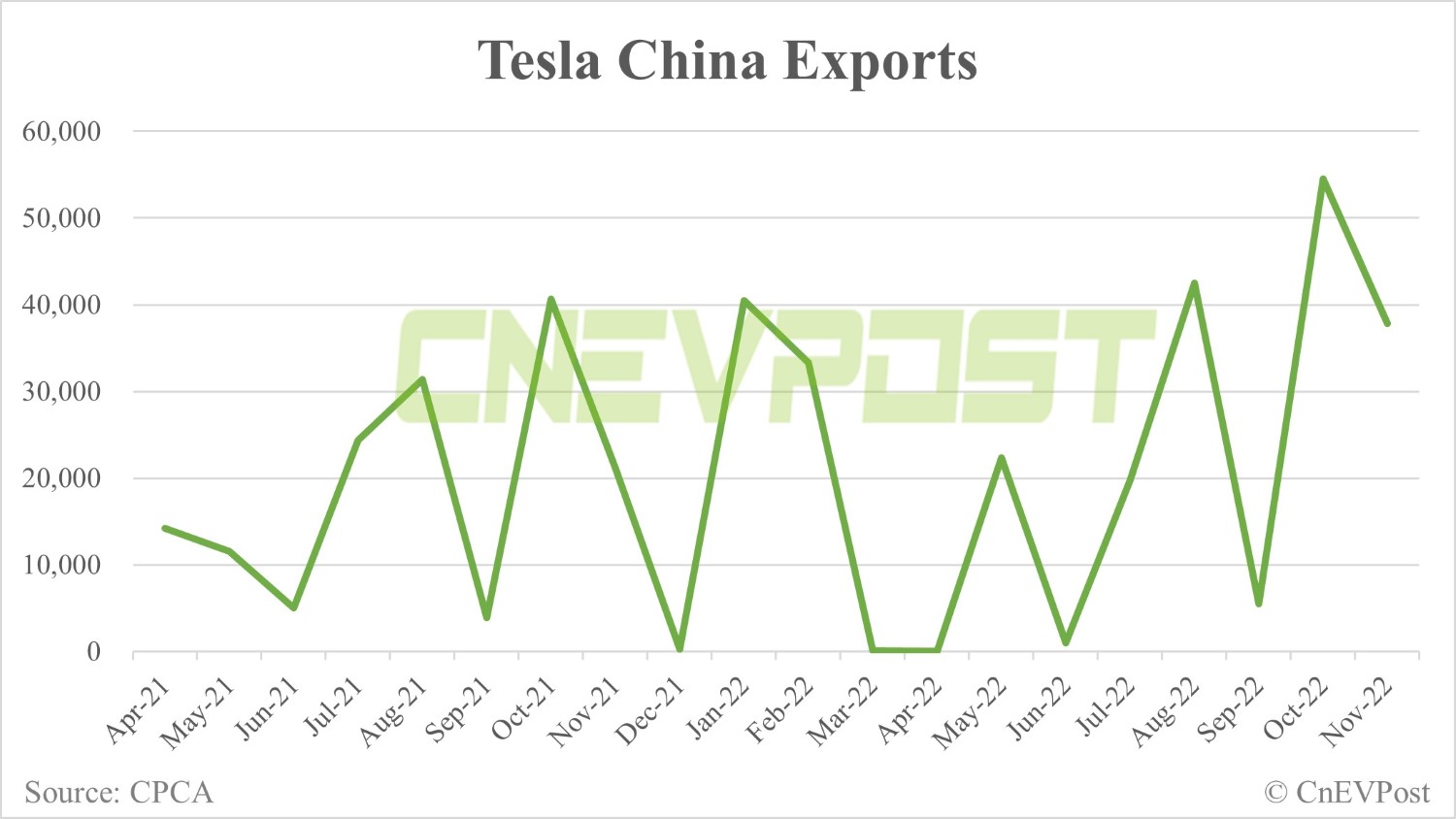 Tesla sold 100,291 China-made vehicles in November, a new single-month high, according to data released by the CPCA on December 5.

From January to November, Tesla sold 655,069 China-made vehicles, up 62.86 percent from 402,231 units in the same period last year, data monitored by CnEVPost showed.

Tesla's Shanghai plant locally produces the Model 3 sedan as well as the Model Y crossover. Notably, the plant not only delivers vehicles to Chinese consumers but is also an export center for Tesla.

Among the China-made vehicles sold by Tesla in November were 69,098 Model Ys, according to data released today by the CPCA. This means that Tesla sold 31,193 China-made Model 3 vehicles in November.

These Model 3 and Model Y figures include those delivered in China as well as those exported.

Retail sales of all new energy passenger vehicles in China were 598,000 units in November, meaning that Tesla's market share in the NEV market here for the month was 10.45 percent, up from 8.39 percent in the same month last year and 3.09 percent in October. 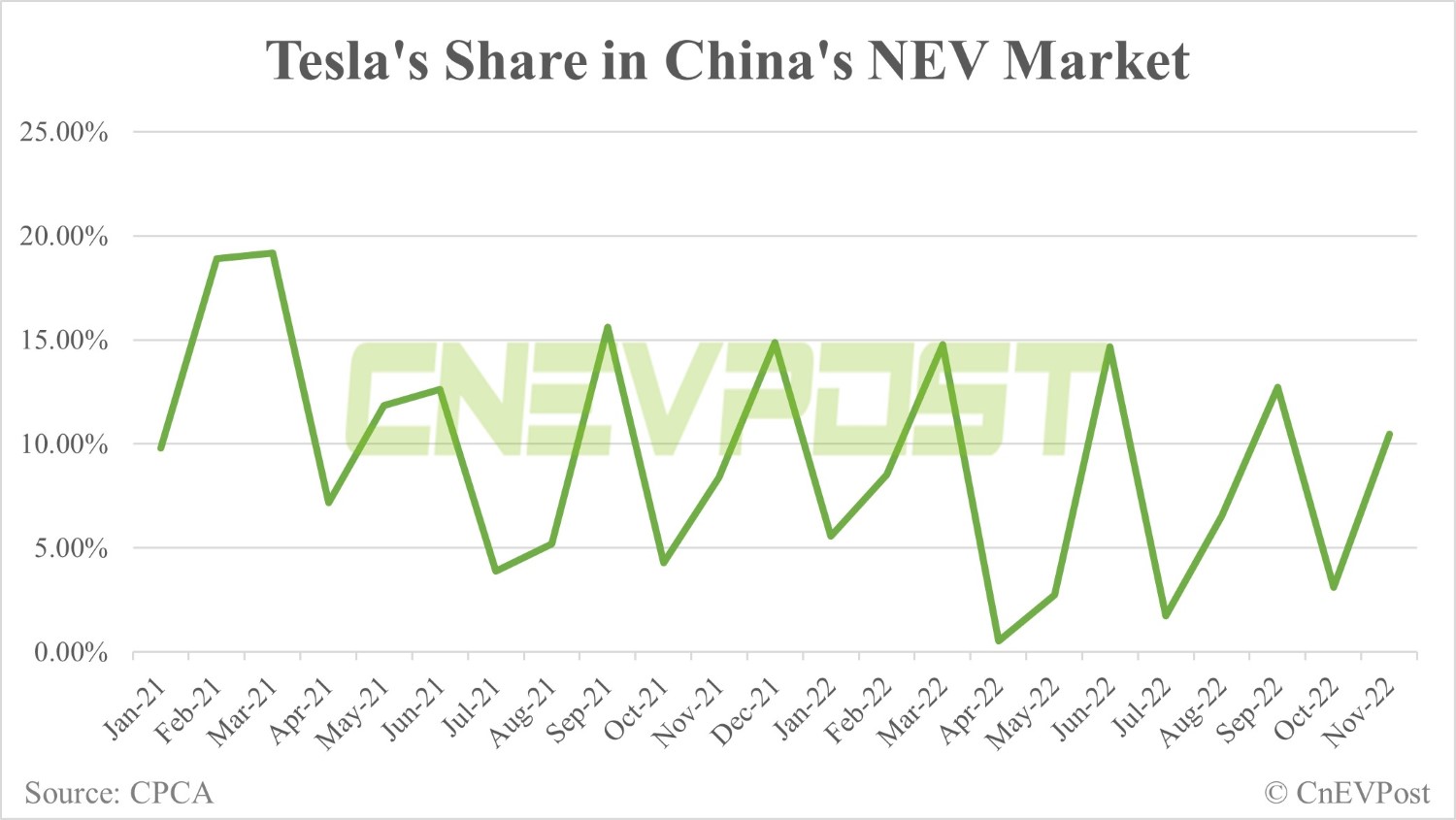 When considering only battery electric vehicles (BEVs), Tesla vehicles stood at 14.4 percent of the 434,000 all BEV sales in China in November, lower than BYD's 26.25 percent. 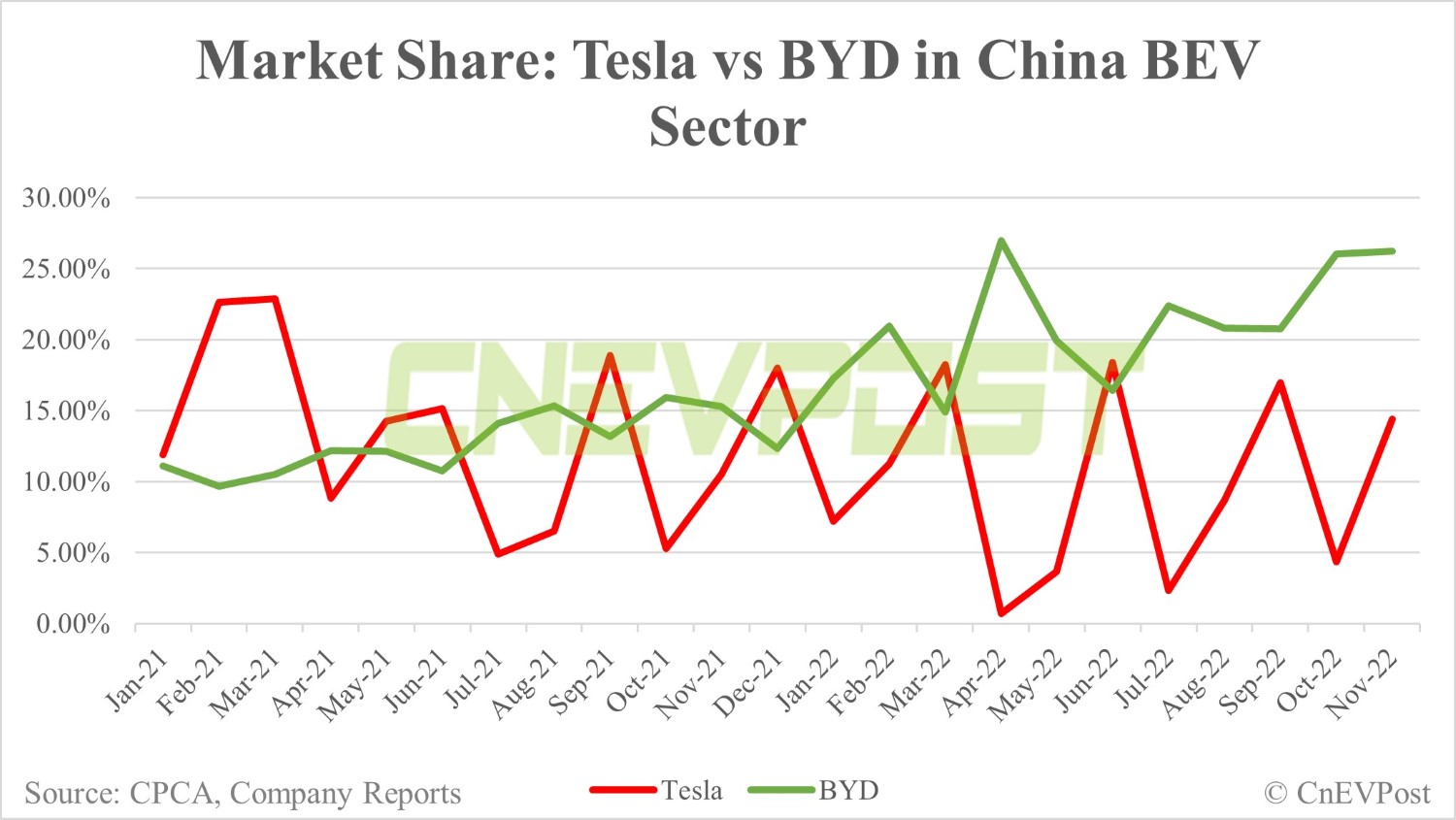 From January to November, Tesla delivered 397,844 vehicles in China, up 59.05 percent from 250,141 in the same period last year, CnEVPost's calculations show.

In the first 11 months, Tesla's Shanghai plant exported 257,225 vehicles. The figures are unavailable for the same period last year.

Notably, Tesla appears to be facing sluggish demand growth in China at the moment.

On October 24, Tesla lowered the prices of its full range of Model 3 and Model Y models in China, bringing the price of the entry-level Model Y down to within RMB 300,000 so that it can take advantage of China's new energy vehicle (NEV) purchase subsidies that will expire at the end of the year.

On November 8, Tesla announced on Weibo that between November 8 and December 31, consumers who purchase the Model 3 and Model Y from Tesla's insurance partners will receive a discount on the final payment.

On November 22, local tech media Huxiu cited unnamed sources as saying that after two promotions in China, Tesla's order increment was still less than expected and that it would introduce new "price cuts" before the end of the year to boost sales.

On December 7, Tesla offered Chinese consumers an additional discount of 6,000 yuan on vehicles already in production.

The latest discount was offered after Reuters and Bloomberg reported on December 5 that Tesla planned to reduce production at its Shanghai plant by more than 20 percent as demand fell short of expectations.

Tesla has been trying to keep the plant running at full capacity since it opened in China in late 2019.

Tesla upgraded the production line at the Shanghai plant in July and August, allowing for an increase in annual capacity to about 1.1 million units, according to multiple media reports previously.