Tesla makes cars for export in first half of quarter & for local market in second half, Musk says on Weibo

In July, 70 percent of China-made Tesla vehicles were exported. 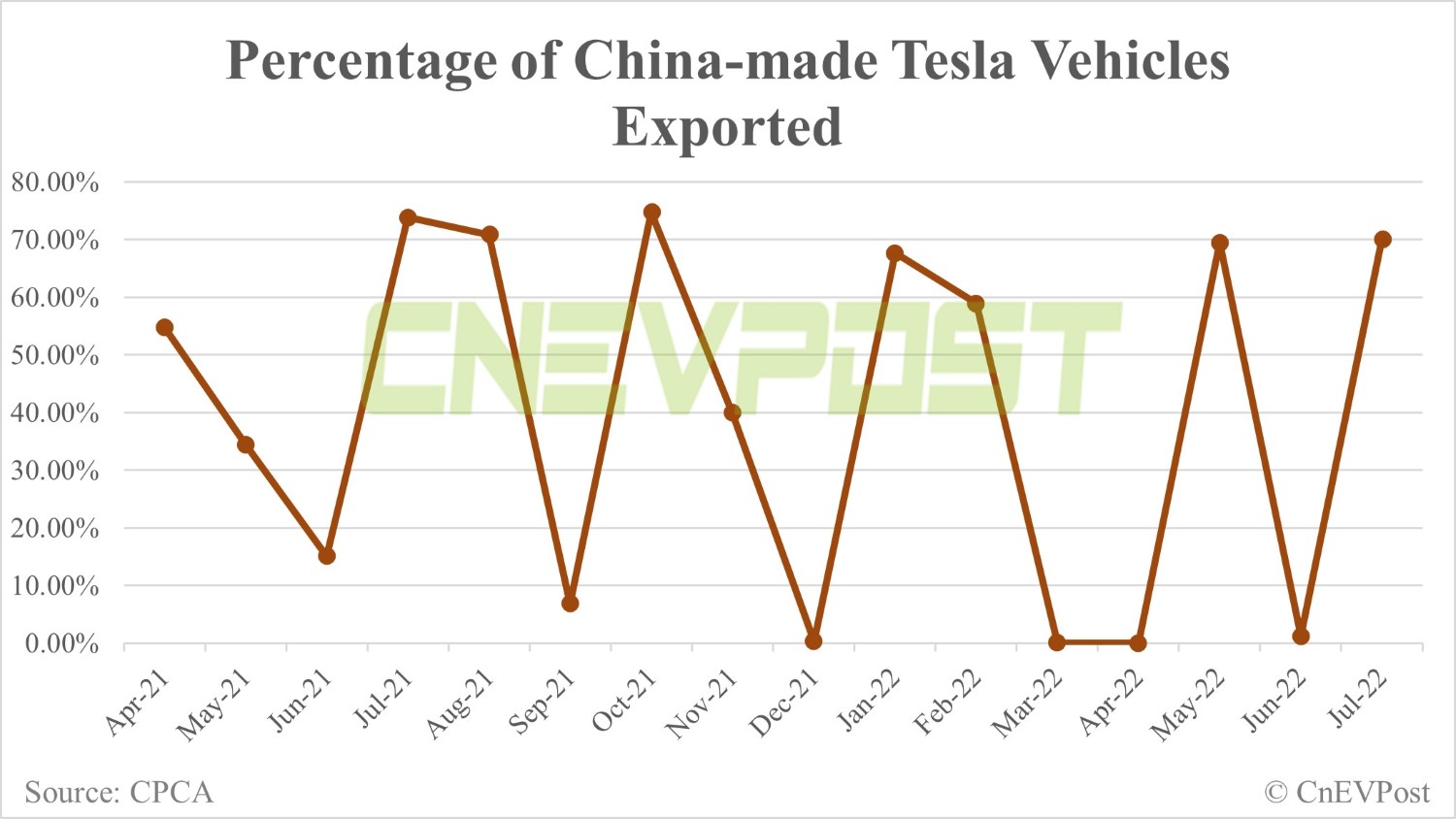 The large number of exports from Tesla's Shanghai plant has often caused the automaker's local deliveries in China to fluctuate dramatically. While this presents something of a pattern, the company's direct explanation makes things clearer.

"Tesla makes cars for export in first half of quarter & for local market in second half," the company's CEO Elon Musk's account wrote on Weibo today in both Chinese and English.

In fact, previous delivery figures from Tesla's Shanghai plant have shown this pattern.

But the decline was caused by the shutdown of part of Tesla's production line at its Shanghai plant from late July to early August for upgrades.

In April, due to the Covid lockdown, Tesla's Shanghai plant sold only 1,512 China-made vehicles, without any exports.

But the vehicles that should have needed to be exported at the beginning of the second quarter were made up in May.