Tesla China's sharp decrease in wholesale sales in July was not due to a new obstacle to its operations, but rather to production line upgrades. 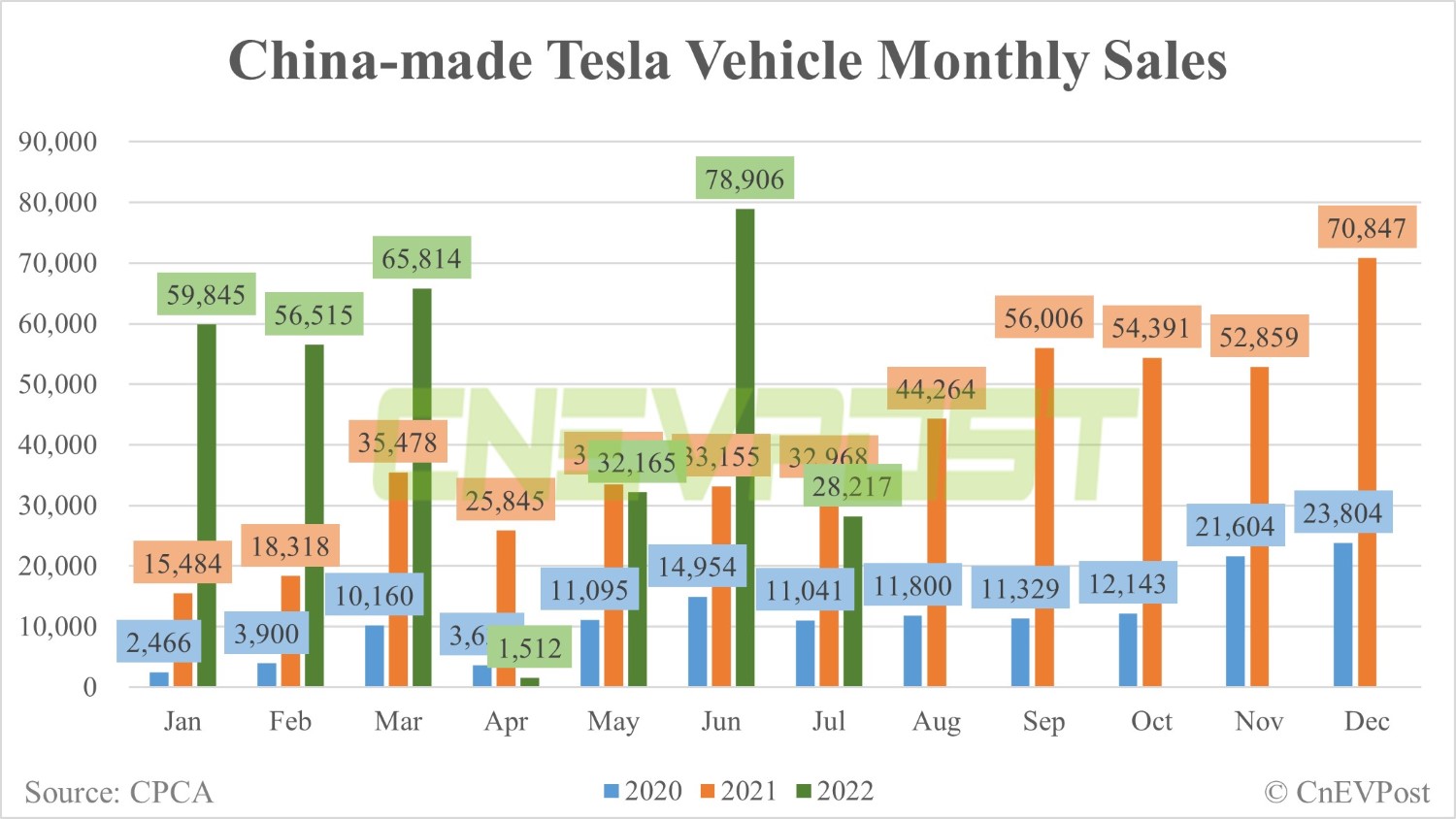 Tesla China's wholesale sales in July were 28,217 units, down 64.24 percent from 78,906 units in June and down 14.41 percent from 32,968 units in the same month last year, according to data released today by the China Passenger Car Association (CPCA).

Tesla currently produces and delivers vehicles including the Model 3 as well as the Model Y in China. Their July breakdown data is not yet available. 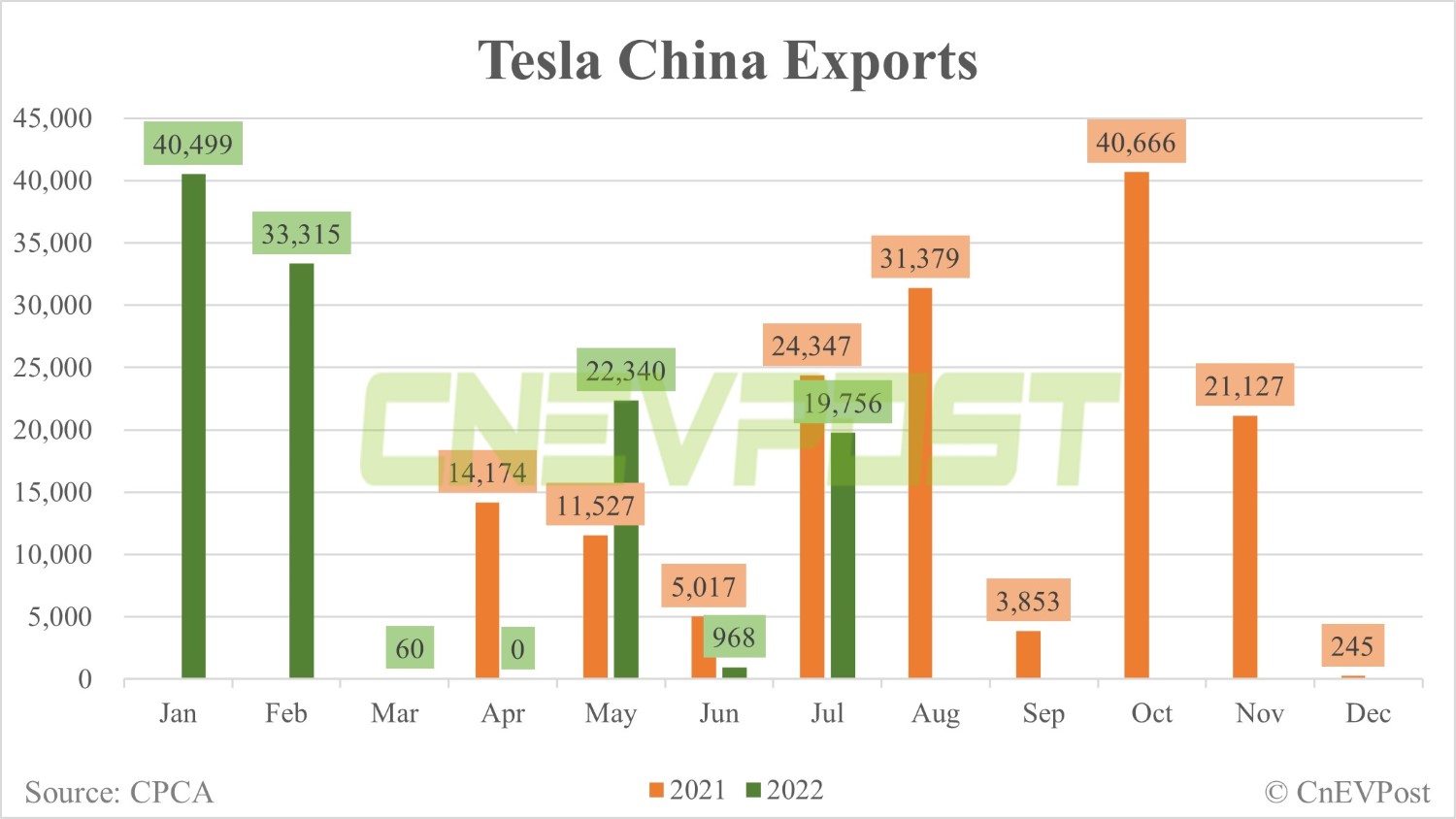 In July, wholesale sales of new energy passenger vehicles in China were 564,000 units, up 123.7 percent year-on-year and down 1.1 percent from June, according to the CPCA.

Retail sales of new energy passenger vehicles in July were 486,000 units, up 117.3 percent year-on-year and down 8.5 percent from June.

It is worth noting that Tesla China's significant decrease in sales in July was not due to new obstacles in its operations, but rather to production line upgrades.

On July 22, local media Auto Time reported that Tesla began upgrading its Giga Shanghai in July, with the second phase of the production line responsible for producing the Model Y completing the upgrade on July 16.

The first phase of the production line responsible for producing Model 3 sedans began the upgrade on July 17 and is expected to be completed on August 7, according to the report.

Tesla employees at the plant's phase 1 production line have been on leave since July 17 and are expected to work normally from August 8, the report said, citing several sources.

Tesla's Shanghai plant has an annual capacity of more than 750,000 units, according to the company's second-quarter earnings report released on July 20.

In addition to these two plants, Tesla's plants in Berlin, Germany, and Texas, US, both with an annual capacity of more than 250,000 units, currently produce only the Model Y.