Tesla's (NASDAQ: TSLA) factory in Shanghai has officially surpassed its plant in California to have the largest capacity.

Giga Shanghai, which makes the Model 3 and the Model Y, now has an annual capacity of more than 750,000 units, according to Tesla's second-quarter earnings report released on July 20 US Eastern time. 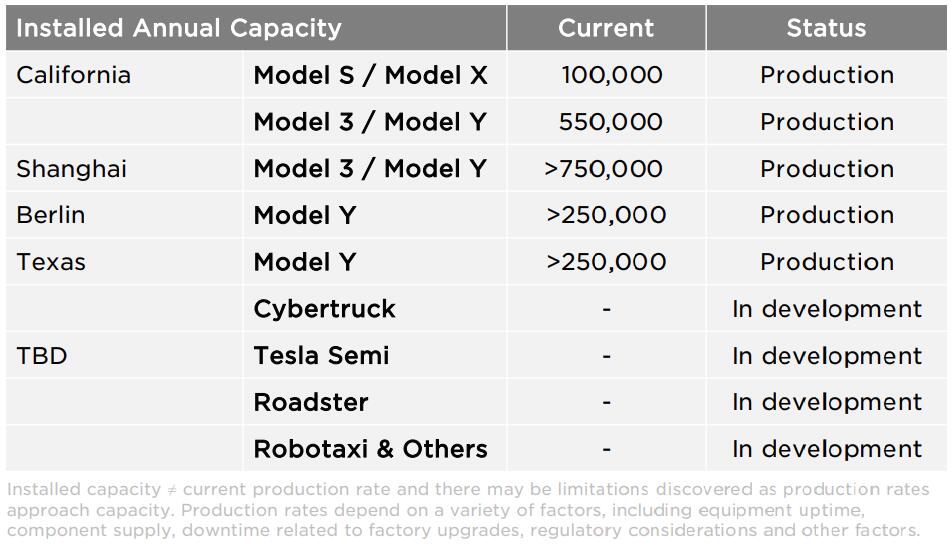 This means that Tesla now has a global vehicle production capacity of more than 1.9 million vehicles, up from 1.05 million in the first quarter.

"While the Shanghai factory was shut down fully and then partially for the majority of Q2, we ended the quarter with a record monthly production level. Recent equipment upgrades will enable us to continue to increase our production rate further," Tesla said in its earnings report.

It's worth noting that Giga Shanghai still appears to be in the process of upgrading its production capacity.

On June 23, Bloomberg reported that Tesla was taking steps to increase production at its Shanghai plant, partially suspending manufacturing capacity for various periods until early August to upgrade production lines.

In addition, during a conference call following the earnings announcement, an investor asked Tesla how it sees competition in the Chinese market.

Tesla CEO Elon Musk said he has great respect for China's electric vehicle makers, saying they are smart and hard-working and anybody that’s not as competitive as them will suffer a decline.

Tesla China exported just 968 vehicles in June, according to the CPCA, meaning it delivered 77,938 vehicles locally, accounting for 98.77 percent of all sales in June.