Correction: The previous version of the chart for January-June had a technical error causing the models to not match the data. 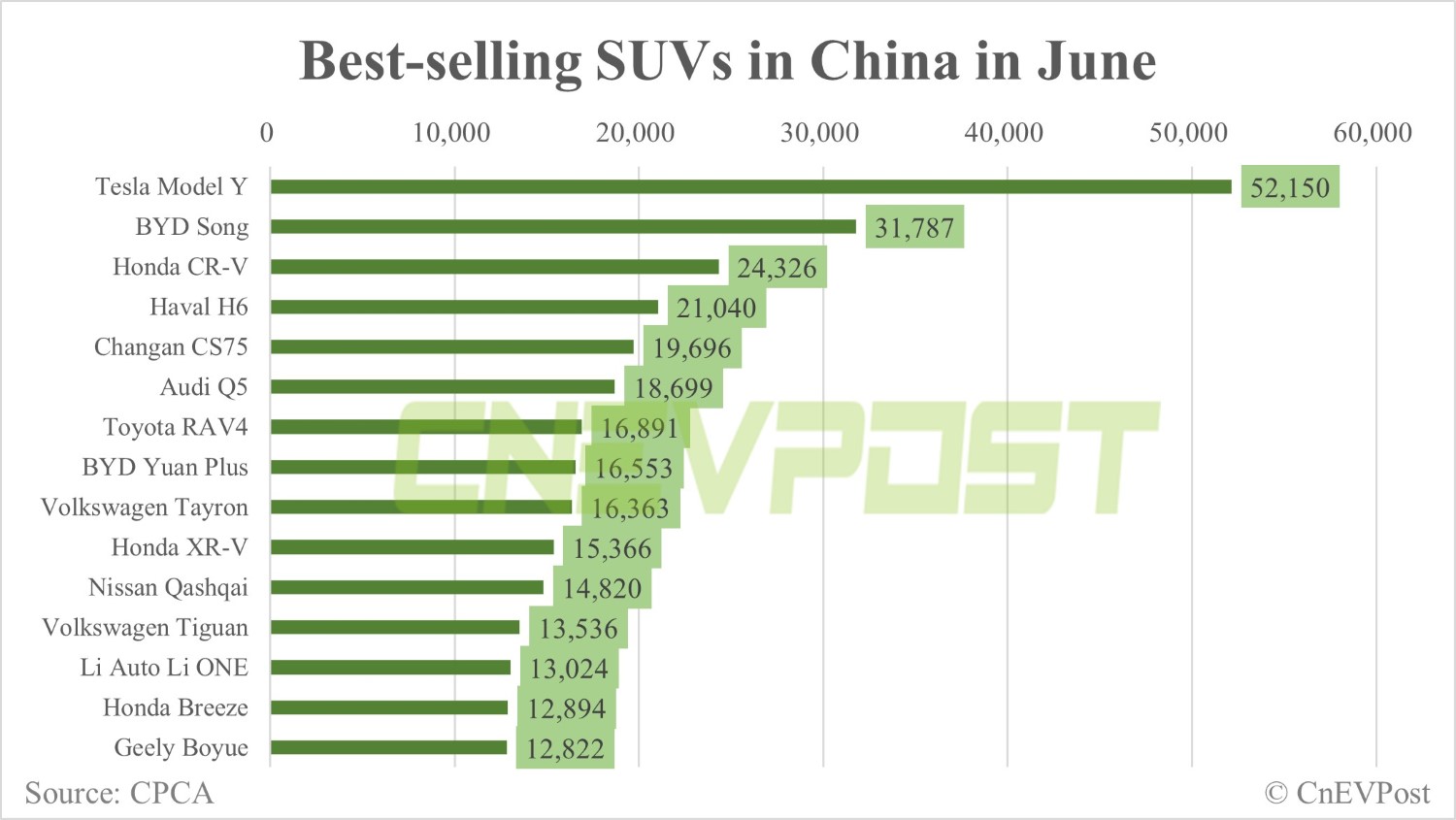 Tesla Model Y sales in China saw a strong comeback in June, after plunging in April and May due to the lockdown in Shanghai that affected production.

The SUV saw retail sales of 52,150 units in China in June, up 348.7 percent from 11,623 units a year ago, making it the best-selling SUV in China in the month, according to a list released today by the China Passenger Car Association (CPCA).

It is important to note that the list considers all SUVs, including electric vehicles (EVs) as well as traditional internal combustion engine (ICE) vehicles, and all price points.

The Model Y sold far more units in June than the BYD Song in second place, which sold 31,787 units in June, up 122.1 percent year-on-year.

Tesla sold 78,906 China-made vehicles in June, surpassing last December's record high of 70,847, according to data released by the CPCA on July 8.

Retail sales of the model in China in March were 39,730 units, making it the highest-selling SUV in China for the month and the first quarter.

However, with the production halt of Tesla's Shanghai plant from March 28 to the end of April due to the Covid lockdown, Model Y retail sales in China dropped to 960 and 5,875 units in April and May, respectively. 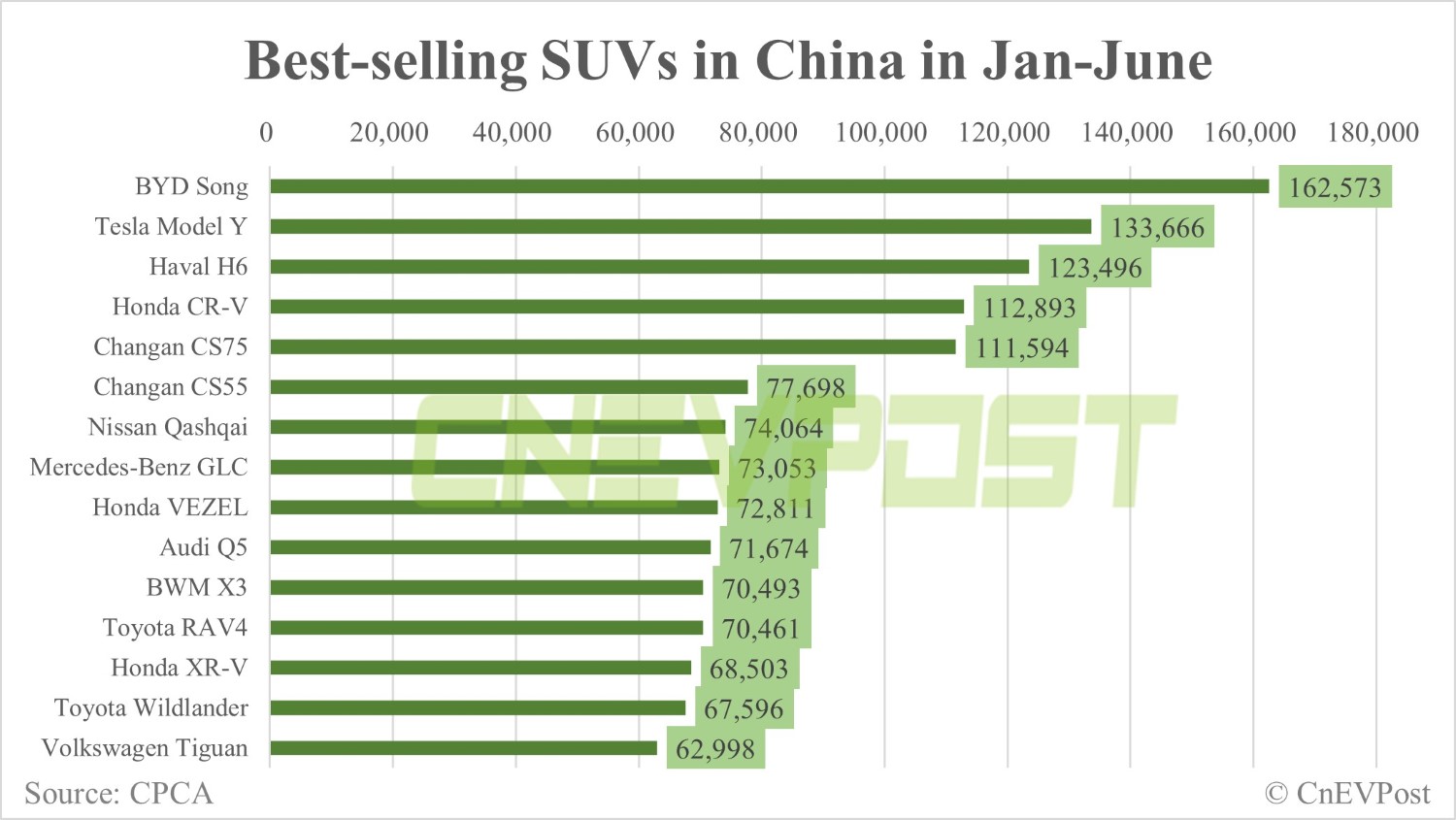 Tesla's factory in Shanghai currently only produces the Model Y as well as the Model 3, and the Chinese population's preference for SUVs has allowed the Model Y to perform better than the Model 3 for most of the past year.

The Tesla Model 3 came in third in the June sales ranking of new energy sedans, behind the Mini EV with 39,798 units and the BYD Qin with 26,383 units.