In China's premium SUV market, other models still have a long way to go if they want to catch up to the Tesla (NASDAQ: TSLA) Model Y, even if its sales almost stopped for a month.

Tesla Model Y retail sales in China from January to April were 75,641 units, up 246.5 percent from 22,829 units a year ago, according to data released today by the China Passenger Car Association (CPCA). 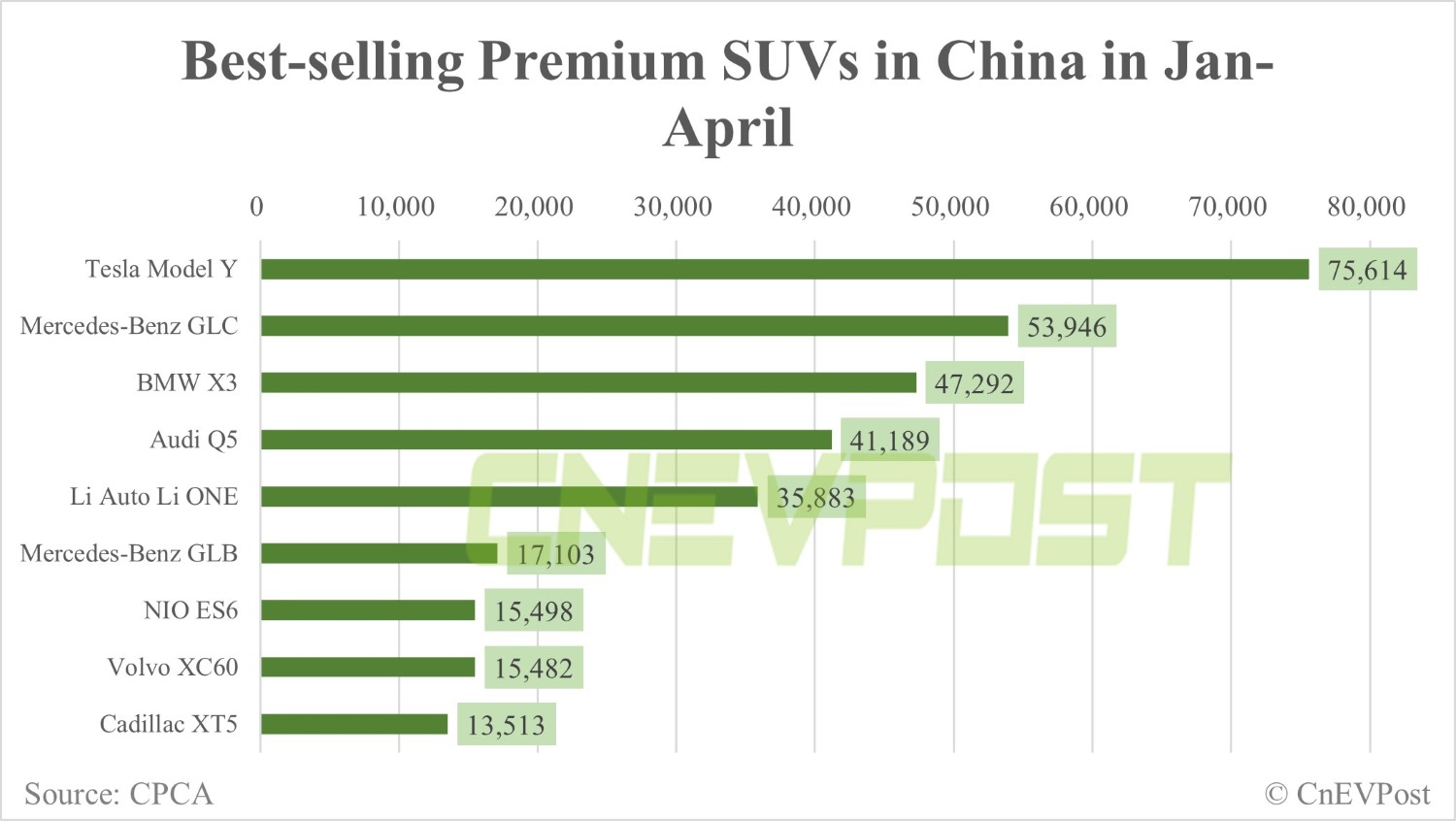 The BMW X3 ranked third with 47,292 units sold in China from January to April, down 6.5 percent from the same period last year.

The Tesla Model Y failed to make the CPCA's list of top-selling premium SUVs in April, but given that the model sold 74,681 units in China from January to March, that means only 960 units were sold in April, down 98 percent from 39,730 units in March. 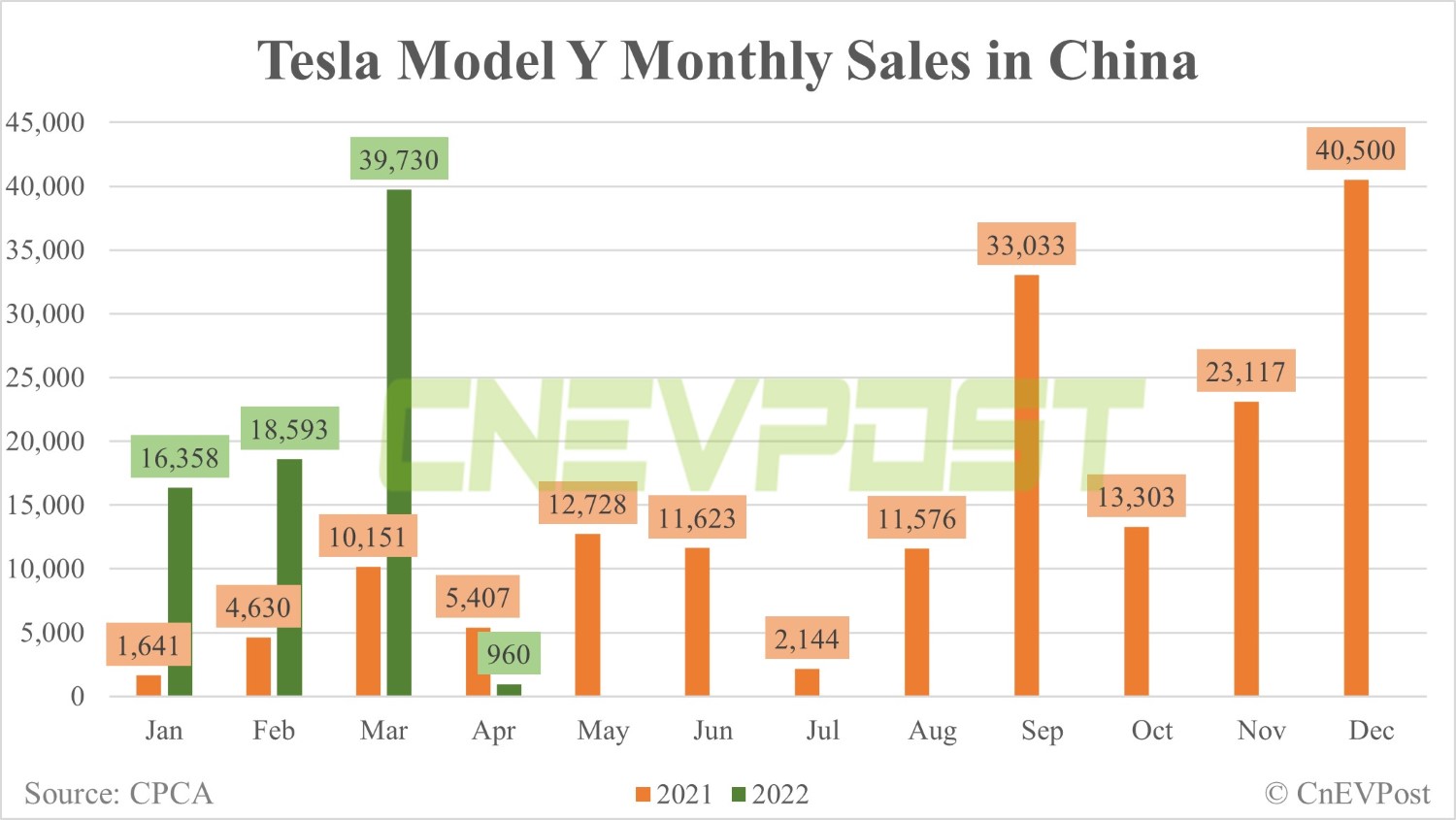 In April, the Mercedes-Benz GLC was the best-selling premium SUV, with 8,909 units sold, down 41.3 percent year on year. 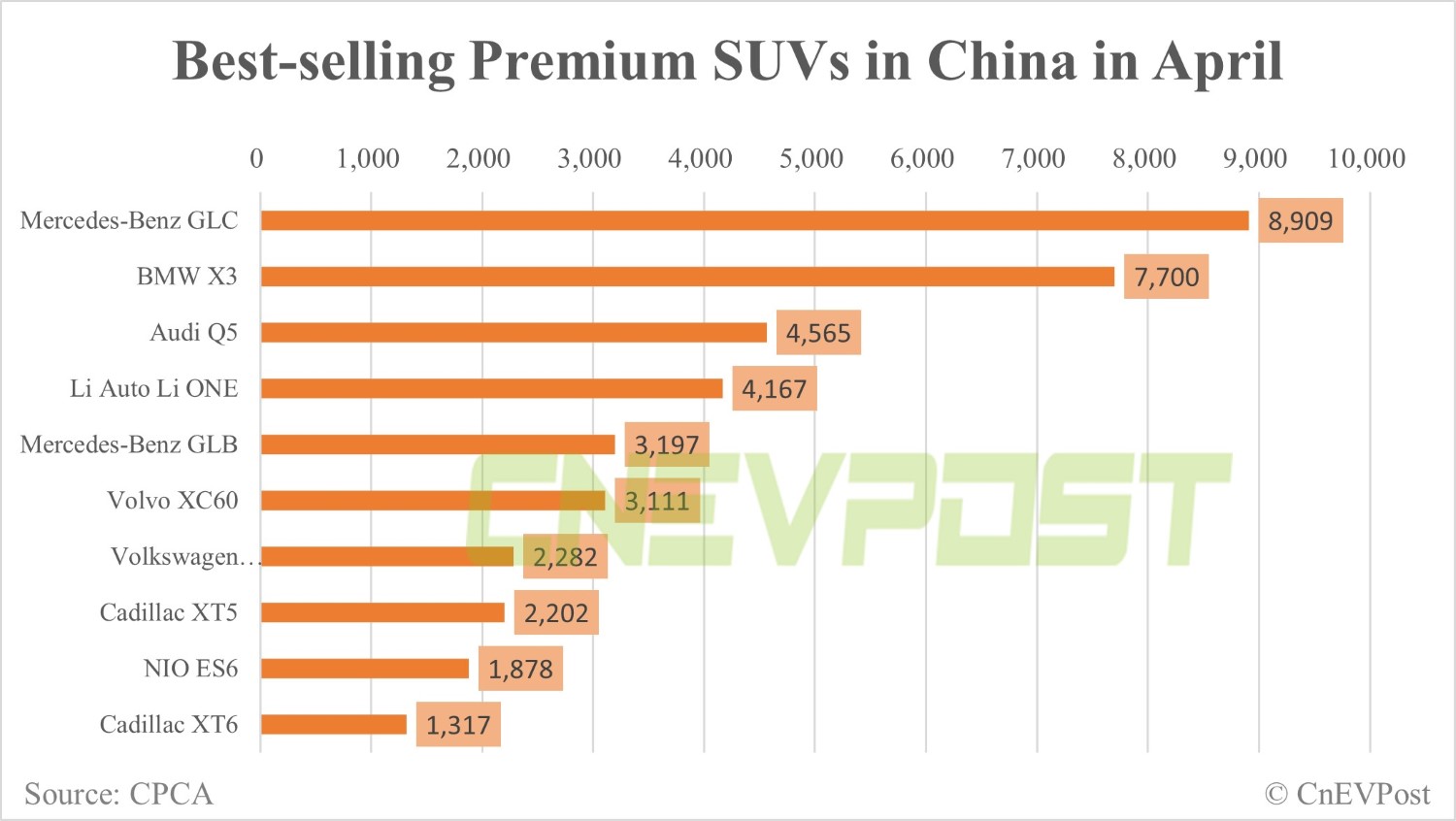 Back at Tesla, Model 3 retail sales in China from January to April were 34,171 units, making it the sixth best-selling new energy sedan for the period, data released today by the CPCA shows.

The model failed to make it into any of the April rankings released by the CPCA, though data monitored by CnEVPost shows that it sold 33,619 units at retail in China from January to March, implying 552 sales in April. 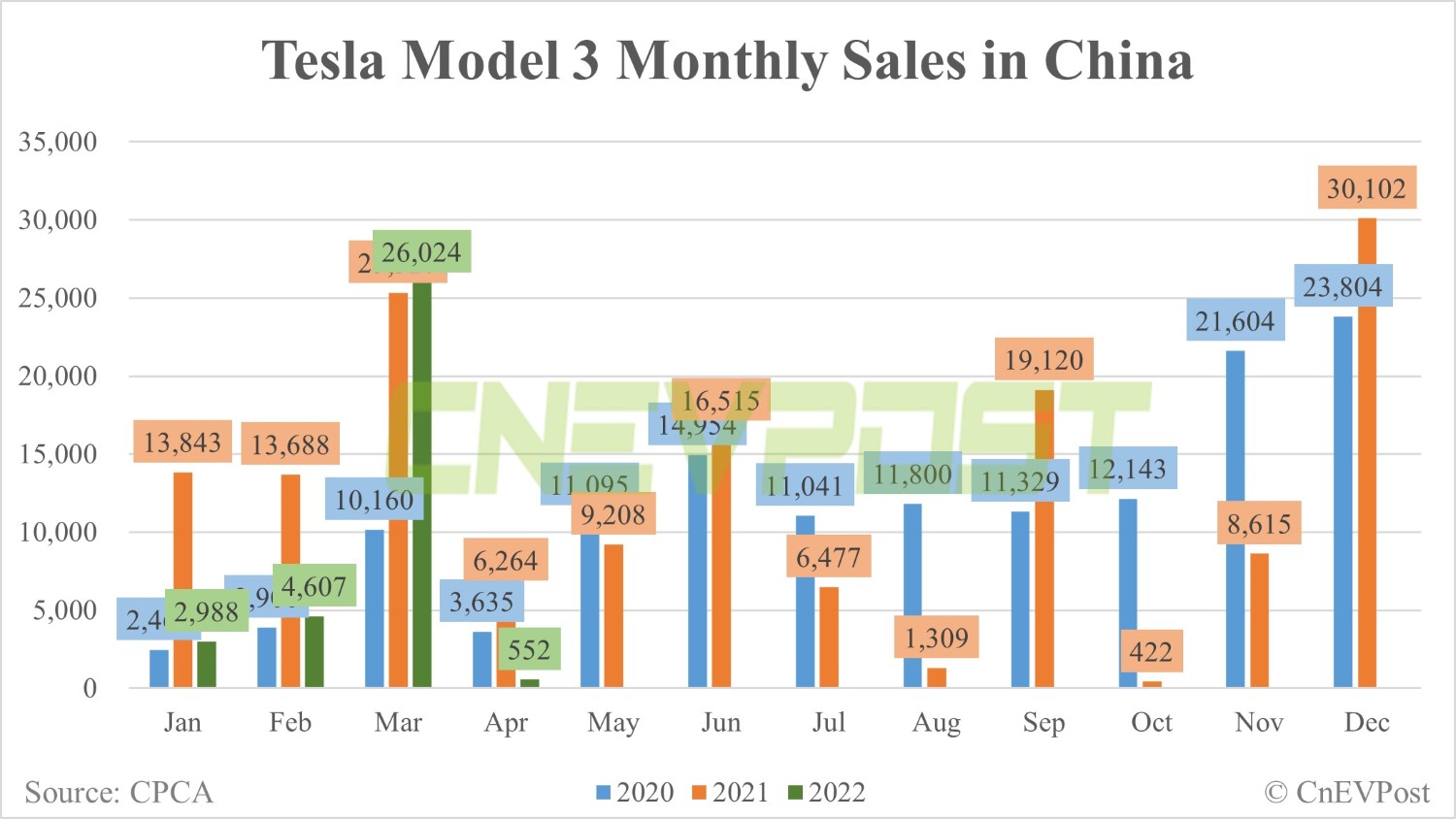 Tesla China produced 10,757 vehicles in April, with wholesale sales of 1,512, according to data released yesterday by the CPCA.

According to the CPCA, Tesla's Shanghai plant, which currently only produces Model 3 and Model Y vehicles, did not export any vehicles in April.

Notably, this has nothing to do with demand, but rather because Covid had a serious impact on Tesla's production and deliveries in April.

Tesla's Shanghai plant shut down production when the city went into a phased lockdown from March 28 and began resuming production about 20 days later.

Production at Tesla's Shanghai plant officially resumed on April 19, and on May 6, Reuters cited an internal memo saying Tesla was aiming to run two shifts at its Shanghai plant from May 16 to bring plant output back to pre-lockdown levels in the city.