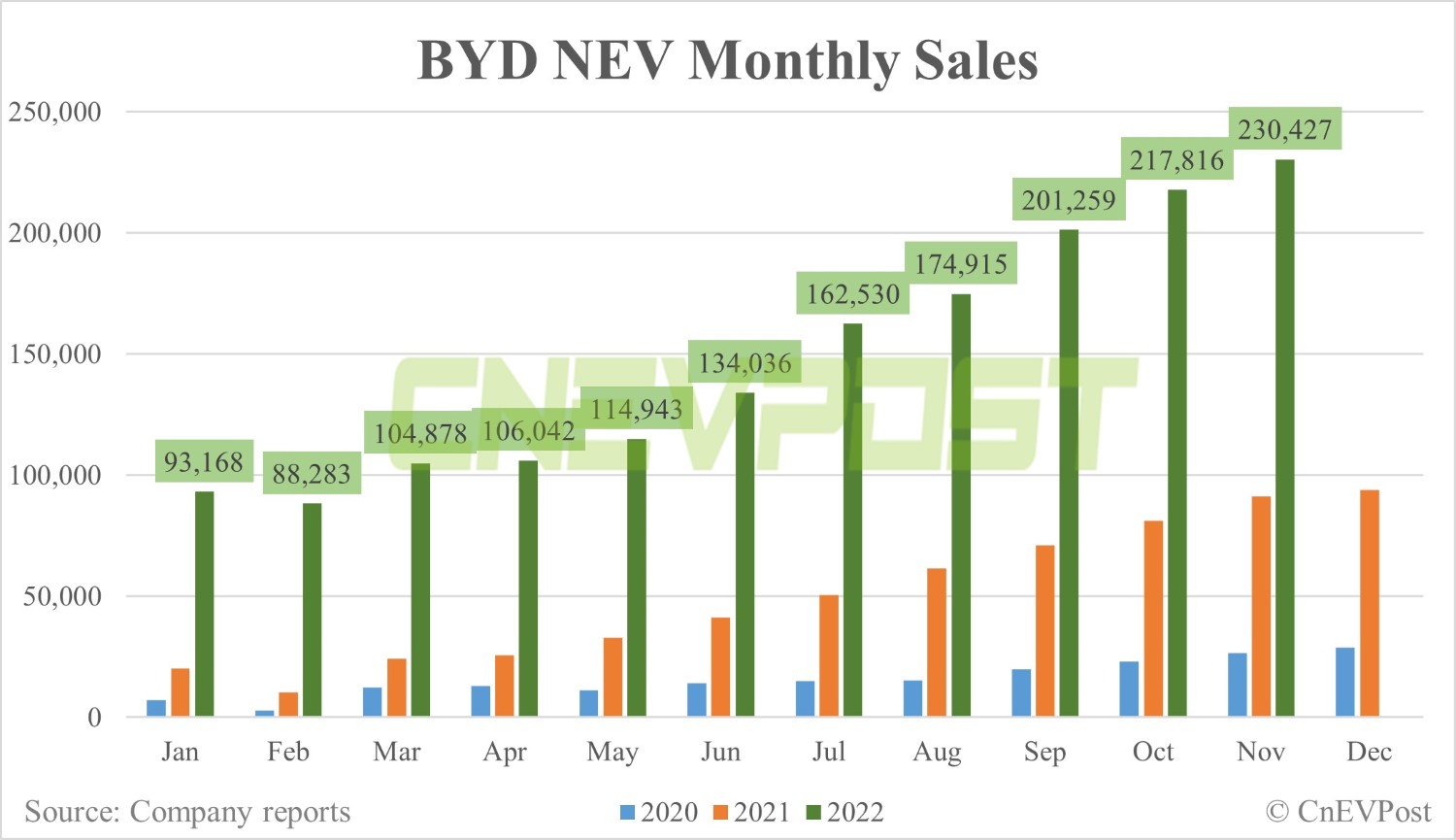 BYD stopped production and sales of vehicles powered entirely by internal combustion engines in March, and all of its vehicles are now NEVs, including passenger cars as well as commercial vehicles, and they sold 229,942 units and 485 units in November, respectively. 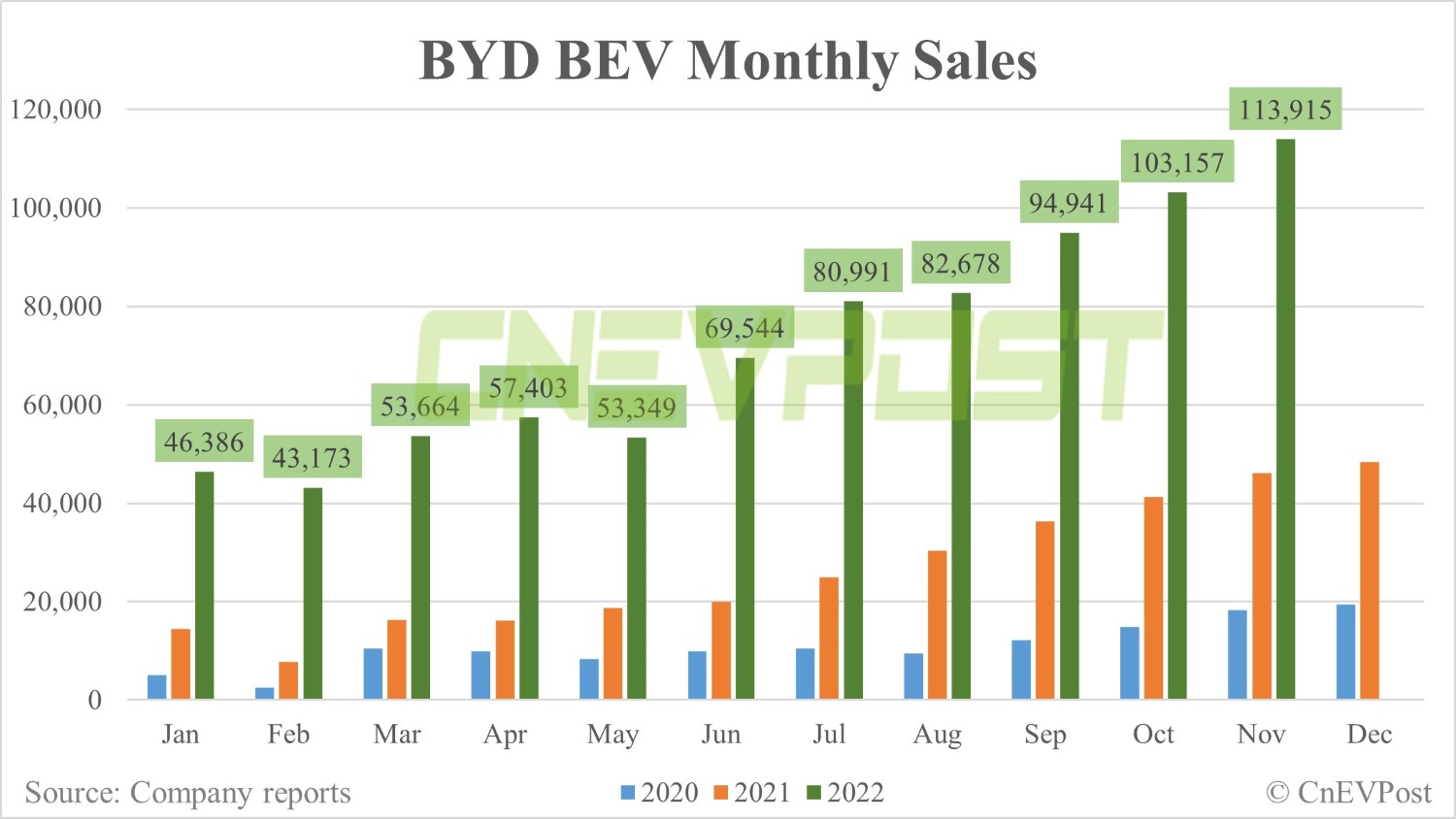 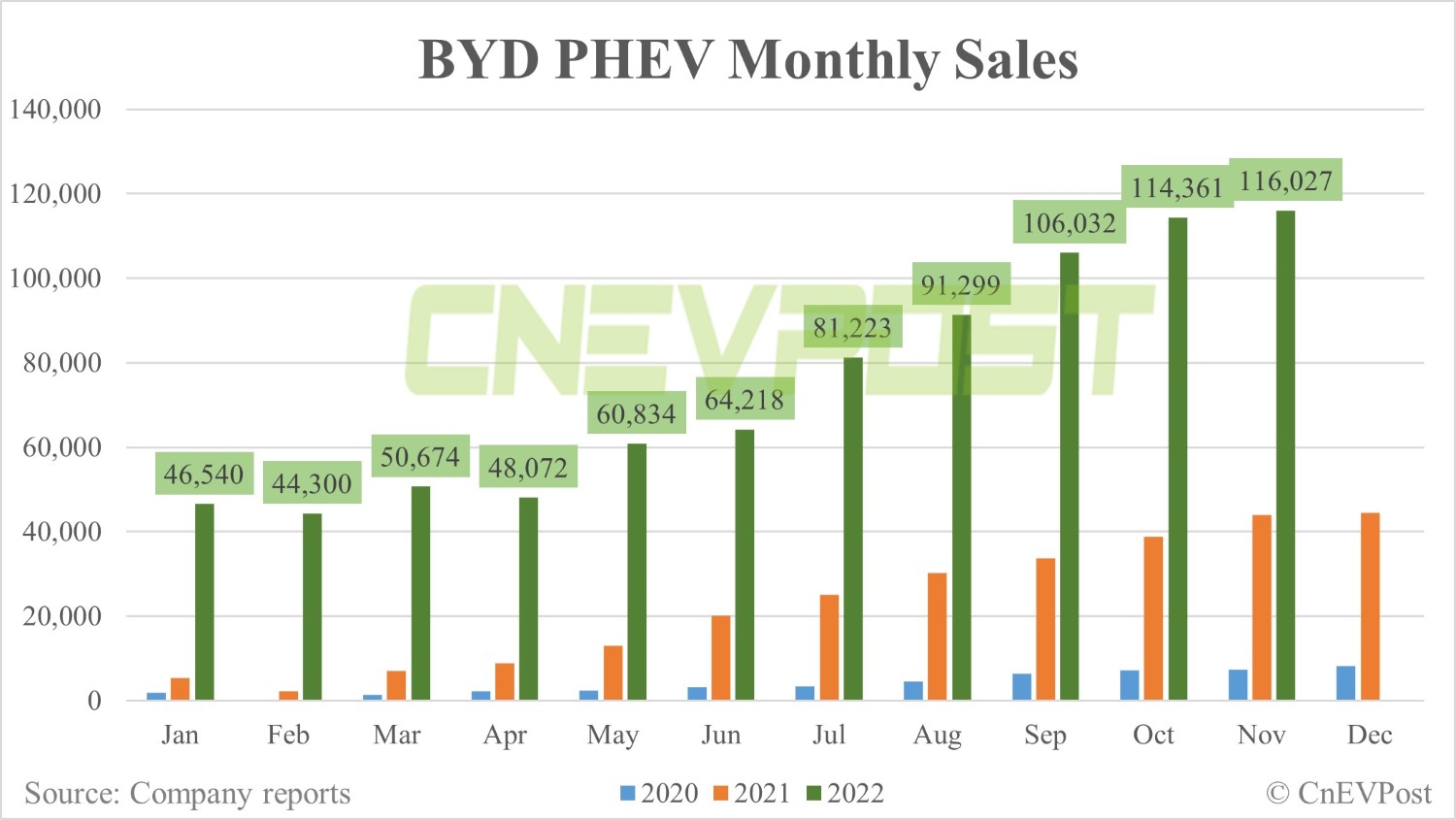 In November, BYD sold 12,318 NEVs in overseas markets, up 29.27 percent from 9,529 units in October. The company first announced overseas sales figures for NEVs in July. 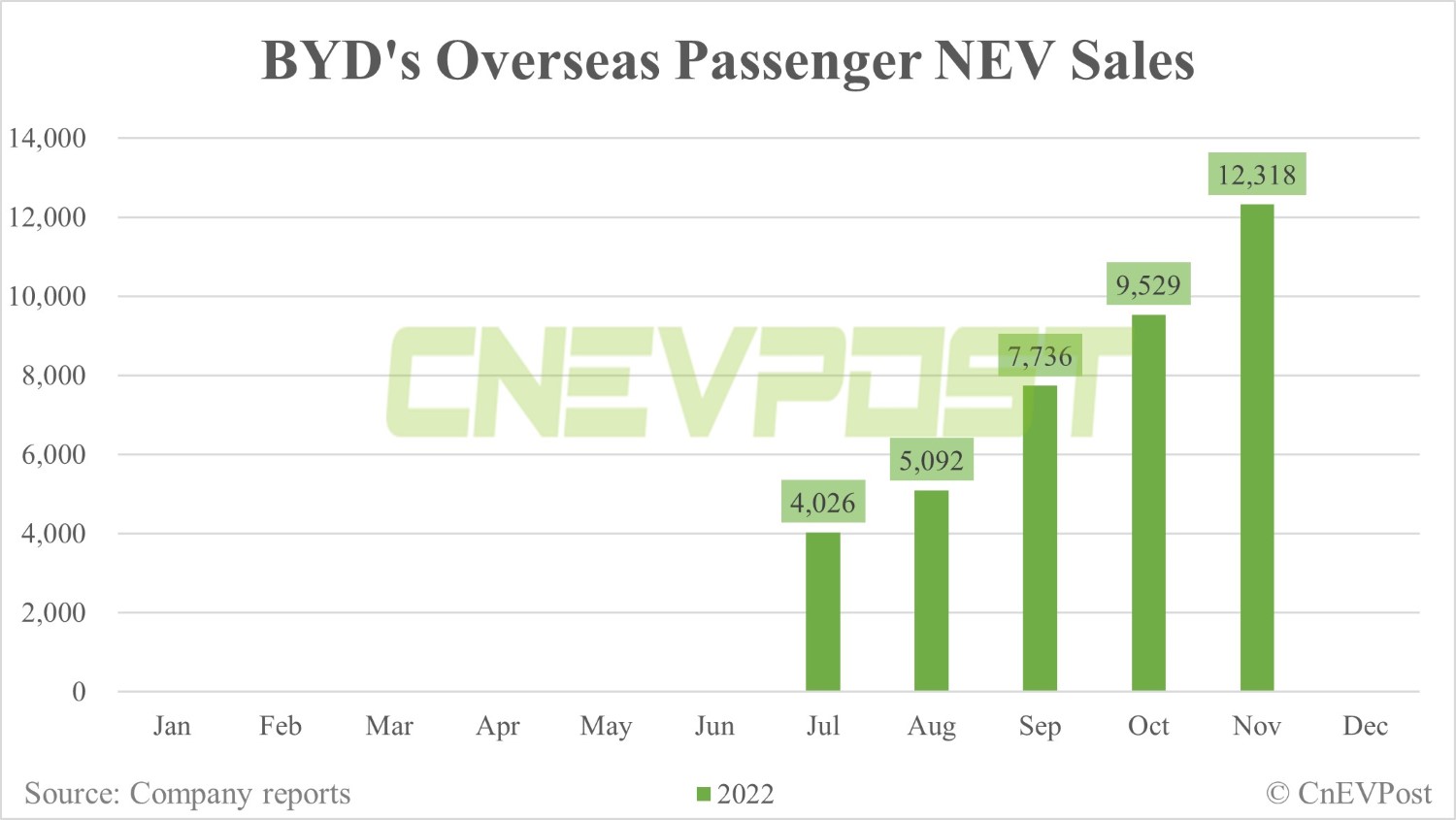 BYD's installed capacity of power batteries and energy storage batteries in November was about 11.003 GWh, up 125.33 percent from 4.883 GWh in the same month last year and up 8 percent from 10.188 GWh in October. 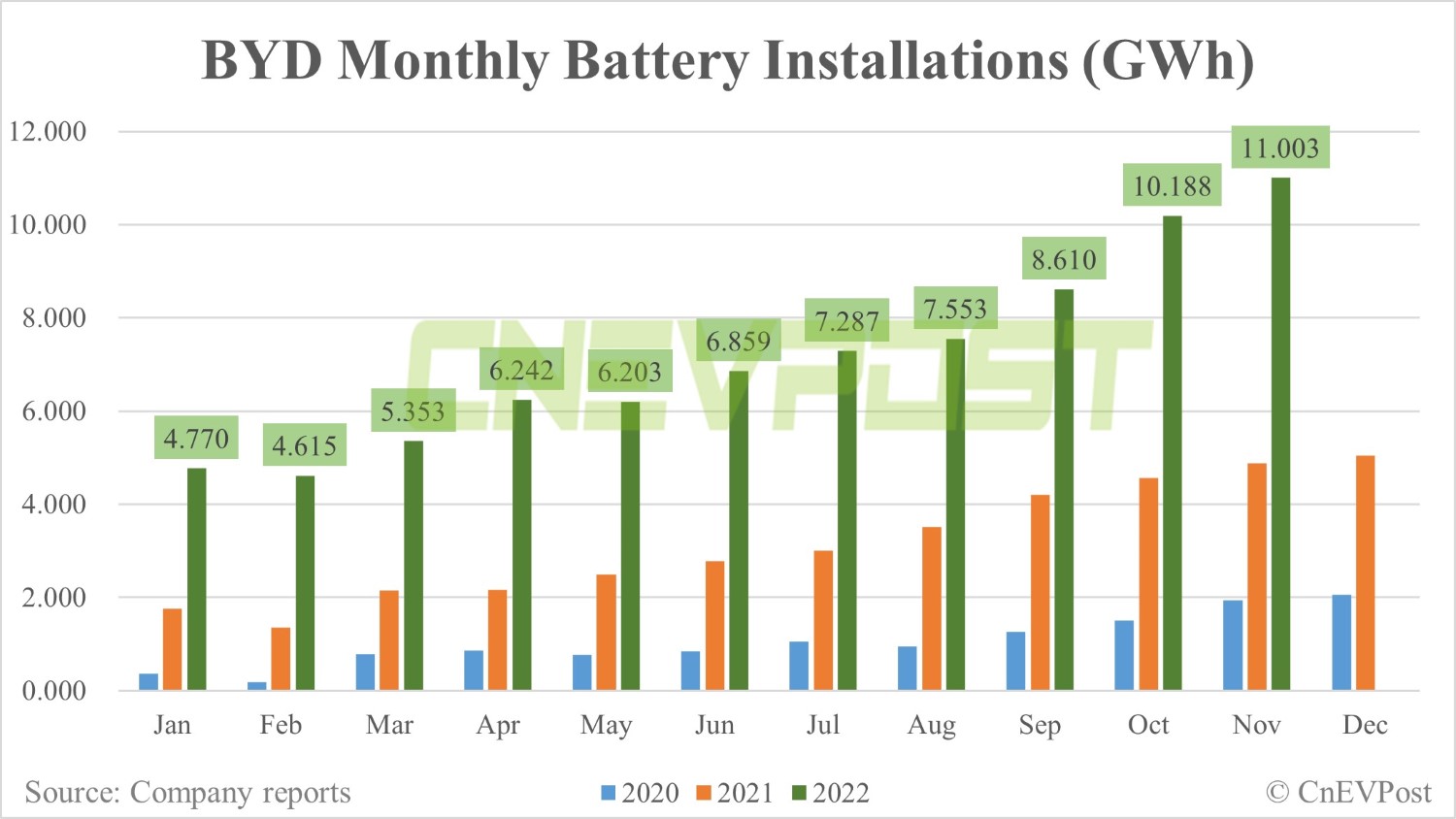 BYD said this is because China's NEV purchase subsidies will expire on December 31, while the prices of key raw materials, including batteries, have risen sharply since the second half of the year.