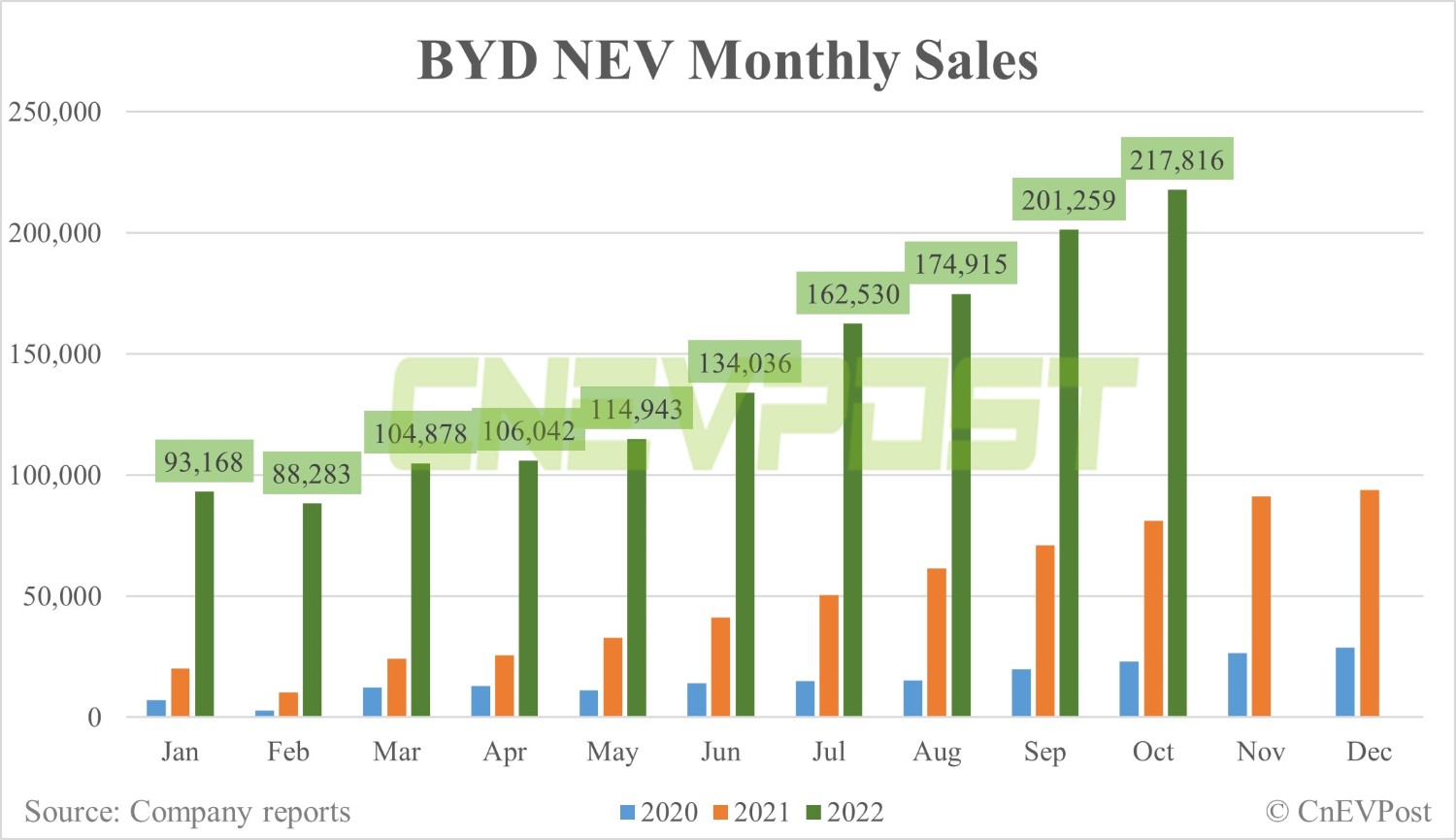 BYD's NEVs include passenger cars as well as commercial vehicles, and they sold 217,518 units and 298 units in October, respectively. 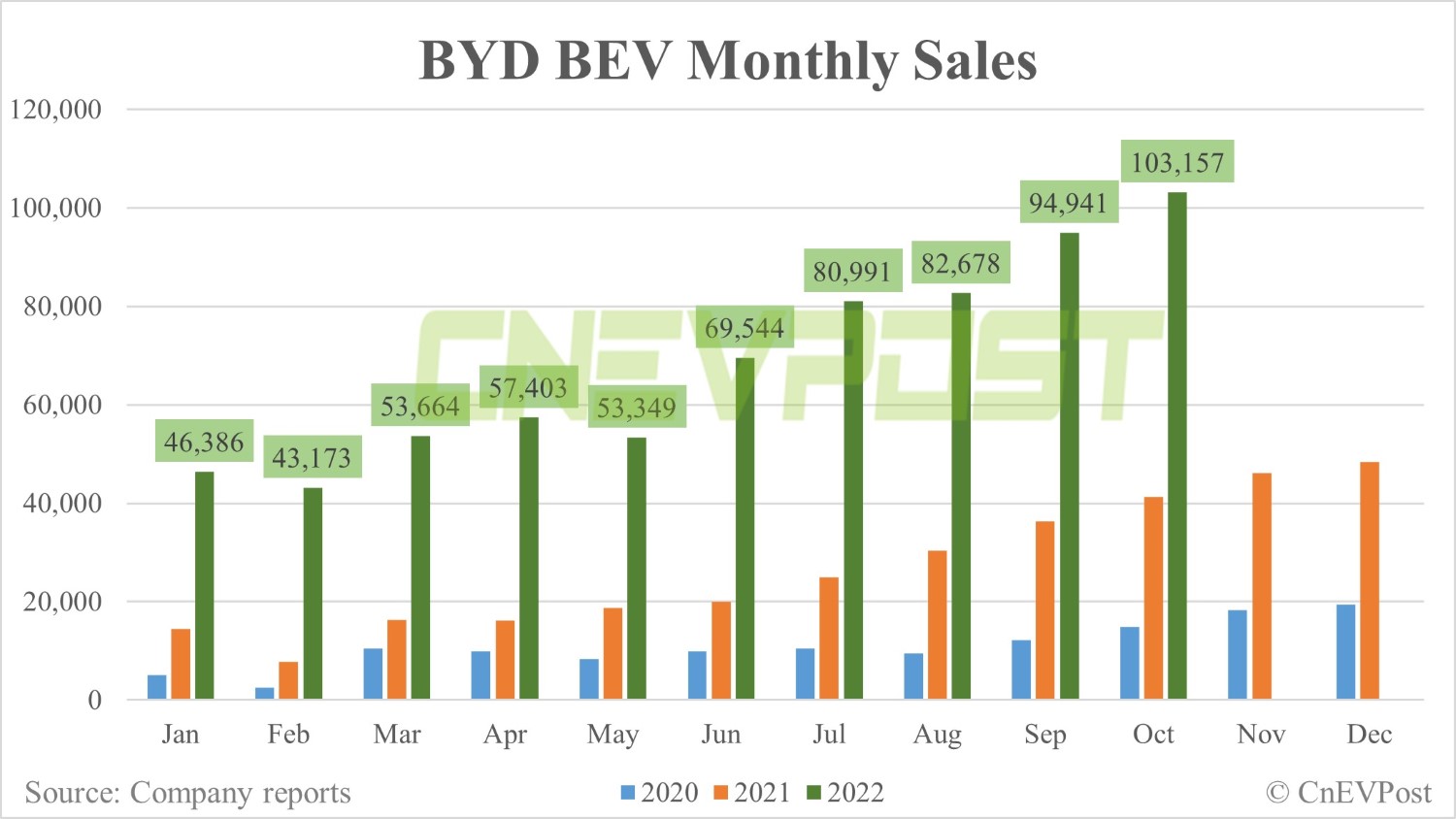 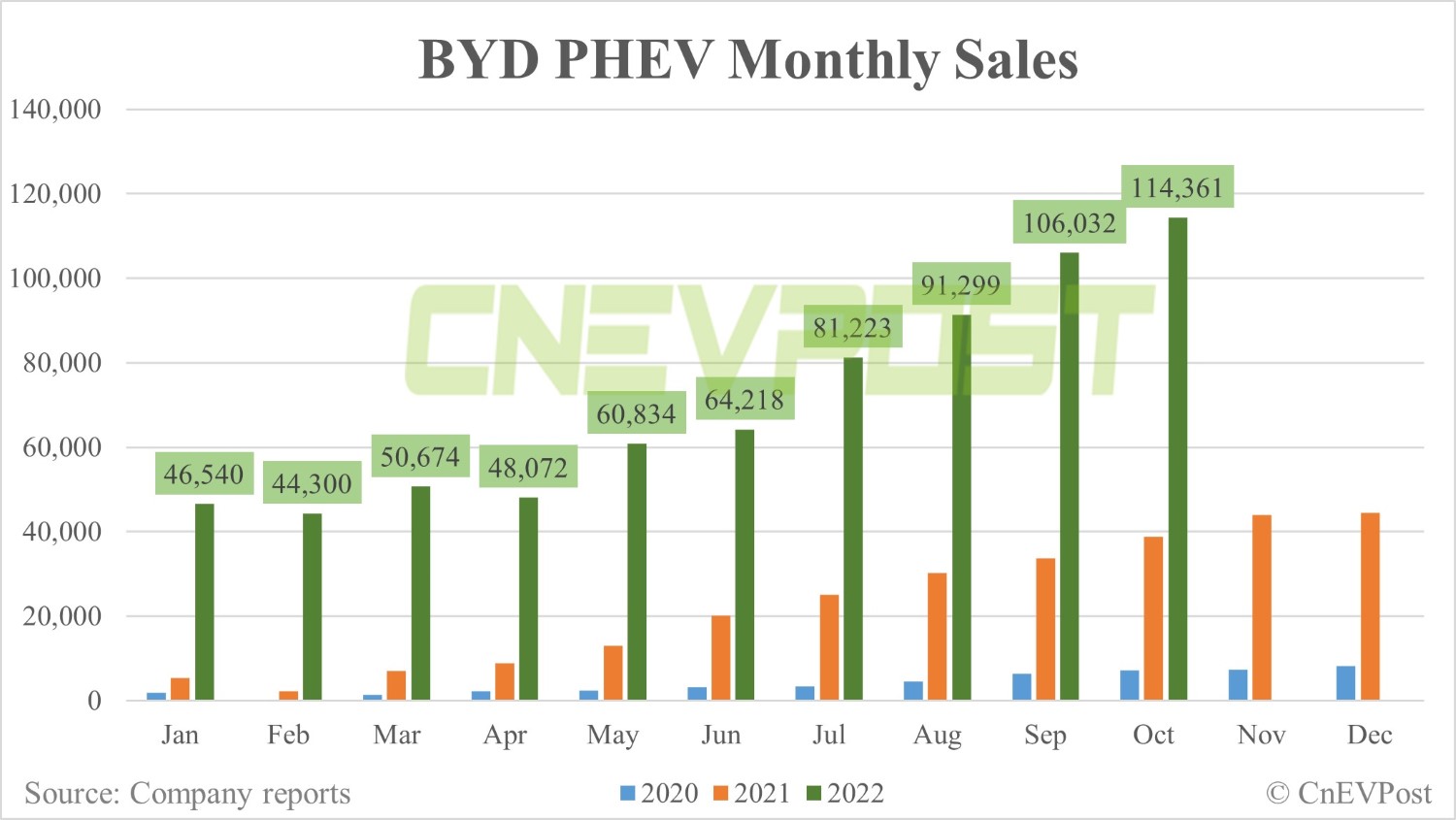 In October, BYD sold 9,529 NEVs in overseas markets, up 23.18 percent from 7,736 units in September. The company first announced overseas sales figures for NEVs in July. 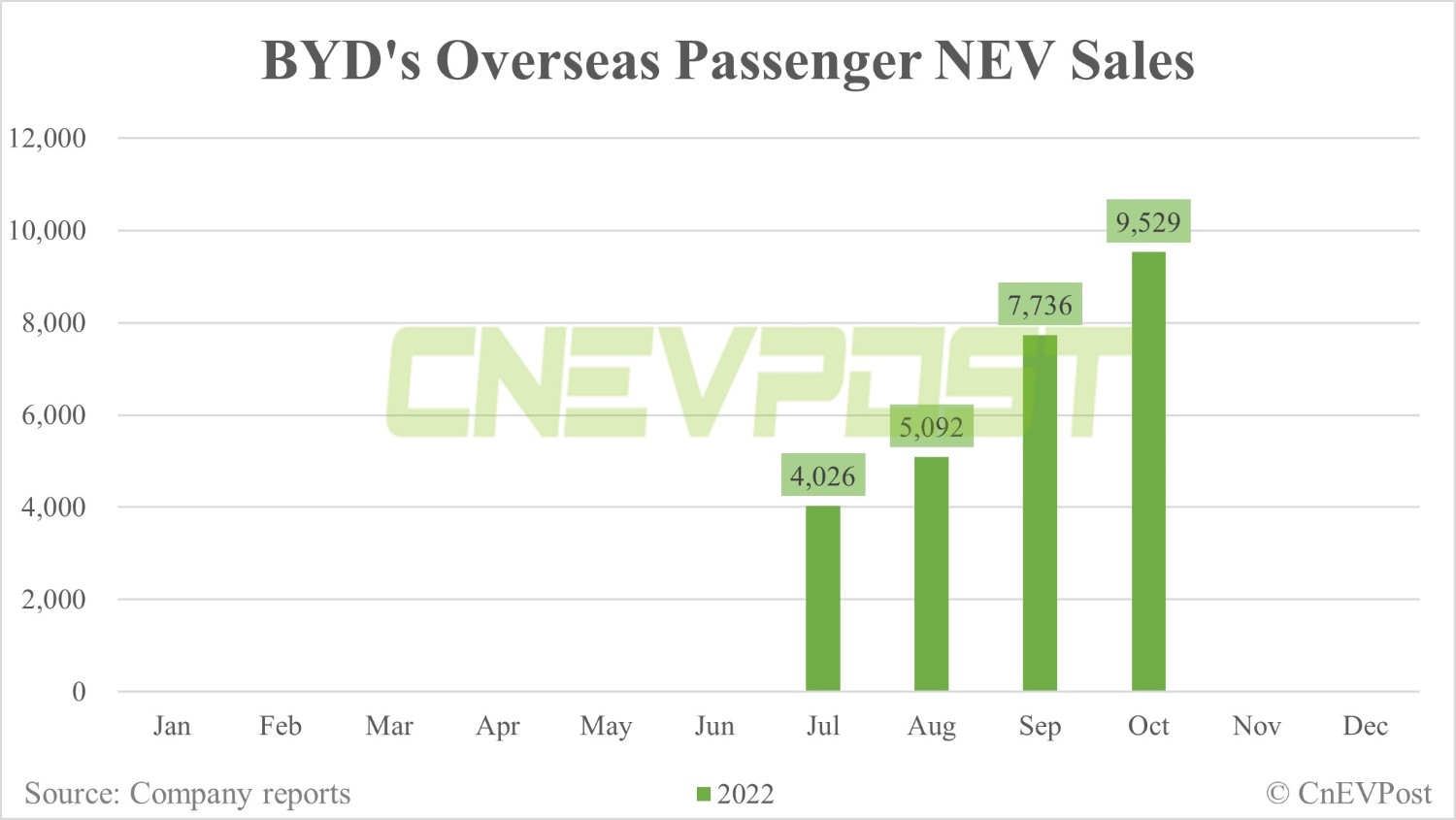 BYD stopped the production and sales of vehicles powered entirely by internal combustion engines in March.

In addition to being the largest NEV maker in China, BYD is also the second-largest power battery manufacturer in the country. 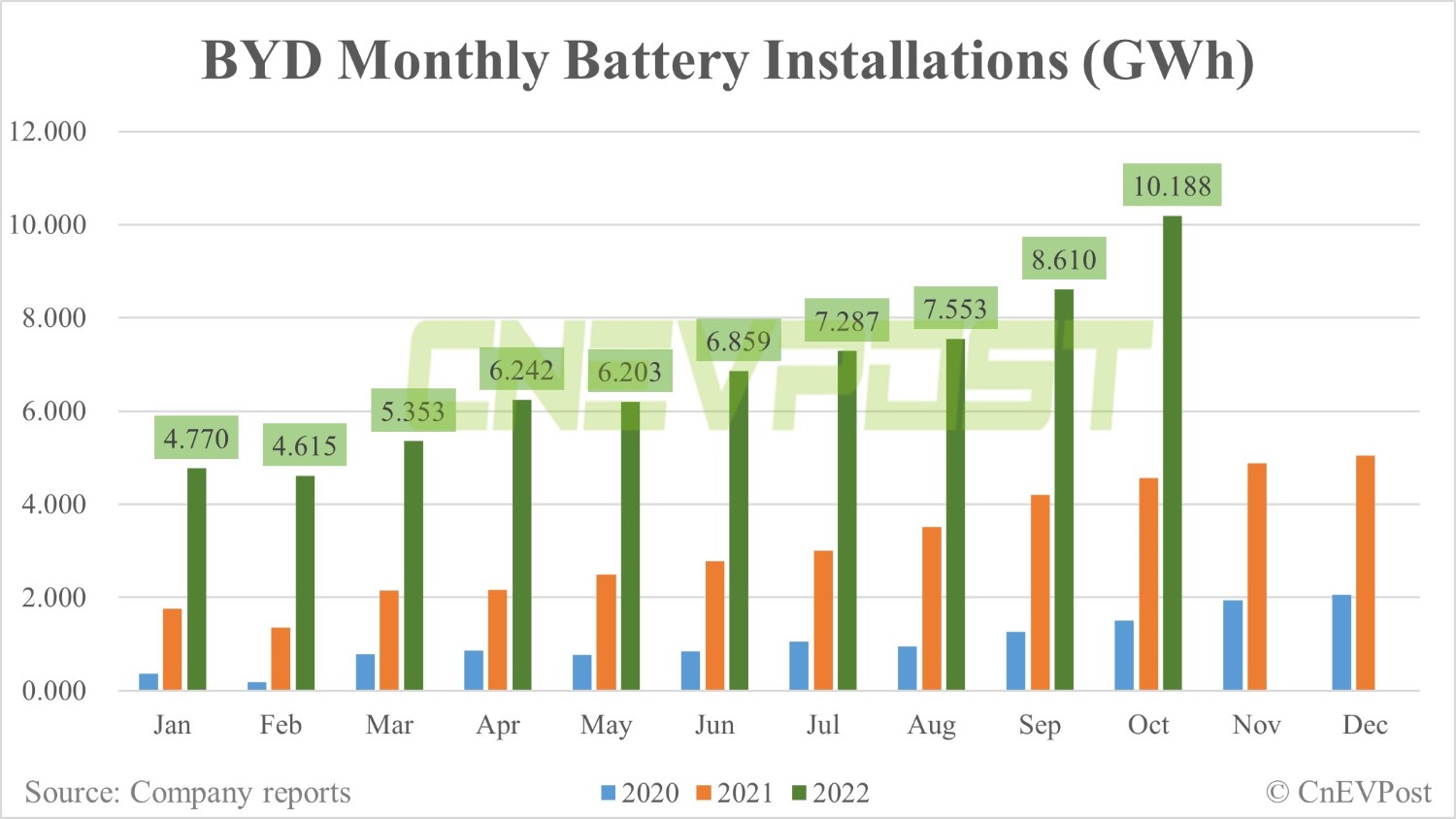