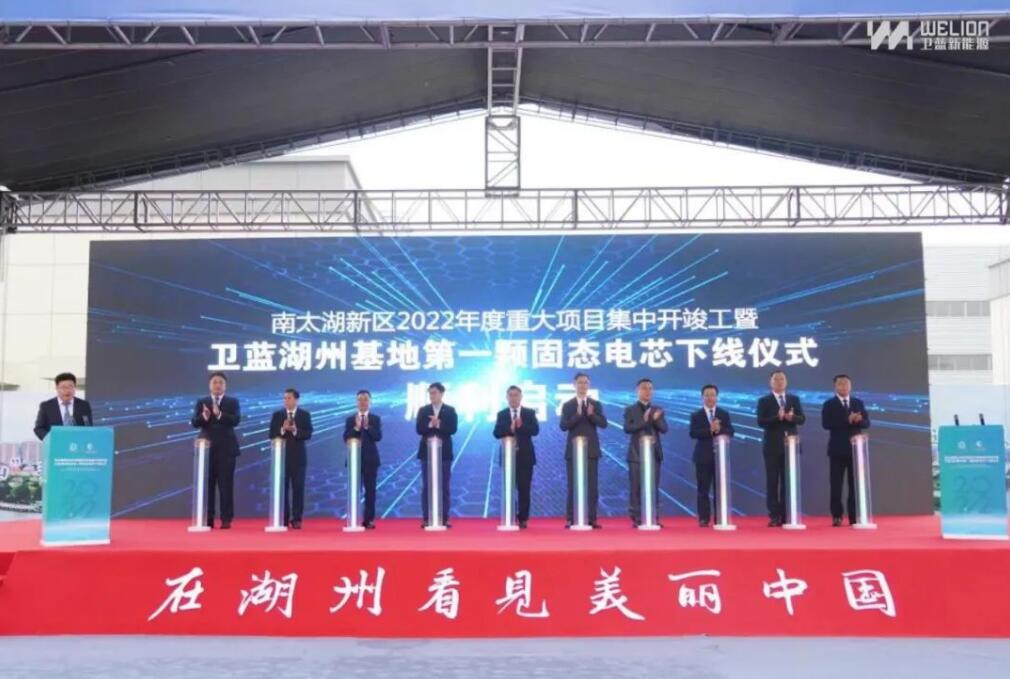 NIO's semi-solid-state battery supplier, Beijing WeLion New Energy Technology, began rolling out its solid-state power battery cells, marking a major milestone for the company and paving the way for its delivery to NIO.

WeLion celebrated the occasion with a ceremony attended by NIO senior vice president Zeng Shuxiang and officials from the city of Huzhou, according to a company press release. Zeng is the CEO of XPT, NIO's electric drive division, and a director of WeLion.

The smooth rollout of the first solid-state cell is of great significance, he said, adding that the company will join hands with leading international car companies to ensure that the subsequent mass production progresses steadily as planned. 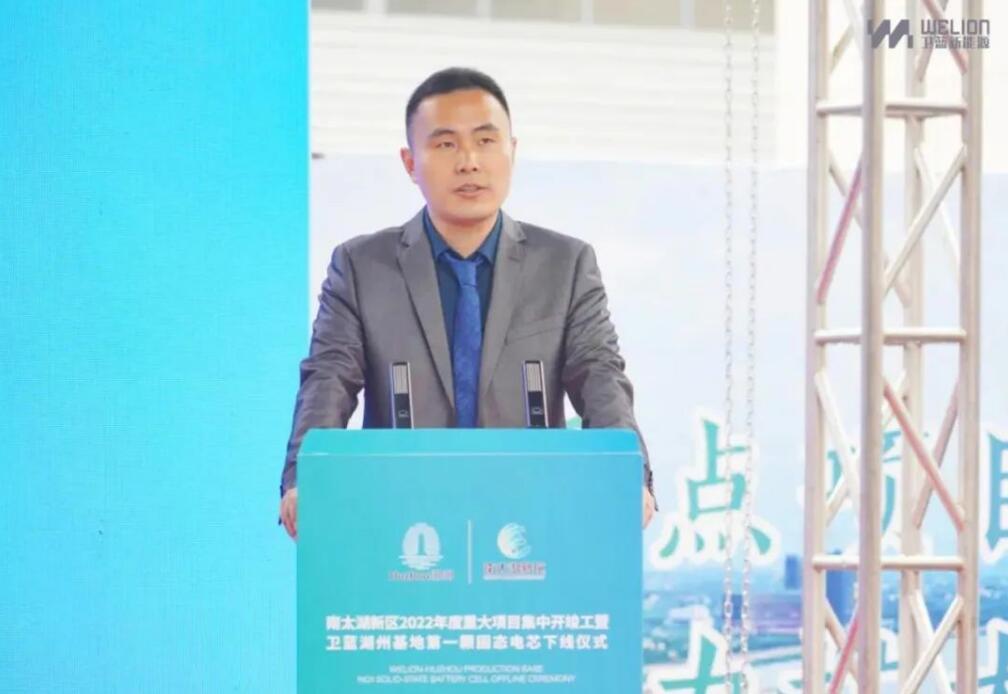 The press release does not provide any further details, though this is the first time the company has announced a solid-state battery cell coming off the production line.

When NIO unveiled its flagship sedan, the ET7, at the NIO Day 2020 event on January 9, 2021, it said the model would have a 150 kWh solid-state battery pack available starting in the fourth quarter of 2022, giving it an NEDC range of 1,000 kilometers.

NIO did not reveal the supplier of the battery after announcing the ET7. On March 27, WeLion chief scientist and founder Li Hong confirmed the partnership with NIO at the China EV 100 forum, saying it plans to launch a hybrid solid-liquid electrolyte battery based on the ET7 with a range of 1,000 km on a single charge.

The pack, which has a capacity of 150 kWh and an energy density of 360 Wh/kg, is expected to start mass production by the end of this year or the first half of next year, Li said at the time.

NIO had planned to start delivering the pack in the fourth quarter of this year, but during a call with analysts on September 2 following the company's second-quarter earnings announcement, William Li, the company's founder, chairman and CEO, said there would be a delay of several months in the delivery of the pack.

Information on WeLion's website shows that it was founded in 2016, is headquartered in Beijing and currently has four production bases located in Fangshan, Beijing; Liyang, Jiangsu; Huzhou, Zhejiang; and Zibo, Shandong.

WeLion has partnered with car companies including NIO and Geely, Lighthouse Capital, which acted as financial advisor in the company's recent new financing, said in a November 4 press release.

WeLion's hybrid solid-liquid electrolyte battery with NIO is expected to begin mass production by the end of this year or the first half of next year, with a range of up to 1,000 kilometers on a single charge, according to the press release from Lighthouse Capital.

The company plans to achieve mass production of all key materials within the year and will further promote its products in the coming years in areas including high-end power batteries and energy storage batteries, according to the release.