NIO expects record deliveries in each month of the fourth quarter, while mass production of the 150-kWh pack will be delayed by several months. 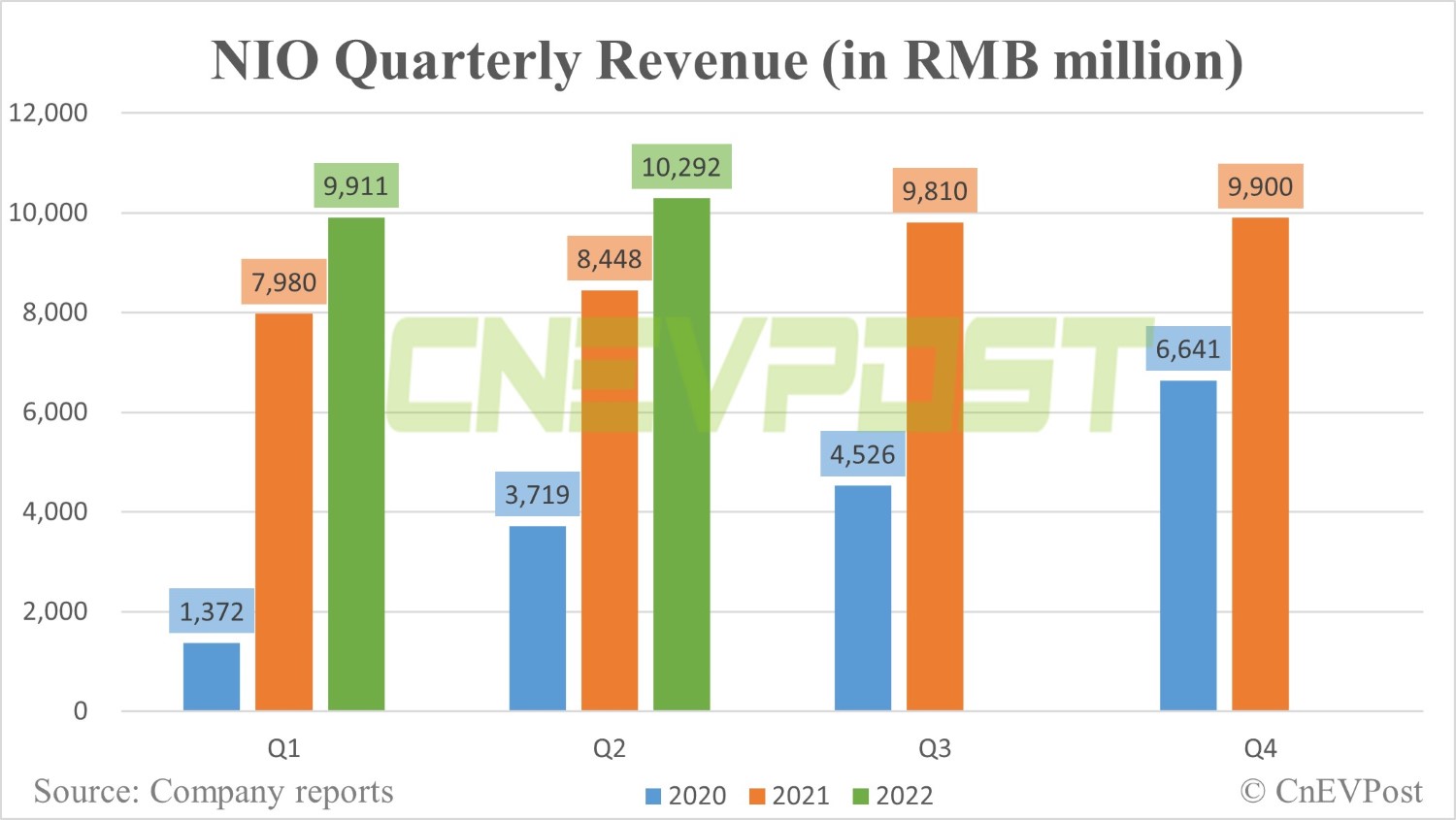 Below is a live text coverage of the call from CnEVPost, with the latest content placed at the top.

The development of NIO's sub-brand is still progressing according to the established schedule and will be brought to market together with the NT 3.0 platform.

If NIO is slow to meet the demand for ET5, some consumers may transfer the order. NIO has strict rules on this and this cannot be ruled out, but overall it should not be much.

The 150-kWh pack is a completely new technology that needs to be fully validated, and at this point, there is probably a delay of several months, rather than mass production in the fourth quarter.

NIO has had internal discussions for entry into the US for several years, and the current plan is relatively clear. Overall, the company is getting closer to entering the US market, but it's too early to reveal exactly when.

NIO is prepared for ET5 to deliver more than 10,000 in a single month in December, with a higher internal target.

NIO has not released order data for a long time, but there are sufficient orders for ES7 and ET7, and ES7 has recently performed beyond expectations. The main issue at the moment is still supply chain capacity. Overall, NIO is confident about the demand.

NIO will try its best to meet the target at the beginning of the year, which means that there is pressure to deliver in the fourth quarter.

NeoPark's second plant has been in commissioning in the third quarter in preparation for mass production. Because it only produces ET5, it will be much less complex.

NIO believes its deliveries will reach record highs every month in the fourth quarter.

NIO will do its best to meet the needs of consumers in different price ranges, and the company is actively thinking about how to make the latest technology and benefits of electric vehicles available to more segments of the market. The company will actively plan for this.

The ET5 was showcased at the Chengdu auto show, and NIO saw the model receive high user expectations.

The company will have more new models next year, including facelifts, that will allow existing models to switch to the NT 2.0 platform. Overall, NIO will accelerate the pace of new product launches next year.

NIO has seen many peers in the industry launch great products, and overall, NIO is still advancing at its own pace in terms of expense and investment.

NIO will not change its strategy and pace because of external competition. Continued investment in R&D is an established strategy.

The US chip policy will have no impact on NIO's operations in the short term, and in terms of AI computing power, NIO's current resources are sufficient for self-driving algorithm training.

There are local companies in China with similar chips, and NIO will evaluate their solutions.

NIO does not believe that these changes will have a material impact on the company's long-term growth.

In the area of core technologies such as chips, NIO aims to establish full-stack in-house research capabilities. The company believes that core R&D capabilities can help address the risk of industry policy changes and also improve gross margins and technology competitiveness.

In the third quarter, the yield rate of our partner's one-piece die-casting parts was less than expected, which had some impact on production. NIO sent engineers to work with partners to solve problems and brought in new vendors. Overall, these issues have been initially resolved.

The second half of 2022 is a critical phase in NIO's delivery and capacity ramp-up, and NIO will work closely with its partners to ensure a high-quality service and experience.

NIO Day 2022 will be held in Hefei, where NIO will share its latest progress in products and core technologies.

Battery swap stations are not only energy replenishment facilities, but also virtual power plants, and this summer, NIO responded to the need for load reduction on the grid in different cities.

Production of the ET5 is moving forward and NIO is confident that the model will be one of the most popular in the mid-size premium electric sedan market.

ET7, as the first model of NIO's NT 2.0 platform, has gained user recognition in the mid to large-size electric sedan market.