WeLion's founder said the company is working with NIO to launch a hybrid solid-liquid electrolyte battery based on the ET7 with a range of 1,000 kilometers on a single charge.

Beijing WeLion New Energy Technology was previously rumored several times to be NIO's semi-solid-state battery supplier, and now the rumor has been confirmed.

WeLion is working with NIO (NYSE: NIO, HKG: 9866) to launch a hybrid solid-liquid electrolyte battery with a range of 1,000 kilometers on a single charge, based on the ET7 model, according to Li Hong, chief scientist and founder of the solid-state battery supplier.

Li revealed the information at the ongoing China EV 100 forum, saying the battery pack has a capacity of 150 kWh and an energy density of 360 Wh/kg.

The battery is expected to start mass production by the end of this year or the first half of next year, said Li, who is also a researcher at the Institute of Physics, Chinese Academy of Sciences. 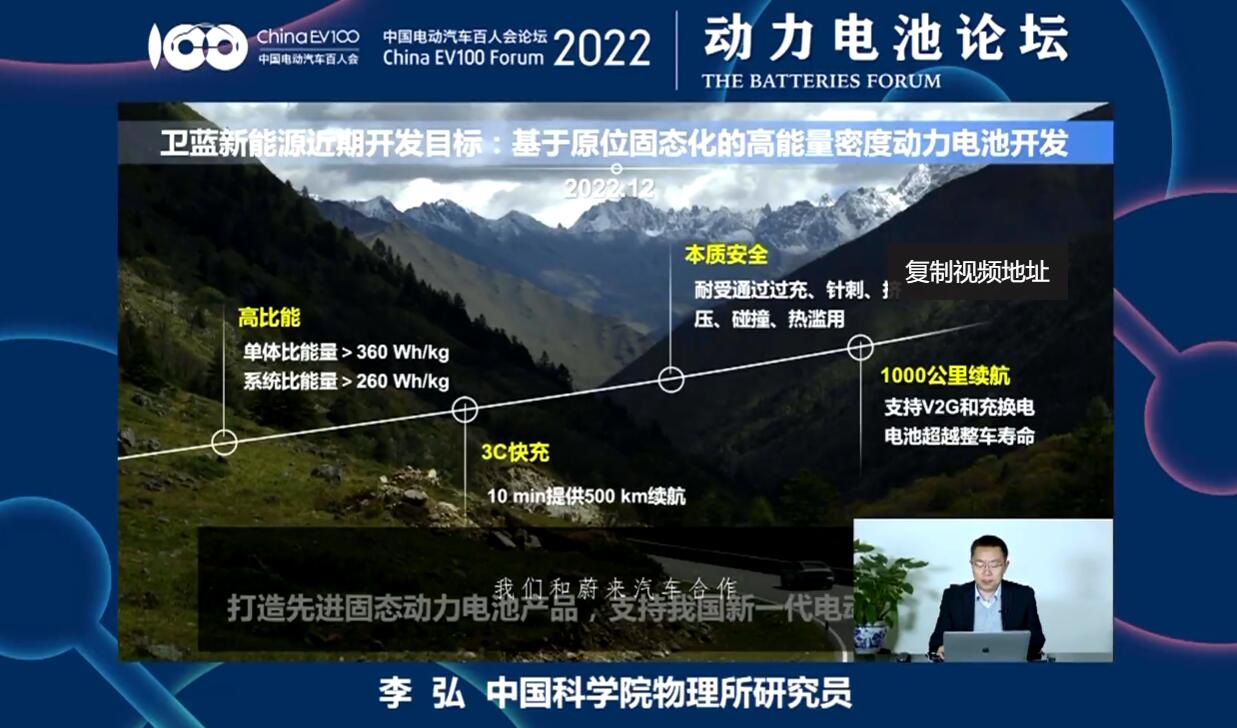 When NIO unveiled its flagship sedan ET7 at the NIO Day 2020 event on January 9, 2021, it said the model would be available in a version with a 150-kWh solid-state battery starting in the fourth quarter of 2022, giving it an NEDC range of 1,000 kilometers.

The company never disclosed the supplier of the battery, but according to a report by tech media 36kr on November 26 last year, the supplier is Beijing-based WeLion.

Information on WeLion's website shows that it was founded in 2016 and is based in Beijing, focusing on the development and production of hybrid electrolyte lithium-ion batteries and all-solid-state lithium batteries.

On January 30, a list of key tasks for the 2022 Beijing Municipal Government Work Report, posted on the city government website, showed that Beijing will promote the construction of the first phase of WeLion's solid-state battery project.

The project's first-phase design annual capacity is 20 GWh of hybrid solid-liquid electrolyte batteries and all-solid-state batteries, and will go into production this year, according to the company.