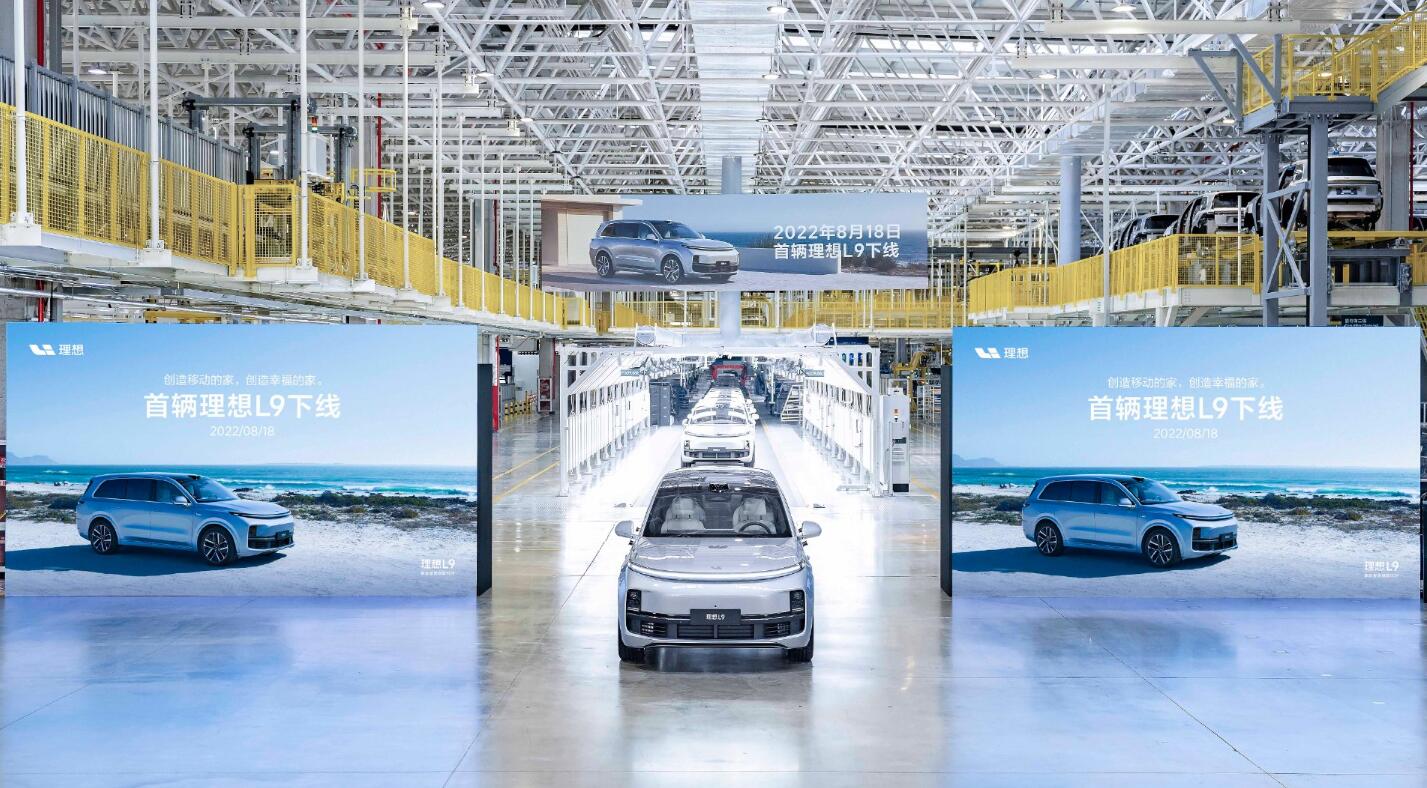 To ensure that every Li L9 is delivered to consumers in the highest quality condition, Li Auto has upgraded the Changzhou site, introducing more advanced production processes and more stringent testing procedures, it said.

Li Auto is also working closely with parts suppliers to ensure a steady supply of parts while ensuring smooth mass production of the Li L9, the company said, adding that this will help ramp up production quickly and achieve the goal of reaching more than 10,000 Li L9 deliveries in September.

Li Auto officially launched the Li L9, the company's second model after the Li ONE EREV, on June 21.

The Li L9 is a full-size SUV with a length, width and height of 5,218 mm, 1,998 mm and 1,800 mm respectively, and a wheelbase of 3,105 mm, nearly identical to the top-of-the-line family SUVs from German luxury car companies Mercedes-Benz and BMW.

Li Auto founder, chairman and CEO Li Xiang said on Weibo on June 4 that the model will be officially delivered to customers in August and deliveries could exceed 10,000 in September.

On August 1, the company said the Li L9 had amassed more than 50,000 orders since its June 21 launch, with more than 30,000 confirmed non-refundable orders.

In addition to the Li L9, Li Auto confirmed during its August 15 second-quarter earnings call that the company is also building the Li L8. Mr. Li said during an interaction with users on Weibo that day that for consumers currently waiting for the Li L8, they can hold off on buying the Li ONE at this stage.

The Li L8 will be built on the same platform as the Li L9 and can be seen as a scaled-down version of the Li L9, but still with a longer wheelbase than the Li ONE, according to some local media reports.

Li also confirmed at the time that the company was building the internally codenamed X03, saying that the model would surpass the Rolls-Royce Cullinan in terms of rear space and comfort.