Li Auto will build a parts industrial park in Changzhou, Jiangsu province, where its current plant is located, at a time when its local counterparts NIO and XPeng Motor are both making similar efforts at their respective plant sites.

On August 17, Li Auto signed a contract with the Changzhou city government for the industrial park project, according to an article released Wednesday by the local government. 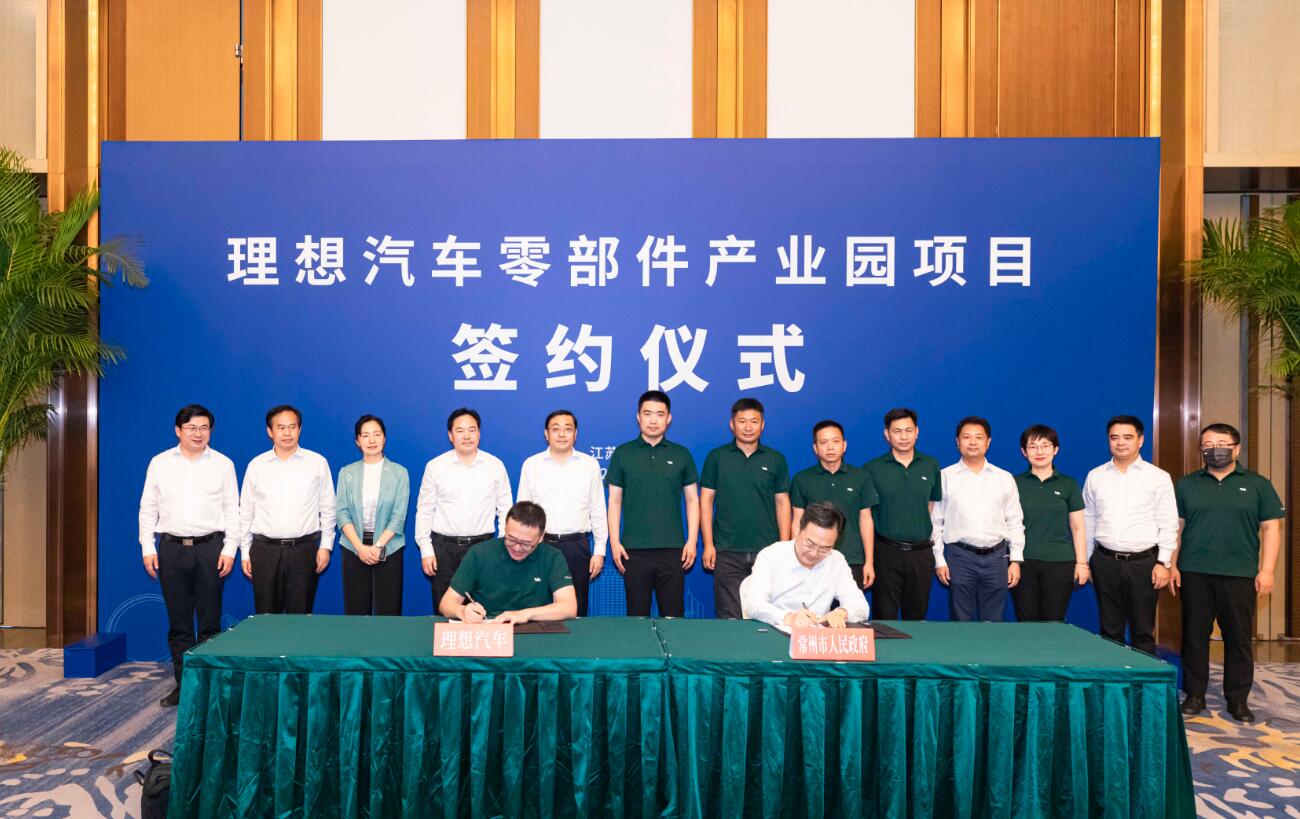 The project will further drive suppliers closer to Li Auto, thereby reducing costs and improving supply chain reliability, according to the article, which gave no further details.

In February 2021, NIO and Hefei signed an agreement on NeoPark to jointly build a world-class smart electric vehicle industry cluster.

On April 29, 2021, the construction of NeoPark officially started, and the first phase will see investments of RMB 50 billion, and the total annual output will reach 500 billion yuan.

William Li, the founder, chairman and CEO of NIO, said at the time that after the completion of NeoPark, NIO could save RMB 3,000 per vehicle in logistics costs.

On May 30 this year, Zhaoqing in Guangdong province signed an agreement with XPeng in order to build a parts industrial park together.

The two sides will jointly promote companies upstream and downstream of XPeng's industry chain to set up projects in the industrial park, according to a previous press release.

Back to Li Auto, the company's only vehicle currently being delivered is the Li ONE EREV (extended-range electric vehicle), which is manufactured at its Changzhou plant.

Last October, Li Auto officially opened its manufacturing base in Beijing's Shunyi District, which was previously a Hyundai factory in China.

Li Auto's Beijing plant is scheduled to start production by the end of 2023, with an annual capacity of 100,000 units of pure-play electric vehicles.