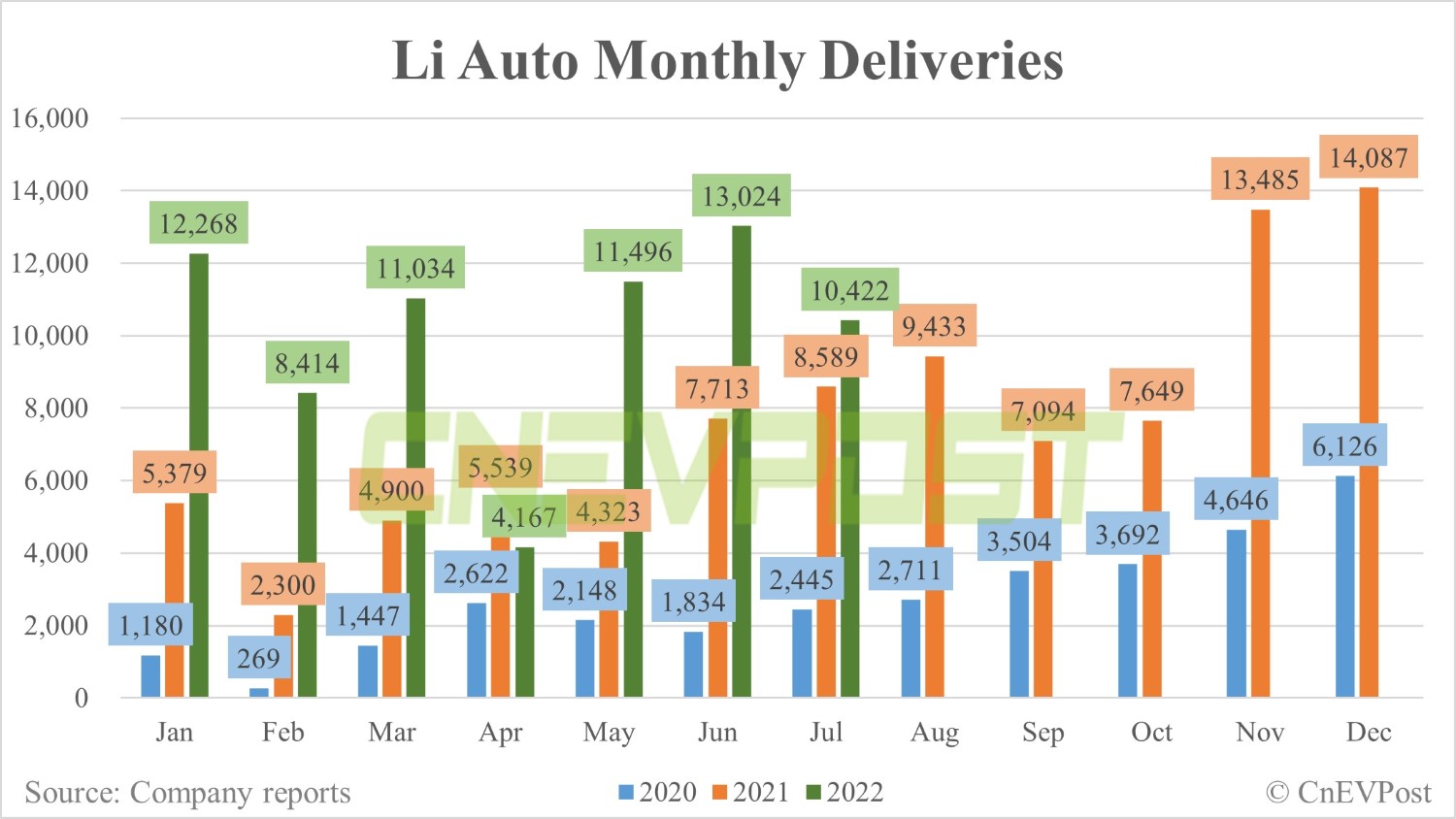 The currently available model for Li Auto is the Li ONE, which has accumulated 194,913 deliveries since the vehicle debuted in the market in 2019, the company said in a statement.

Li Auto launched the Li L9 on June 21, the company's second model after the Li ONE SUV, following its predecessor's extended-range technology. Its deliveries are expected to begin this month.

In announcing the delivery figures, Li Auto said the company today saw the 200,000th Li ONE roll off the production line at its manufacturing facility in Changzhou, Jiangsu province.

"It took us just 986 days to reach the production milestone of 200,000 Li ONEs, once again setting a record speed among China’s emerging NEV manufacturers following our historic speed in reaching the 100,000-unit mark," said Shen Yanan, co-founder and president of Li Auto.

The Li ONE is also the first domestic branded premium model priced above RMB 300,000 in China to achieve this production milestone, Shen added.

The Li L9 has received positive feedback from users since its launch on June 21, and it has accumulated more than 50,000 orders, including more than 30,000 confirmed non-refundable orders, Shen said.

As of July 31, the company had 259 retail stores in 118 cities and 311 service centers and Li Auto-authorized body and paint stores in 226 cities.