EV stocks fall in Hong Kong after US market selloff

At press time, NIO was down 5 percent in Hong Kong, ending a four-day winning streak. XPeng was down 5.24 percent and Li Auto was down 2.39 percent. 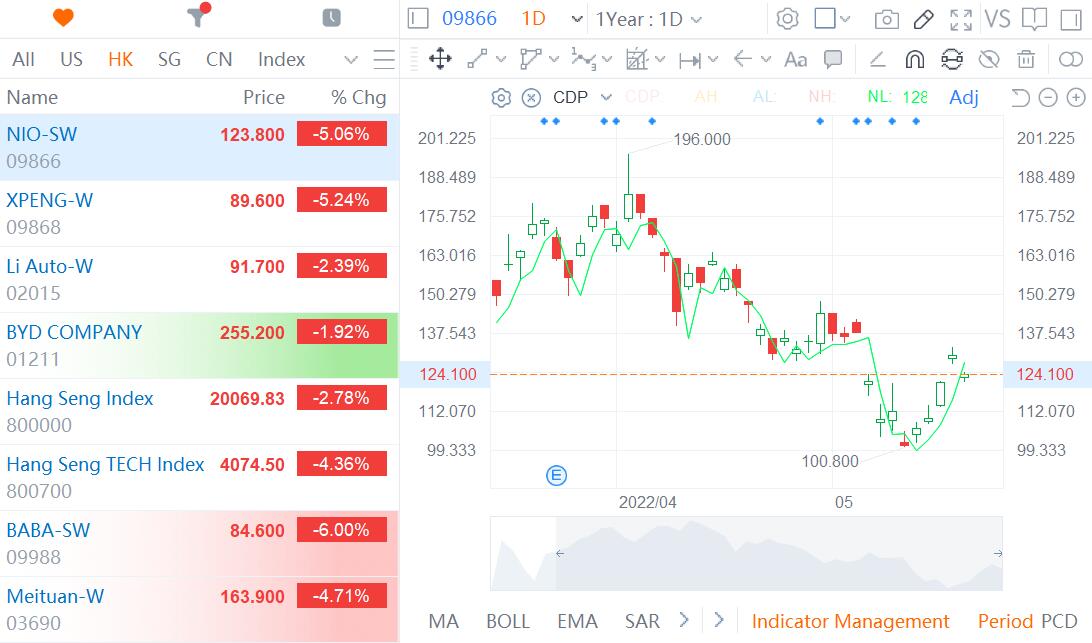 The performance followed that of US stocks overnight, with the Nasdaq Composite down 4.73 percent and the Dow Jones down 3.57 percent at Wednesday's close, as retail giants like Walmart and Target missed earnings estimates.

NIO closed down 4.81 percent in the US on Wednesday, while XPeng fell 3.8 percent, Li Auto dropped 1.39 percent and Tesla dropped 6.8 percent.

With Covid hitting the auto industry hard, reports have begun to emerge in recent days that China will introduce more stimulus measures.

China is in talks with automakers to extend subsidies for EVs that were set to expire in 2022, with the aim of maintaining growth in a key market amid a broader economic slowdown, Reuters said yesterday, citing three people familiar with the matter.

The country's purchase subsidies for new energy vehicles (NEVs), which were scaled back by 30 percent this year from 2021, will be completely withdrawn by 2023, according to previous plans.

The country aims to encourage residents in rural areas to spend less than 150,000 yuan ($22,230) on cars, including internal combustion engine vehicles and NEVs, according to the report.

In specific company news, NIO is expected to list and start trading on the main board of the Singapore Exchange this Friday, and Bank of America (BofA) upgraded its rating and price target on the company on Monday, saying the negatives have been priced in.

BYD will purchase and commission lithium products from local lithium producer Shenzhen Chengxin Lithium Group (SHE: 002240) for an estimated 4 billion yuan ($593 million) in 2022, according to an announcement from the new energy vehicle maker yesterday.