China is in talks with automakers to extend EV subsidies that were set to expire in 2022, aiming to maintain growth in a key market amid a broader economic slowdown, Reuters said. 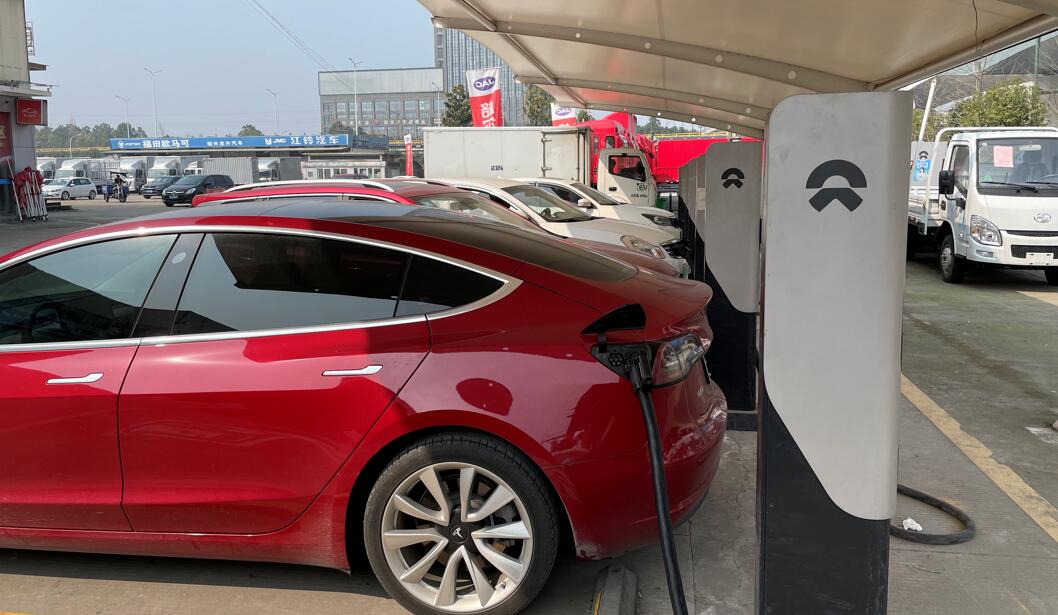 A key electric vehicle (EV) stimulus in China that was set to expire at the end of this year is reportedly set to be extended as Covid deals a serious blow to the auto industry.

China is in talks with automakers to extend EV subsidies that were set to expire in 2022 in an effort to keep a key market growing amid a broader economic slowdown, Reuters said today, citing three people familiar with the matter.

Government departments, including China's Ministry of Industry and Information Technology (MIIT), are considering continuing subsidies for EV buyers in 2023, the report said, adding that the full terms of the 2023 extension, including the amount of the subsidies and which vehicles would be eligible, have not been finalized.

China's Ministry of Finance (MOF) released plans on April 23, 2020, that the country's subsidies for new energy vehicles (NEVs) would be scaled back each year, saying that in principle the subsidy amounts would be reduced by 10 percent, 20 percent and 30 percent each year from 2020-2022, respectively, from the previous year.

Last December 31, the MOF clarified in an announcement that the subsidy policy will not continue starting in 2023.

It is worth noting that the 2020 policy mentioned that in principle, the annual subsidy scale is capped at 2 million vehicles. However, the latest regulations issued on December 31 did not mention that number, implying that the quantitative limit was dropped.

Dozens of EV companies, including NIO (NYSE: NIO, HKG: 9866) and XPeng Motors (NYSE: XPEV, HKG: 9868), have updated the latest subsidies available to their consumers for this year's purchases after the MOF confirmed that the subsidies will not be renewed next year, and the amounts have been reduced.

This means that even without new negative impacts, Chinese consumers are facing higher acquisition costs when buying NEVs.

Then, this year, as raw material prices continue to rise, especially battery materials as well as chips, forcing almost all major EV companies to raise prices, some even several times.

Under strong demand, although these price increases are generally seen as not negatively impacting NEV sales purchases. But the latest round of Covid outbreaks in China over the past few months have hit the economy hard and have begun to have an impact on people's willingness to spend, potentially exposing the fast-growing sector to the risk of a slowdown.

China's retail passenger car sales in April were 1.042 million units, down 35.5 percent year-on-year and 34 percent from March, according to data released by the China Passenger Car Association (CPCA) on May 10.

Retail sales of new energy passenger cars in April were 282,000 units, up 78.4 percent year-on-year and down 36.5 percent from March, the CPCA said.

It's also worth noting that China's current policy of exempting NEVs from purchase taxes, another policy that lasted for years, will expire at the end of this year.

To support the development of fuel-efficient vehicles, China first began exempting NEVs from purchase taxes in 2014, allowing most consumers to save about 10,000 yuan ($1,580) on such vehicles compared with those who buy conventional fuel vehicles.

China needs to move toward peak carbon and carbon neutrality targets, and needs to prepare a roadmap for green development in the auto industry, Xiao Yaqing, minister of the MIIT, said in a January 18 meeting.

The country needs to study and clarify support policies as soon as possible, including the continuation of tax incentives for the purchase of NEVs, improve the credit management requirements and stabilize market expectations, Xiao said.

Earlier several local media reports said the comment implied that the policy of NEV purchase tax exemption would be renewed.

However, the Reuters report today mentioned that this year, there is no purchase tax for such vehicles, but the government had planned to raise the tax rate to 10 percent of the purchase price in 2023. Instead, the tax rate will be raised to just 5 percent.