BofA upgrades rating on NIO from Neutral to Buy

BofA raised its price target on NIO from $25 to $26, believing negative factors seen are priced in.

Bank of America (BofA) upgraded its rating on NIO (NYSE: NIO, HKG: 9866) as well as its price target, saying the negative factors seen have been priced in after the company's stock price continued to move lower since last month.

Analyst Ming Hsun Lee upgraded his rating on NIO to Buy from Neutral, expecting higher sales levels to lead to better margins in the second half of 2022, according to Seeking Alpha.

Key catalysts for NIO include a strong model cycle and order backlog, the ability to pass on costs through price increases, normalization of the supply chain, and less ADR concerns with new exchange listings.

Lee raised NIO's sales volume estimates by 3 percent in 2022 and 8 percent in 2023, taking into account the latest model schedule and the speed of production resumption.

NIO's US-traded shares rose about 50 percent in the second half of March but have fallen again since April, accumulating a 32 percent drop since April 1.

NIO was successfully listed in Hong Kong on March 10 under the ticker symbol 9866 as planned, trading in board lots of 10 Class A common shares each.

The listing was conducted by way of introduction and did not involve a new share issue, and therefore did not result in new financing.

On May 6, NIO officially announced plans for a secondary listing in Singapore, saying the company had received a conditional eligibility-to-list letter from the local exchange.

The company's planned listing in Singapore will be similar to the one in Hong Kong, also by way of introduction.

On May 11, NIO announced that it expects to list and commence trading of its Class A ordinary shares on the Main Board of the Singapore Exchange on May 20.

It is also worth noting that for Chinese companies, including NIO, the key factor that has previously depressed their valuations is the risk of delisting.

On May 4, an updated SEC list showed that 88 companies, including NIO, XPeng, EHang Holdings, JD.com, and Pinduoduo, were added to the provisional list of issuers determined under the Holding Foreign Companies Accountable Act.

The 88 companies, the sixth to be added to the list, have until May 25 to provide evidence to the SEC that they are not eligible for delisting. If they are unable to do so, they will be placed on the conclusive List.

This move is expected, and the list is expected to continue to get longer and longer as regular updates continue. However, it is worth noting that US and Chinese regulators are currently working on this issue.

As of press time, NIO's shares were up over 4 percent in pre-market trading on Monday. 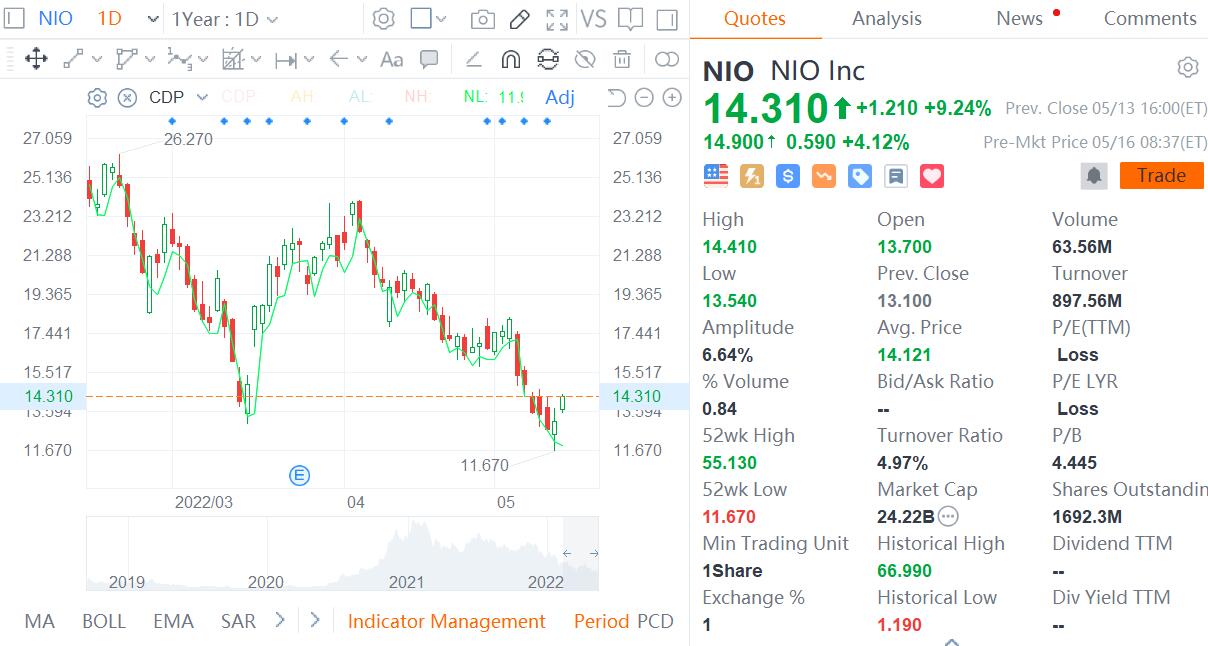