To date, a total of 23 companies have been added to the conclusive list, and another 105 are on the list of companies facing possible delisting.

The SEC's list, updated on May 4, shows that 88 companies, including NIO, XPeng, EHang Holdings, JD.com, and Pinduoduo, were added to the provisional list of issuers identified under the Holding Foreign Companies Accountable Act (HFCAA).

Companies placed on the conclusive list will be required to file the SEC's required documents within three years, and if they fail to do so, they will be delisted in early 2024, following the disclosure of their 2023 annual report.

The list was first released by the SEC on March 8 to include five companies - BeiGene, Yum China, Zai Lab Limited, ACM Research and HUTCHMED - and has been updated five times since.

On April 22, 17 companies, including Li Auto, were added to the provisional list in the last update.

Li Auto subsequently responded that inclusion on this list was not equivalent to delisting from the US and that this would not have any impact on the company's actual business operations.

Under the regulations, a company can only be restricted from trading in the US stock market if it has failed to open its audit papers to the US for three consecutive years, Li Auto previously said in a statement.

To date, a total of 23 companies have been added to the conclusive list, and another 105 are on the provisional list. Many of these companies, including NIO, XPeng, and Li Auto, are also already listed in Hong Kong.

The list is expected to continue to get longer, continuing with routine updates. It is worth noting, however, that Chinese and US regulators are currently working to address the issue.

The China Securities Regulatory Commission (CSRC) has had a very smooth dialogue with US regulators, with weekly videos gradually putting details in place, said Fang Xinghai, vice chairman of the CSRC, on the sidelines of the Boao Forum last month.

On April 29, Bloomberg reported that Beijing is discussing with US regulators the logistics of allowing on-site audit inspections of Chinese companies listed in New York, a sign of progress in talks to keep the US stock market open to Chinese issuers.

Regulators on both sides are negotiating how to allow a team of PCAOB inspectors to visit China so they can review audit procedures and access the reports of most of the 261 US-listed companies, the report said, citing people familiar with the matter.

NIO was up 3.42 percent, XPeng was up 4.29 percent and Li Auto was up 2.88 percent at the close of the US stock market on Wednesday. They were down 1.99 percent, 2.21 percent and 0.81 percent, respectively, in the after-hours trading session at press time. 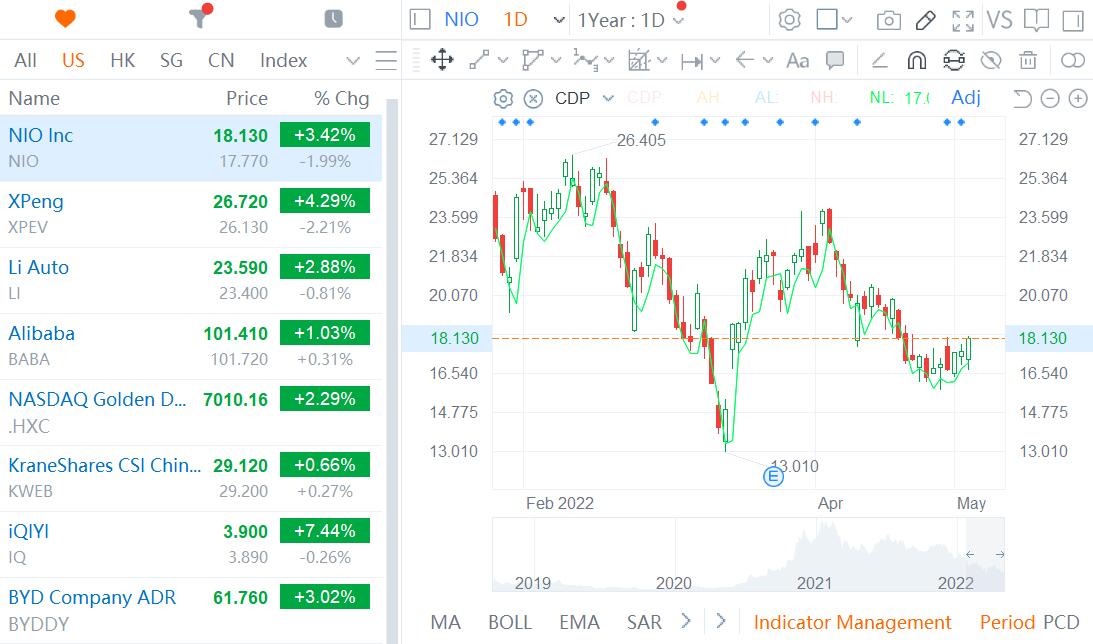