The 17 companies are the fifth to be added to the list, and they have until May 12 to provide evidence to the SEC that they are not eligible for delisting.

The list of Chinese companies facing possible delisting announced by the US Securities and Exchange Commission (SEC) got longer with the addition of companies, including Li Auto (NASDAQ: LI, HKG: 2015).

Under the HFCAA, the SEC has the authority to delist foreign-listed companies from US exchanges if they fail to file reports required by the Public Company Accounting Oversight Board (PCAOB) for three consecutive years.

The 17 companies, the fifth to be added to the list, have until May 12 to provide evidence to the SEC that they do not qualify for delisting. If they are unable to do so, they will be placed on a conclusive list. 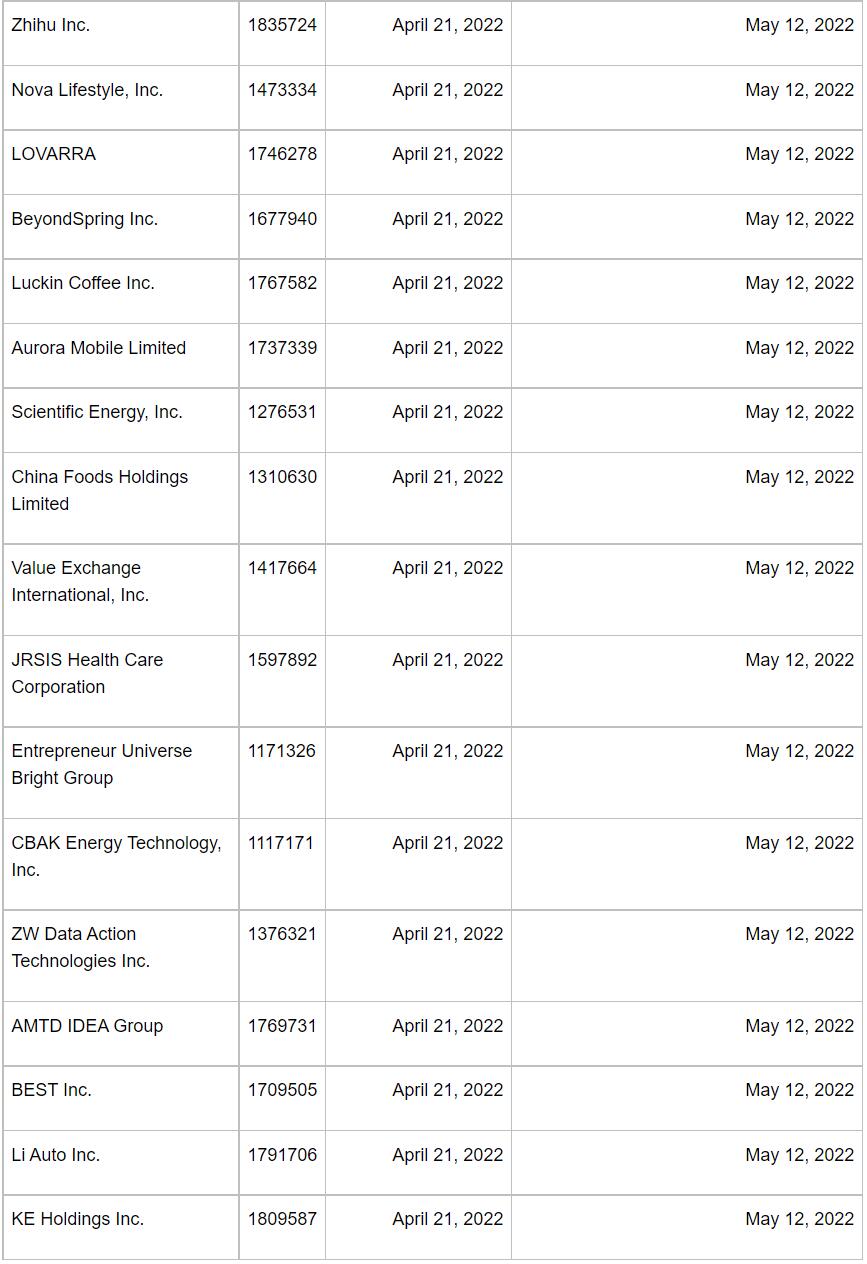 Companies placed on the conclusive list will be required to file the SEC's required documents within three years, and if they fail to do so, they will be delisted after disclosing their 2023 annual report, in early 2024.

The list was first released by the SEC on March 8 and has been updated four times since then. The first batch of companies include BeiGene, Yum China, Zai Lab Limited, ACM Research and HUTCHMED.

Currently, 11 companies, including these five companies, Weibo and Baidu, have been included in the conclusive list of issuers identified under the HFCAA. 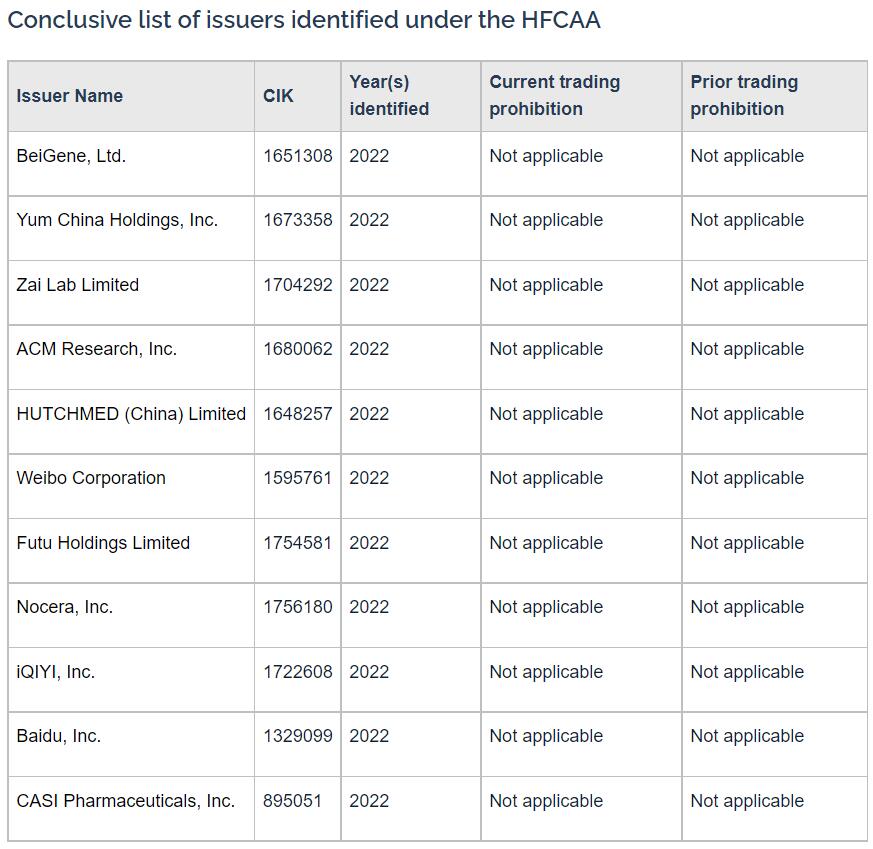 The list is expected to grow longer and continue with regular updates.

It is worth noting, however, that Chinese and US regulators are currently working to resolve this issue.

Fang said that China will let the PCAOB review legally and reasonably and this uncertainty is believed to be removed soon, according to Yicai's report.

Li Auto was down 1.65 percent in after-hours trading at press time.

In response to the risk of delisting, Li Auto's shares have been trading in Hong Kong through a dual primary listing since last August 12. 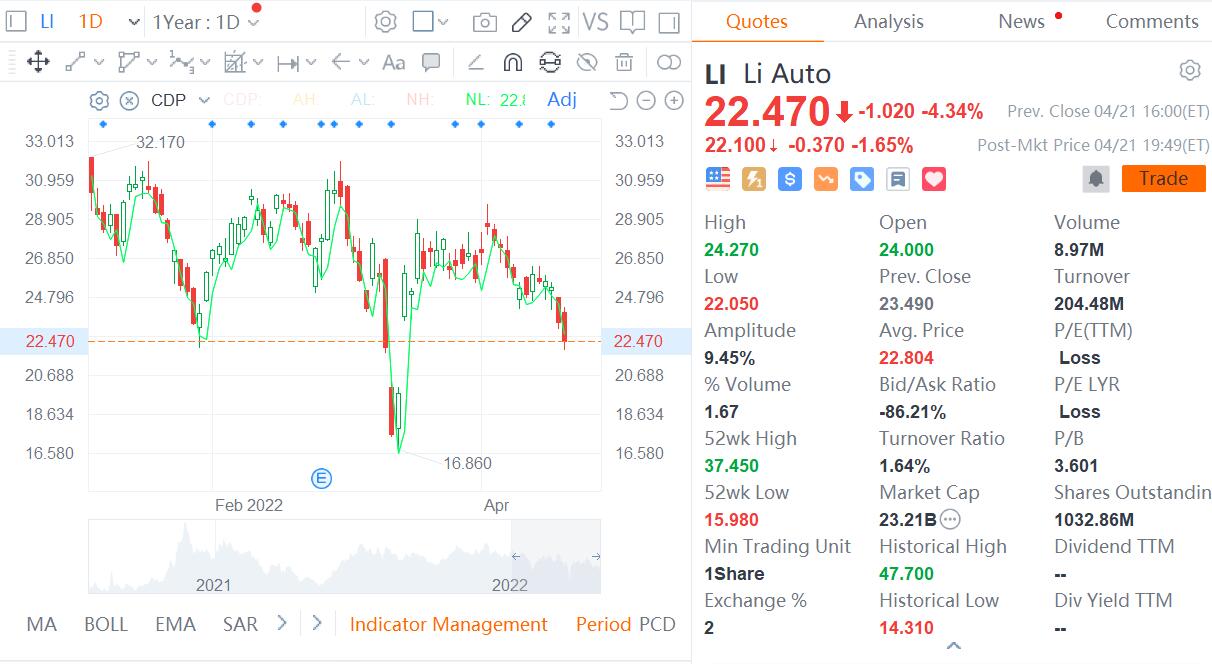