The NIO ES8 will start at a lower price in Norway than in China, fulfilling a previous promise by company executives not to pursue higher gross margins. 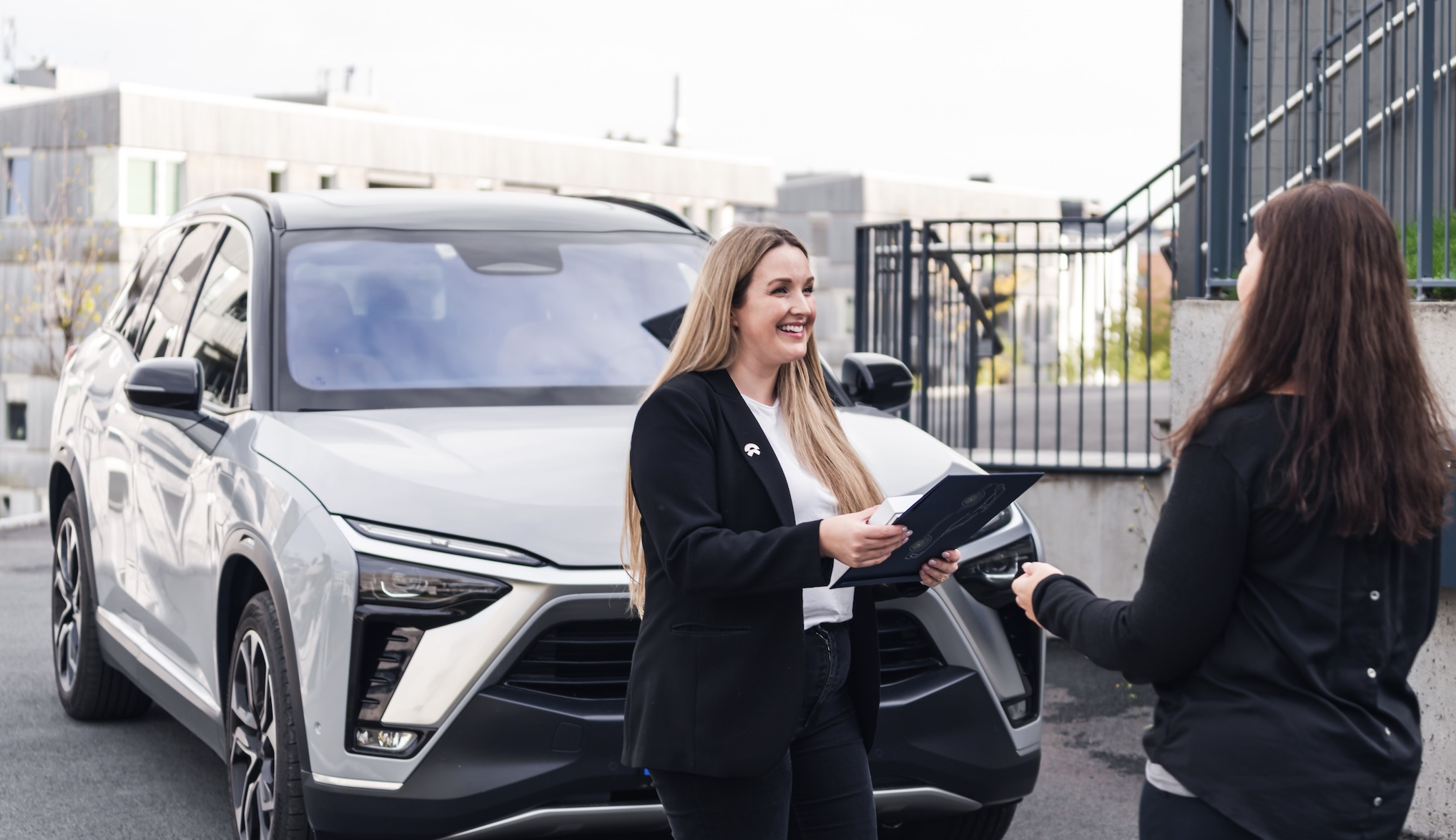 NIO officially announced the price of its first export model ES8 in Norway on Thursday, and as the company previously promised, it doesn't seem to be looking for higher gross margins. 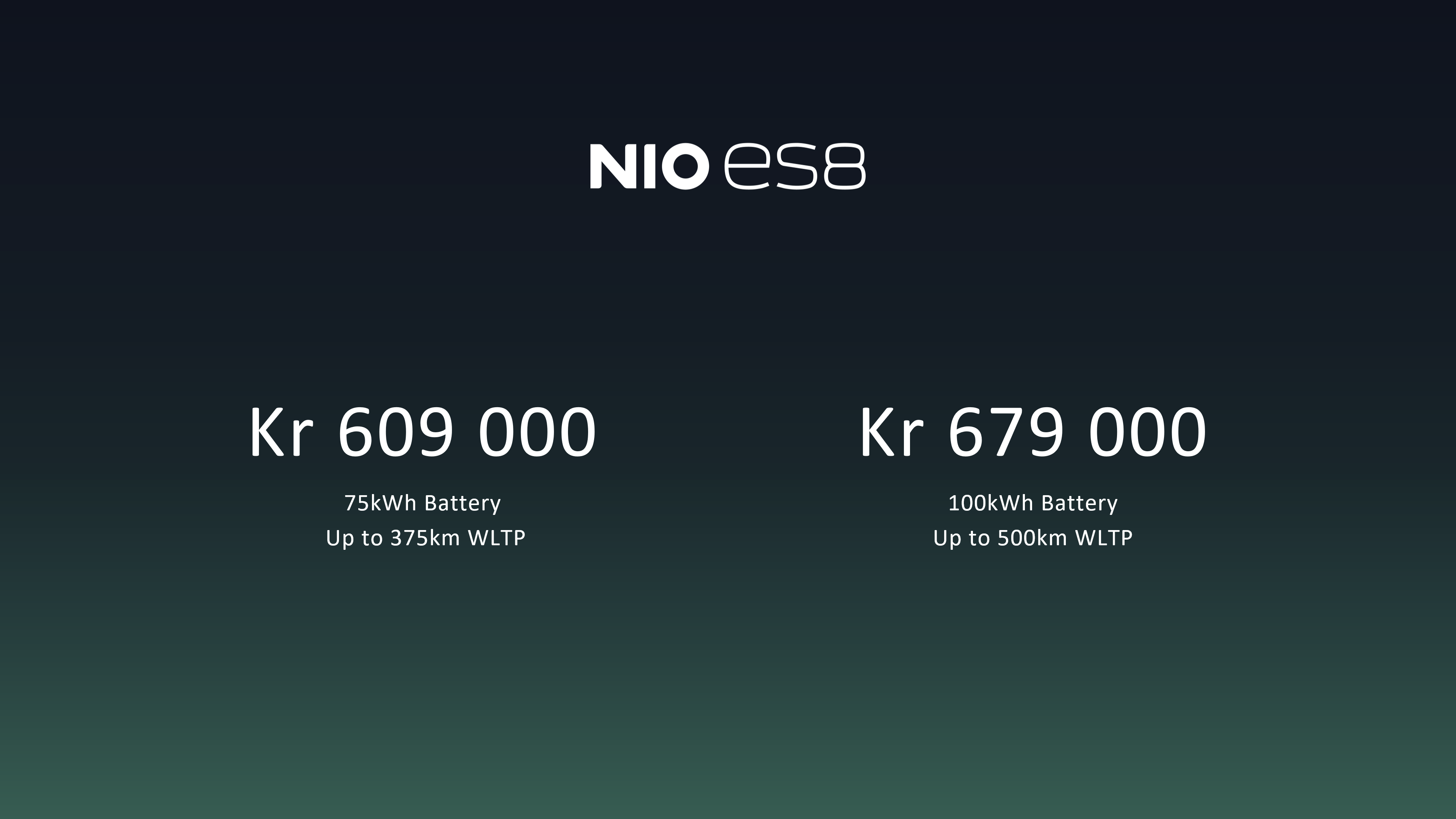 NIO has also brought its battery leasing service BaaS to Norway, under which the starting price for the 75-kWh model is reduced to NOK 519,000 and the user pays NOK 1,399 per month for the battery lease.

For Norwegian consumers, the immediately available ES8 model is the Signature Edition with the 100-kWh pack, which starts at NOK 759,000. If customers choose BaaS, the starting price for this model is reduced to NOK 599,000 and the monthly battery lease costs NOK 1,999. 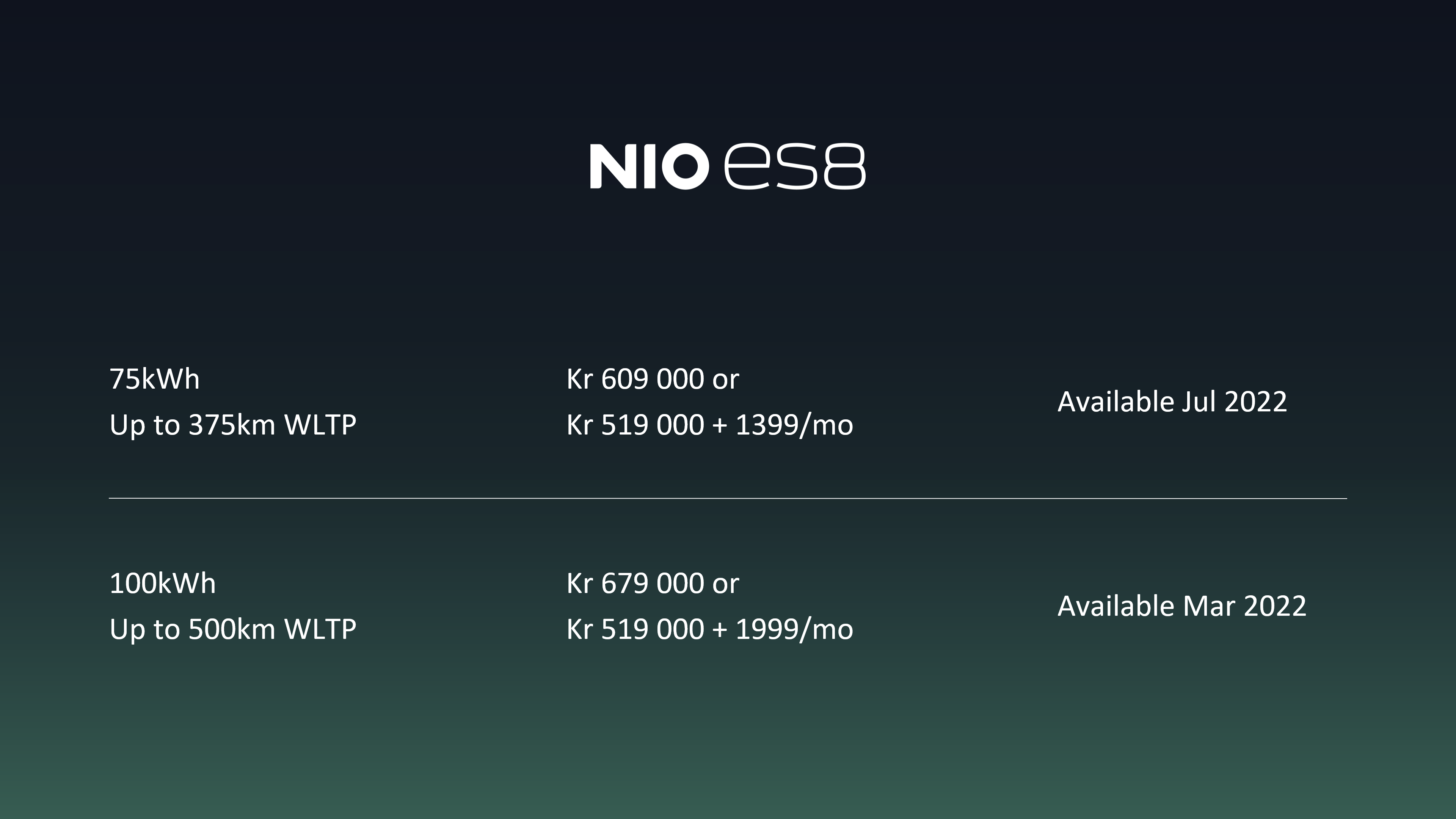 NIO also offers the Signature Edition with a 75-kWh battery pack at a starting price of NOK 689,000. If users choose BaaS, the starting price is reduced to NOK 599,000 and the monthly battery rental is NOK 1,399.

NIO plans to have 20 battery swap stations in Norway by the end of 2022. 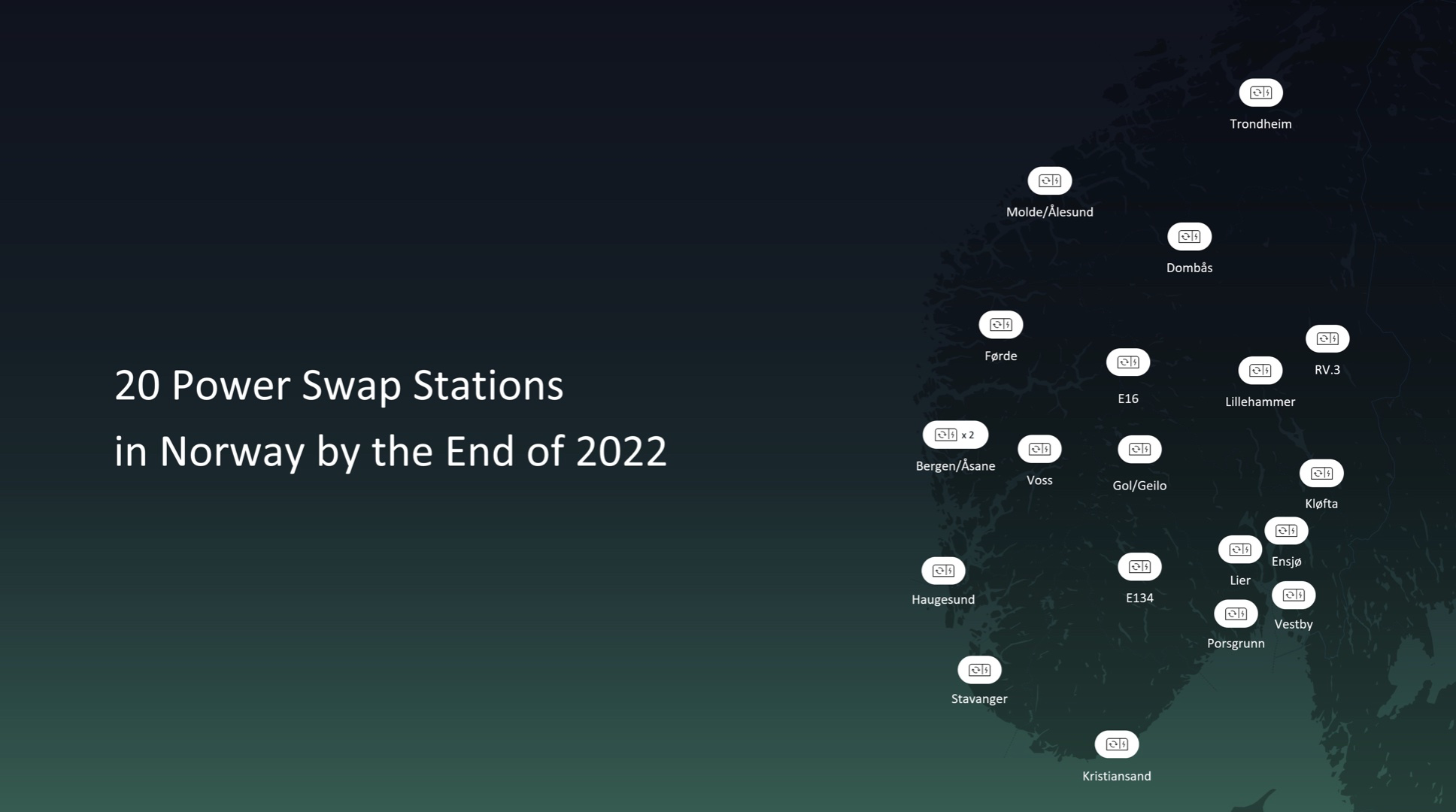 For comparison, the ES8 with the 75-kWh pack starts at RMB 468,000 before subsidies and RMB 451,800 after subsidies in China. If customers choose BaaS, the starting price is RMB 70,000 lower and the monthly battery rental cost is RMB 980.

NIO said today that it has adopted a global pricing strategy and the above prices are the result of taking into account logistics, local taxes and operating costs.

This fulfills a previous promise by the company's executives.

At the launch event announcing its entry into the Norwegian market on May 6, NIO founder, chairman and CEO William Li said that NIO wanted to serve local users in Norway at the same level as it offers in China, but the price would definitely be different, which is related to the local labor cost and social development level.

Li said NIO's pricing in Norway will take into account tariffs and transportation costs, but will not seek higher gross margins.

Here is the press release from NIO:

On September 30, NIO officially launched its ES8 in Norway and commenced user delivery. NIO House | Oslo will open to the public on October 1.

NIO adopts global pricing strategy. After adjusted for logistics, local taxes and operating costs, the ES8 has a starting price of NOK 609,000 with the standard-range battery (75 kWh), and NOK 679,000 with the long-range battery (100 kWh) with which the ES8 boasts a WLTP range of 500 km.

NIO's Battery as a Service (BaaS) is also available in Norway. With comprehensive services enabled by vehicle-battery separation, battery subscription and the chargeable, swappable and upgradable batteries, it marks a breakthrough both in technology and business model. BaaS users can choose to purchase a car without battery, and subscribe to batteries of various capacities according to actual needs by paying a monthly subscription fee accordingly.

At the same time, BaaS can address problems that have long been affecting the wide adoption of electric vehicles, including battery degradation, inflexible capacity upgrades, and fluctuated vehicle resale value. Those who subscribe to BaaS will be able to enjoy services of NIO Power Swap network and flexible battery upgrades.

By the end of 2022, NIO will build 20 Power Swap stations in Norway, covering Norway's five largest cities and their main roads. The first integrated station of battery charging and swapping in Norway will be up and running at the end of October.

Located at Karl Johans Gate 33, Oslo's center of commerce and culture, NIO House | Oslo has a total area of 2,100 square meters, and is the largest user center in Norway. The two-story structure has an upper floor for the display of products and services, and a lower floor for the NIO Cafe, Library, Forum, Lab, Living Room and Joy Camp areas exclusive to NIO users.

NIO's Service and Delivery Center in Oslo will open in October. With a floor space of 1,800 square meters, it offers services including vehicle delivery, maintenance and repair, mobile service fleet and car pick-up and delivery service. NIO will also provide worry-free service in the other four cities in Norway together with authorized service partners.

“Today marks a significant moment in the history of NIO. Today the very first European users have the opportunity to experience what it means to be part of the NIO community,” says NIO Europe’s CEO Alexander Schwarz. “Norway is our starting point of our journey in Europe and beyond. Our vision is clear: to provide our users with seamless and worry-free services as well as supreme and joyful user experiences. We offer to be their friend and partner on their personal journey to a brighter and more sustainable future. From our NIO Houses, such as the first one in Oslo, through to our battery swap stations, our worry-free Battery-as-a-Service subscription models and our convenient online services, Being part of the NIO community will bring joy, friendship and meaningful interaction.”