Li Auto to report Q3 earnings on Dec 9, what to watch? 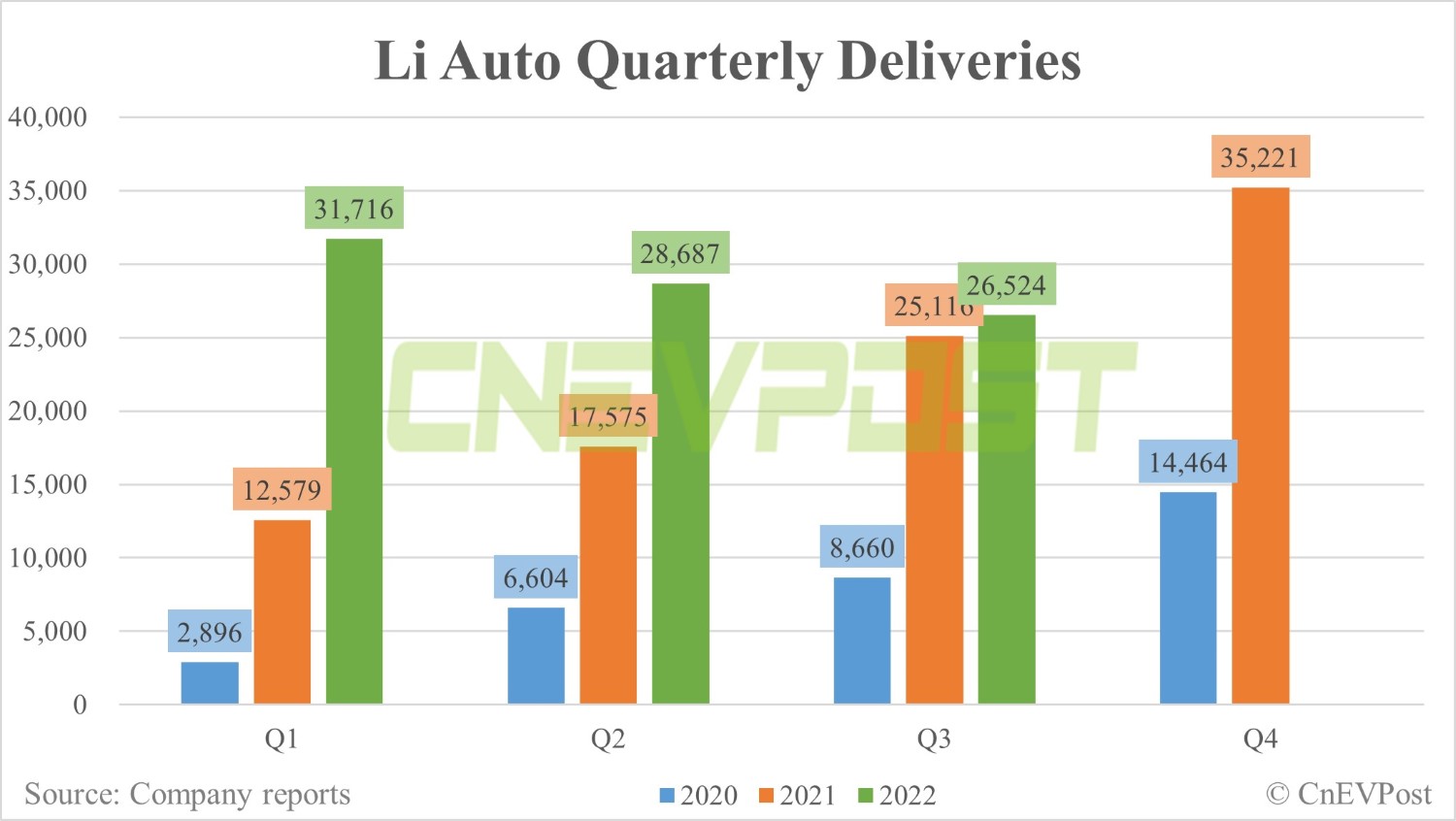 "We expect a somewhat messy quarter due to accelerated phase-out of the Li ONE materially hurting margins," the team said in a research note sent to investors on Wednesday.

Previously released data has shown that Li Auto delivered 26,524 vehicles in the third quarter, up 5.61 percent year-on-year, but down 7.54 percent from the second quarter.

Li Auto had guided for 27,000 to 29,000 deliveries in the third quarter when it reported its second-quarter earnings on August 15.

However, on September 26, it lowered its third-quarter delivery guidance to about 25,500 vehicles, saying this was a direct result of supply chain constraints while underlying demand for the company's vehicles remained strong.

Yu's team believes that Li Auto's accelerated phase-out of its first model, the Li ONE, in the third quarter materially hurt margins. The company offered significant incentives, such as insurance subsidies and an RMB 20,000 discount, to sell inventory before the Li L8 changeover.

The team expects Li Auto to report revenue of RMB 9.2 billion, a gross margin of 16.0 percent, and adjusted earnings per share of RMB -0.75 in the third quarter. This compares with the current analyst consensus of RMB 9.8 billion, 21.6 percent, and RMB -0.59, respectively, in a Bloomberg survey.

Yu's team expects that Li Auto's management's guidance for fourth-quarter deliveries could target mid-40,000 units, which would imply monthly sales of around 20,000 units in December.

Previously published figures have shown that Li Auto delivered 10,052 units in October and 15,034 units in November, for a total of 25,086 units for the two months.

Yu's team lowered its forecast for Li Auto's fourth-quarter deliveries to 44,000 units from about 50,000, still assuming a big increase in Li L8 production in December and a largely stable Li L9.

In terms of Li Auto's gross margin, the fourth quarter should be a more normalized quarter, returning to about 21 percent, the team said, adding that overall, on a non-GAAP basis (excluding stock-based compensation), Li Auto should be profitable.

Notably, Li Auto founder, chairman, and CEO Li Xiang said on Weibo on November 1 that the company will aim to achieve single-month revenue of more than RMB 10 billion in 2022.

Yu's team believes that for Li Auto to reach that goal, it will need to deliver 25,000 units in December. "We believe that may be overly aggressive given impact of Covid," the team said.

In addition to the Li L8 and Li L9, which are currently being delivered, Li Auto will begin delivering the Li L7 large SUV in the first quarter of next year, followed by the smaller midsize L6 SUV.

"Broadly speaking, Li Auto appears to be gearing up to go after all the sub-segments of the premium SUV market, believing an EREV powertrain represents better value for performance (and convenience) relative to BEVs," Yu's team wrote.

There will be some cannibalization due to the growing breadth of the Li Auto portfolio, the team said, adding that they are lowering their 2023 sales forecast for Li Auto by 15,000 units to 250,000 and gross margin forecast by 110 bps to 22.0 percent.