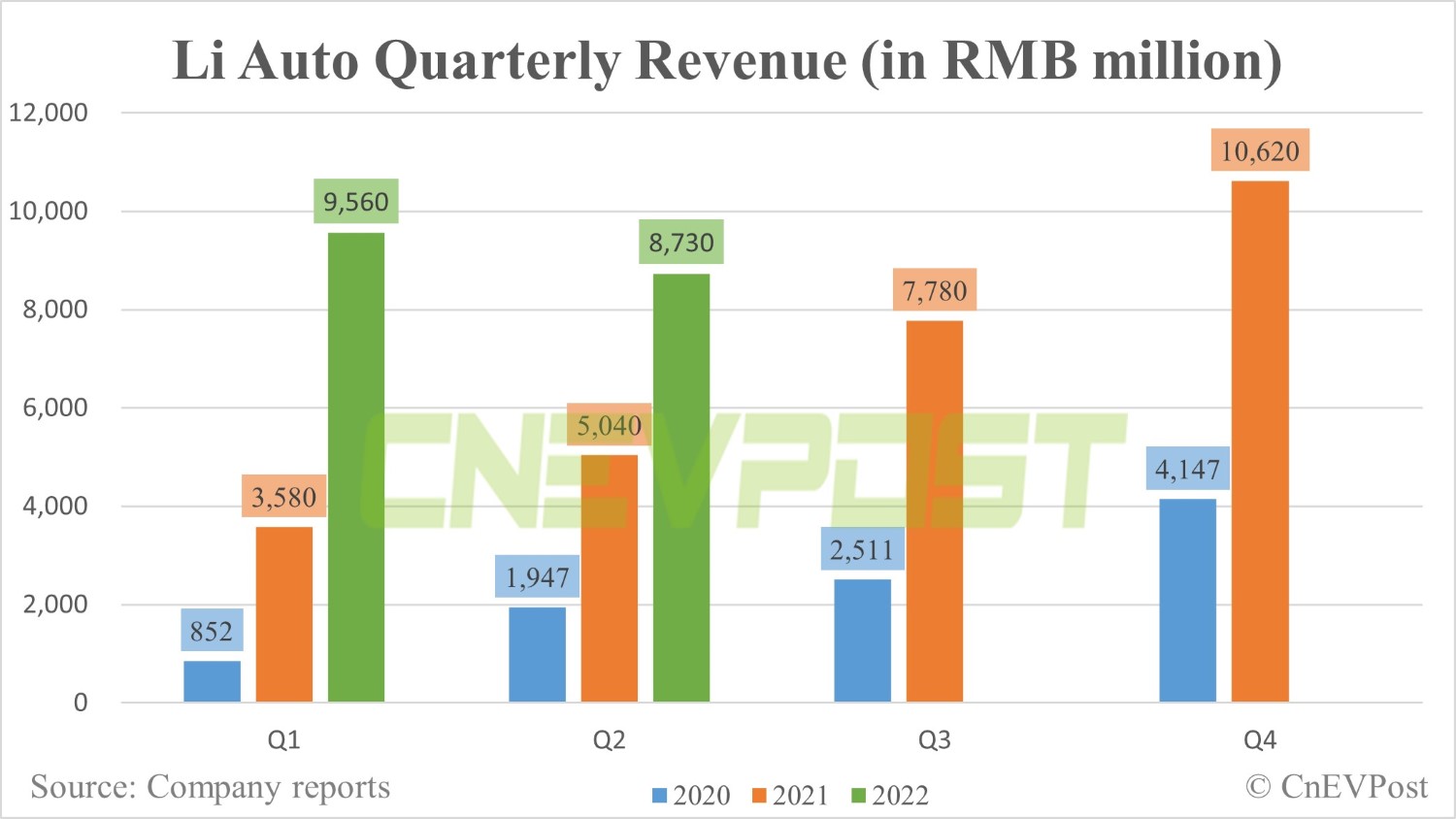 Li Auto's vehicle sales revenue for the second quarter was RMB 8.48 billion, an increase of 73.0 percent year-on-year and a decrease of 8.9 percent from the first quarter. 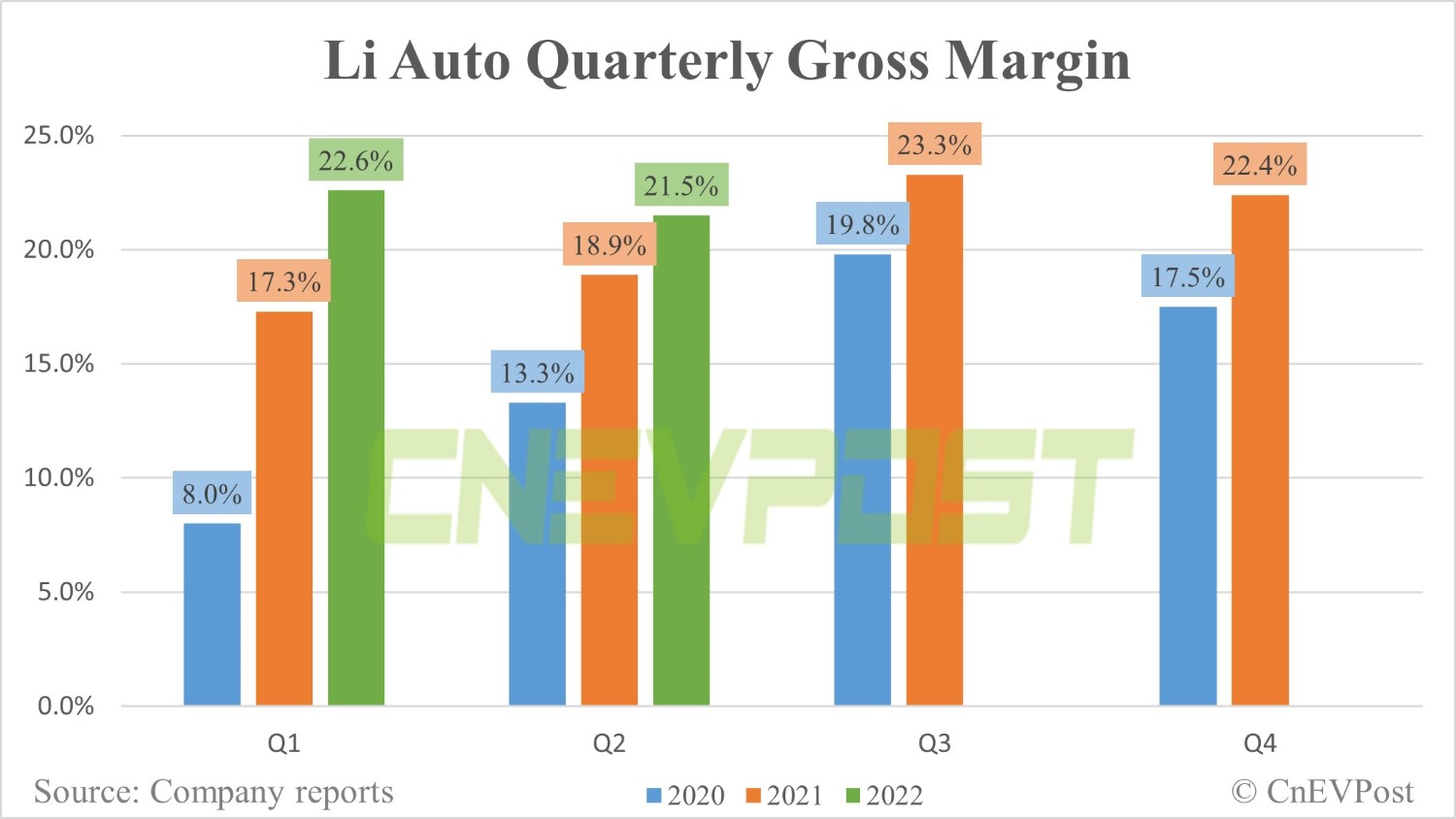 It reported a vehicle margin of 21.2 percent in the second quarter, up from 18.7 percent a year ago but below the 22.4 percent reported in the first quarter. 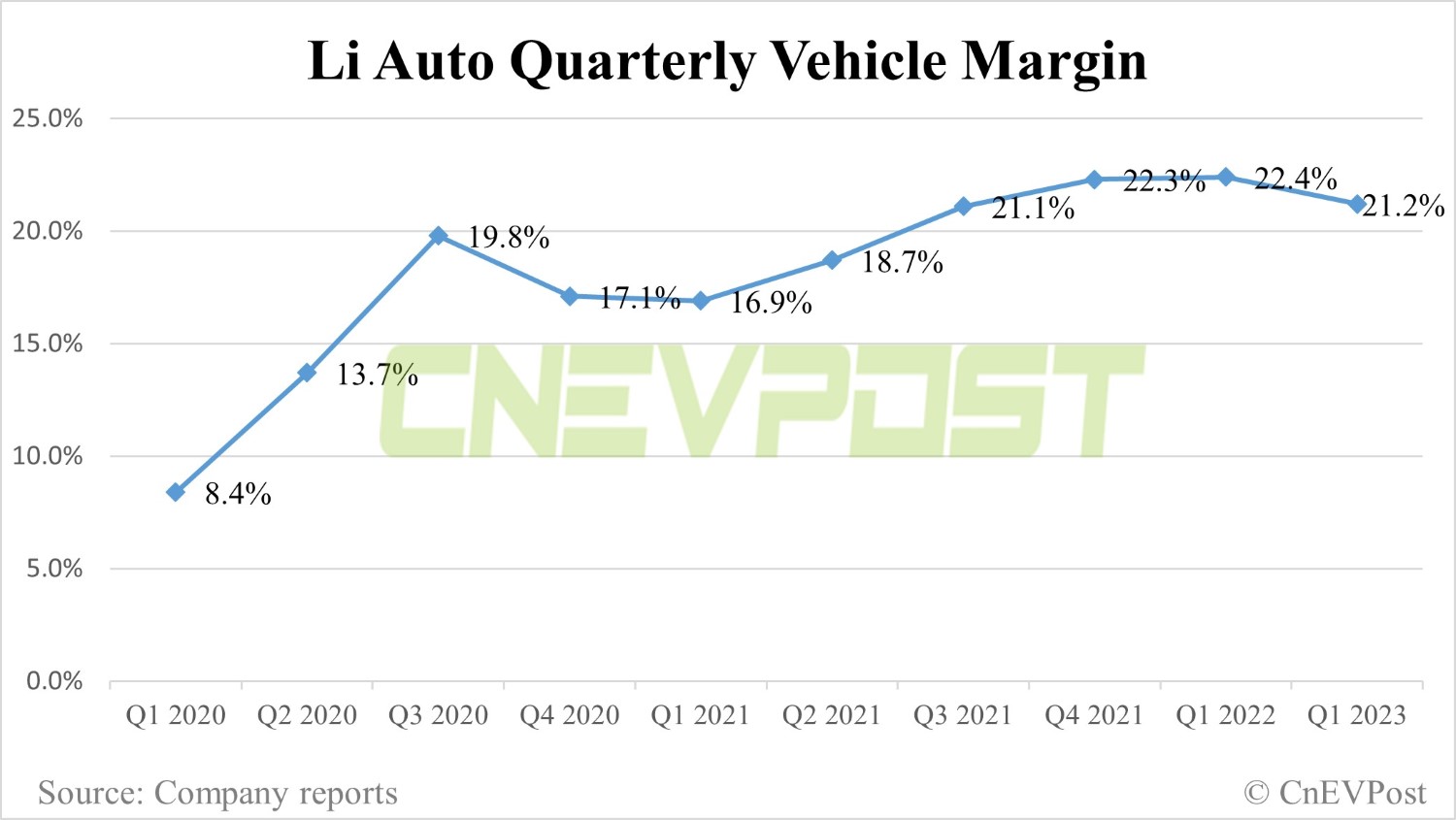 The company expects third-quarter revenue to be RMB 8.96 billion to RMB 9.56 billion, up 15.3 percent to 22.9 percent from a year ago. But this is below market expectations of RMB 13.98 billion.

Previous figures show that Li Auto delivered 28,687 vehicles in the second quarter, above the upper end of its guidance range of 21,000-24,000 vehicles. 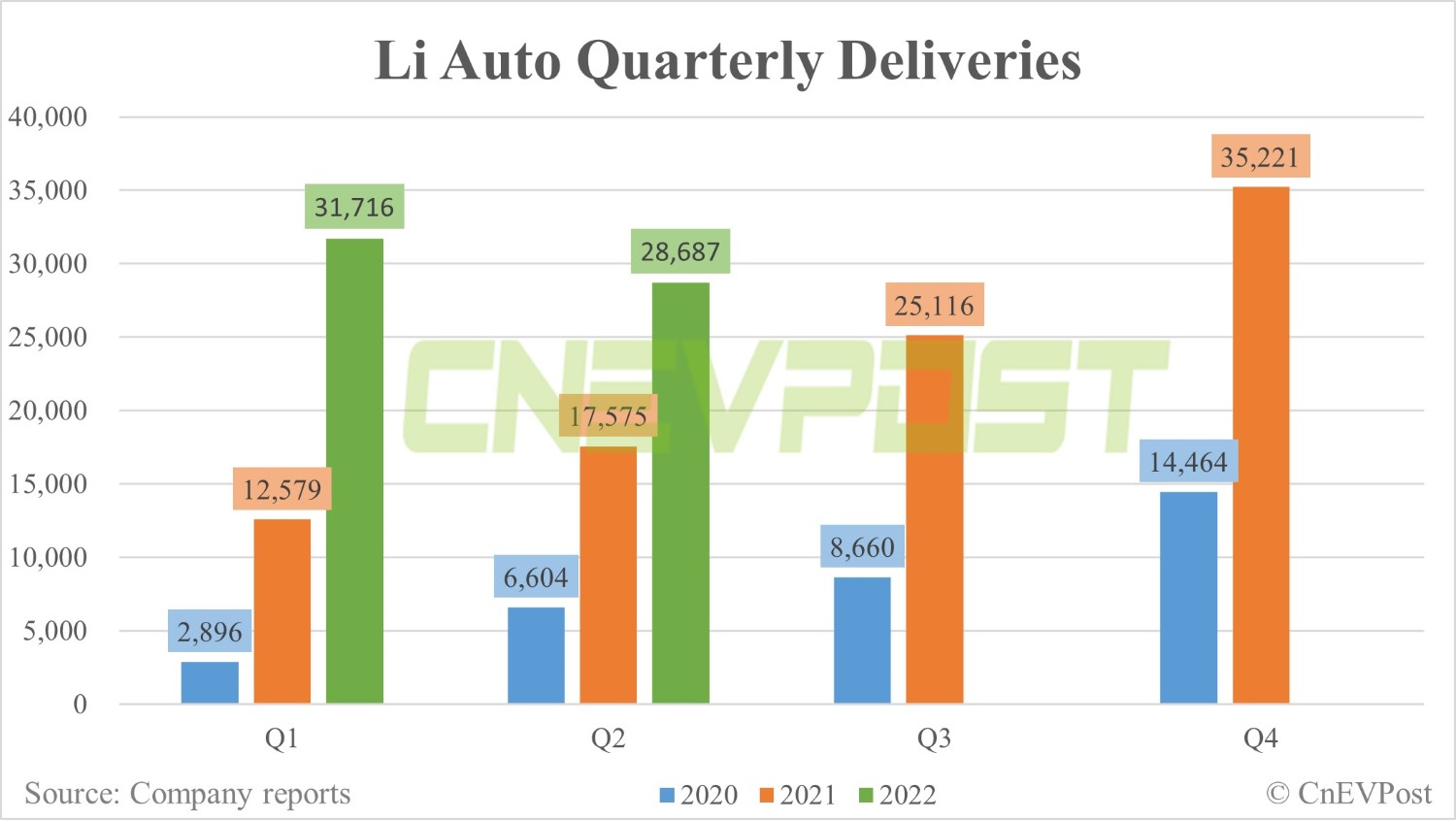 This was mainly due to the impact of the Covid outbreak, which led to a significant decrease in its April deliveries. 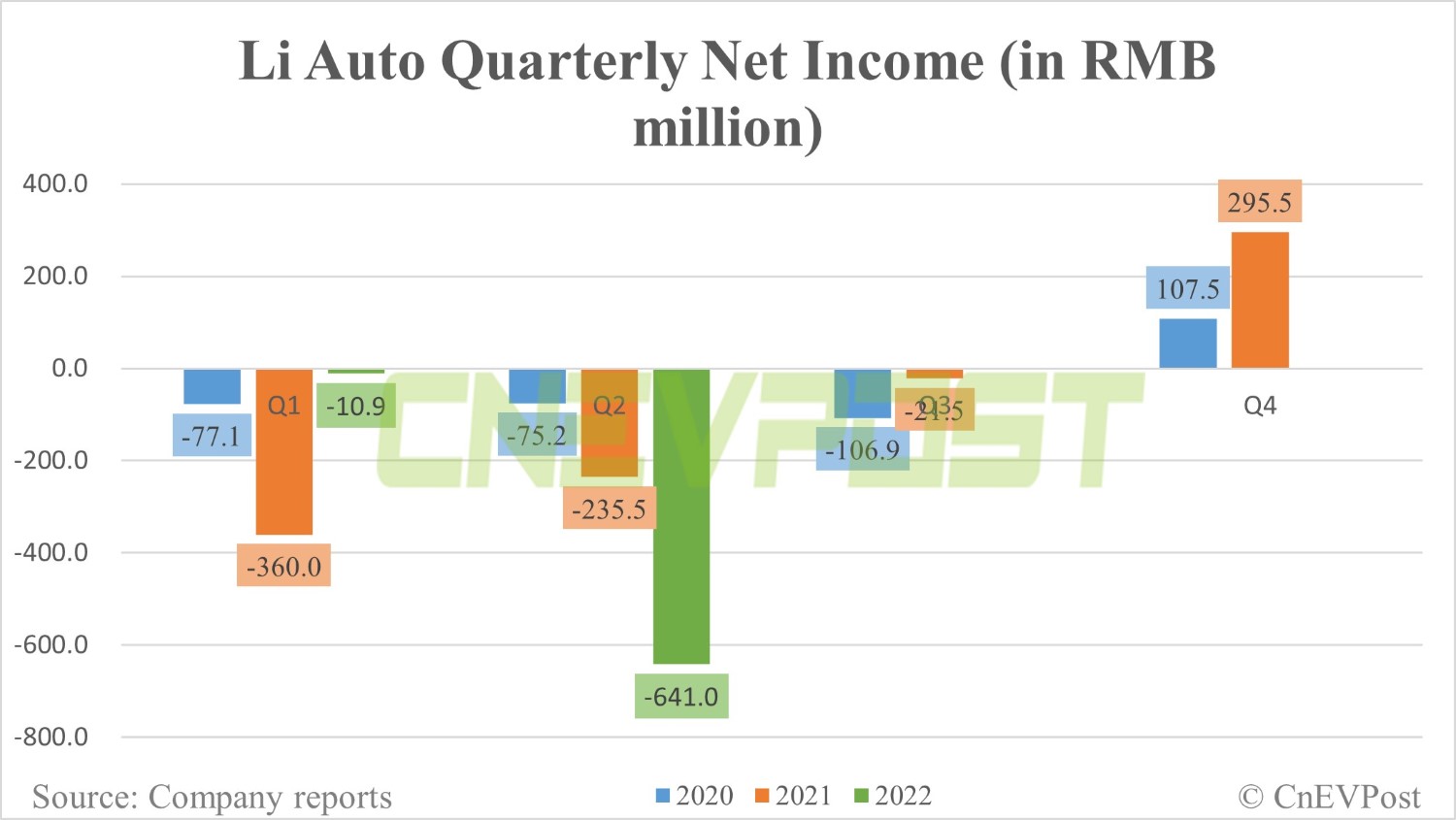 As of June 30, the company's balance of cash and cash equivalents, restricted cash, time deposits and short-term investments was RMB 53.65 billion.

As of press time, Li Auto was down 4.74 percent in pre-market trading in the US stock market. 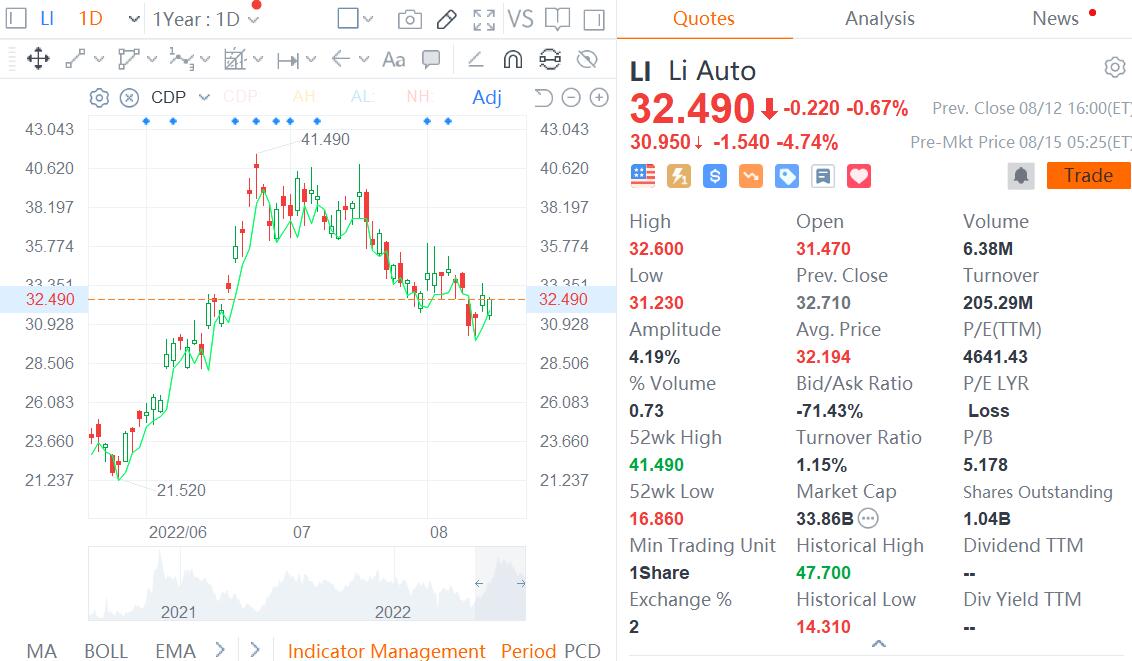