Li Auto fell below HK$100 for the first time since early June, accumulating a 32 percent drop from its recent high on June 24. 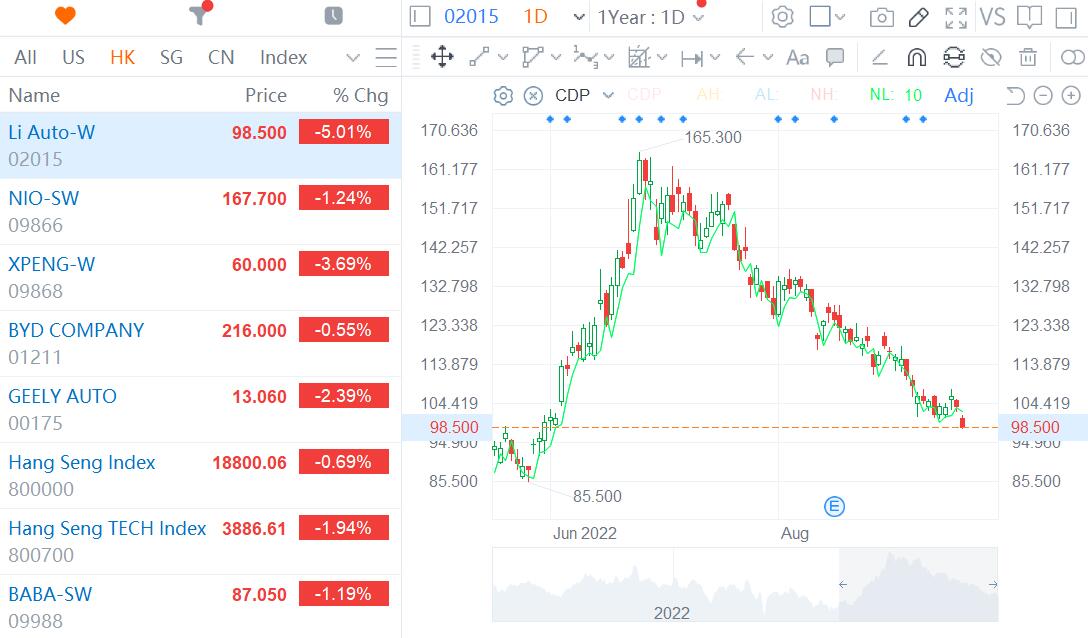 At press time, Li Auto was down 5 percent to HK$98.5, the first time it has fallen below HK$100 since early June. The company has accumulated a 32 percent drop in Hong Kong from its recent high on June 24.

XPeng fell 3.69 percent to HK$60, bringing its cumulative decline since June 27 to 56 percent.

Li Auto's pain during the transition to new models appears to be a key concern for investors. The recent move by an executive to cut his holdings also adds to investors' pessimism.

Li Auto delivered 4,571 vehicles in August, the second-lowest so far this year behind April's 4,167 when its supply chain was hit hard by Covid lockdowns.

This is likely due to the fact that with the Li L9 deliveries starting on August 30 and the impending release of the Li L8, it has caused potential consumers to delay their car purchase plans.

However, the performance of Li Auto seems to be improving into September.

Li Auto co-founder and president Shen Yanan sold 600,000 shares of the company's Hong Kong-traded stock on September 6, a move that reduced Shen's stake in Li Auto from 1.71 percent to 1.68 percent of the company's outstanding shares, according to a Hong Kong Stock Exchange filing last week.

This was the second time Shen has sold his Li Auto shares this year, the last time being on September 2, when he sold 400,000 shares, reducing his stake from 1.74 percent to 1.71 percent.

XPeng will officially launch the G9 SUV in China on September 21, and several analysts said the model is expected to be a catalyst for improving investor sentiment, though that depends on its pricing.