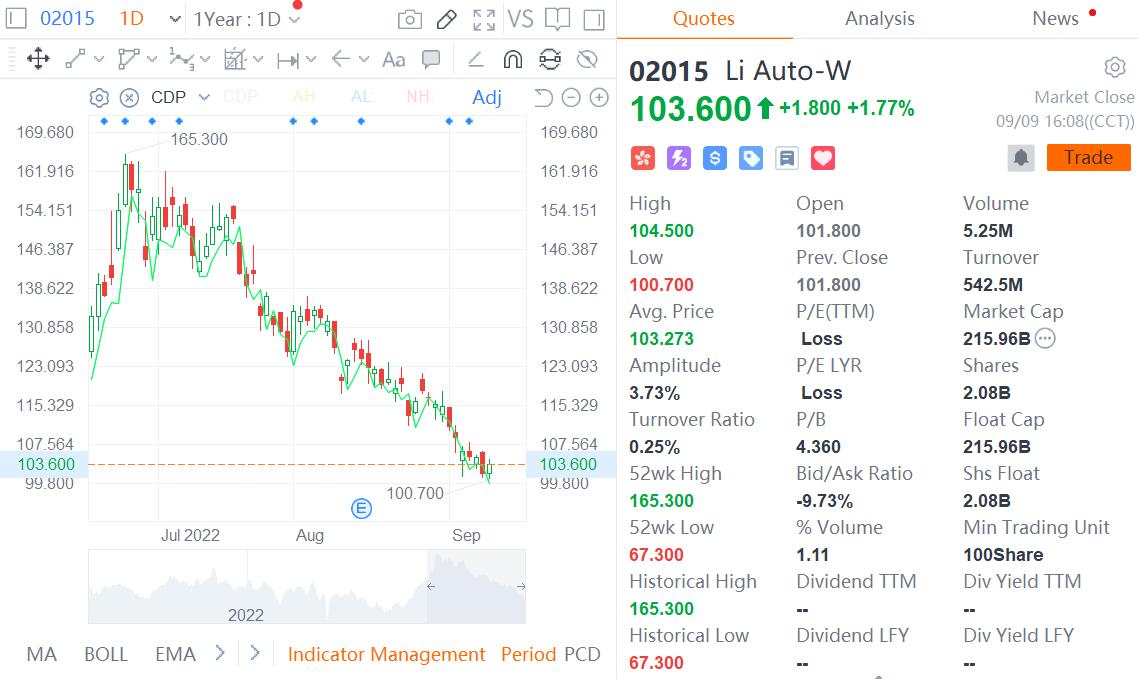 Li Auto co-founder and president Shen Yanan sold 600,000 shares of the company's Hong Kong-traded stock on September 6, the second reduction in his holdings so far this year.

Following the move, Shen's stake in Li Auto fell from 1.71 percent to 1.68 percent of the company's outstanding shares, according to a Hong Kong Stock Exchange filing.

Shen sold those shares at an average transaction price of $13.125, or about HK$103. He cashed out about $8 million with the move.

This is the second time Shen has sold his Li Auto shares this year, the last time being on September 2, when he sold 400,000 shares, reducing his stake from 1.74 percent to 1.71 percent. 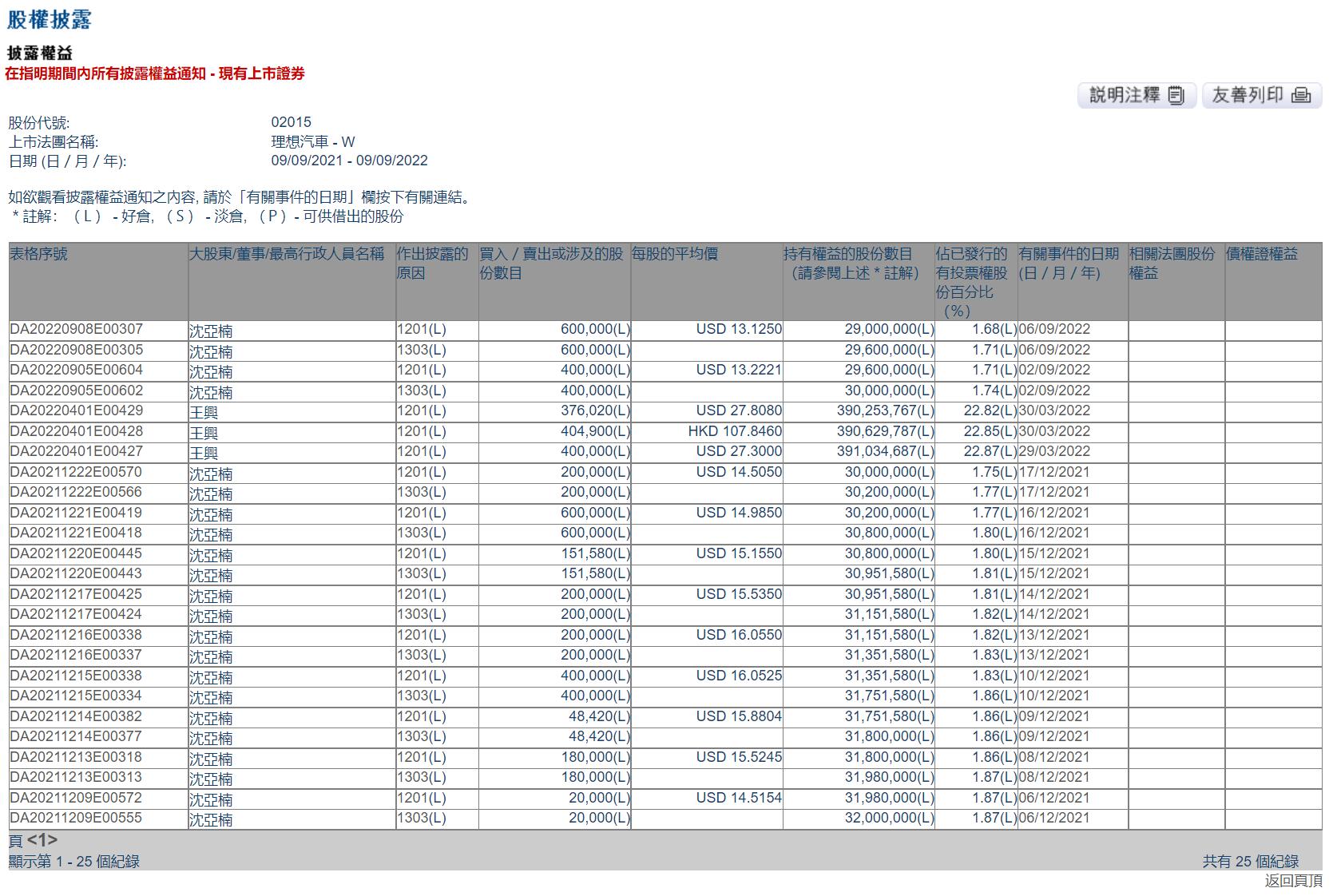 Shen has served as president of Li Auto since November 2015 and is responsible for the company's overall strategy, business development, supply chain management, and sales and marketing.

Prior to joining Li Auto, he served as vice president of Lenovo, where he was responsible for global supply chain operations.

Li Auto made a secondary listing in Hong Kong on August 12 last year by way of a dual primary listing.

So far this year, Li Auto's stock traded in Hong Kong is down about 16 percent.

Li Auto is currently in the midst of a transition between old and new models, causing it to take a hit in recent deliveries.

Li Auto delivered 4,571 vehicles in August, the second-lowest so far this year behind April's 4,167 when its supply chain was hit hard by Covid lockdowns.

Li Auto deliveries fall to 4,571 units in Aug as new models may have held back potential consumers' plans