The cost of replacing a battery pack in the Polestar 2 is twice the price of a new car, making the brand a recent talking point in China. 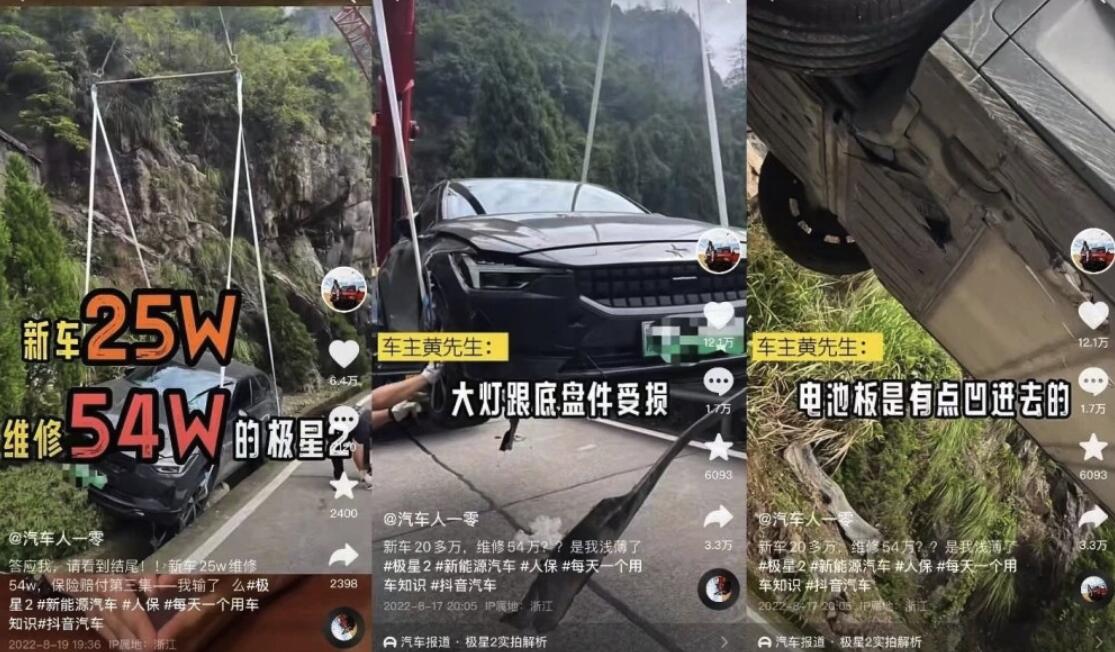 A Chinese Polestar 2 owner was facing costs of about twice the price of a new vehicle when it comes to replacing a damaged battery pack, which has caused widespread discussion. The latest developments indicate that the vehicle has been scrapped.

Mr. Huang, the owner of the Polestar 2 dual-motor long-range version, had an accident while driving that resulted in damage to the headlights and chassis and inward denting of the battery panel, according to a report by local media outlet Jiemian on August 19.

During the subsequent repair process, Mr. Huang was told by the dealership that the vehicle needed a battery pack replacement at a cost of 540,000 yuan ($79,200).

Polestar is the premium electric vehicle maker owned by Geely and Volvo Cars, and its Chinese website shows that the Polestar 2 is currently available in three versions with a starting price of RMB 269,000.

Mr. Huang's dual-motor long-range version is priced at RMB 338,000, but he was invoiced at RMB 249,000 when he purchased the vehicle, according to a report by local media outlet Yicai on Monday.

The vehicle has now been scrapped and is fully covered by his insurance company, and there is no more question of repairs, Yicai quoted a Polestar source as saying.

Separately, Polestar said information that replacing the battery pack would cost up to RMB 540,000 was untrue, according to another local media report by Lanjinger, which provided no further details.

Jiemian's report last week quoted a salesperson at a Polestar dealership store in Hangzhou as saying that his understanding is that the current price for replacing the entire battery pack is around RMB 400,000.

Polestar was co-founded by Volvo and Geely in 2017, and the carmaker unveiled its first product, the Polestar 1, the same year but the model is only available in limited numbers.

The Polestar 2, which will be officially delivered in mid-2020, is the brand's first real production model on sale.

The high cost of battery pack replacement is related to the pack structure, according to Yicai.

Polestar previously said that the Polestar 2's battery pack has an H-shaped distribution in two layers, which has some structural differences from the common battery pack that is laid flat in one block.

This structure reduces the risk of battery pack damage, but at the cost of high repair costs, according to the report.