Although the move is different from an executive's reduction of a company's stock, it is just as likely to put pressure on BYD's share price performance. 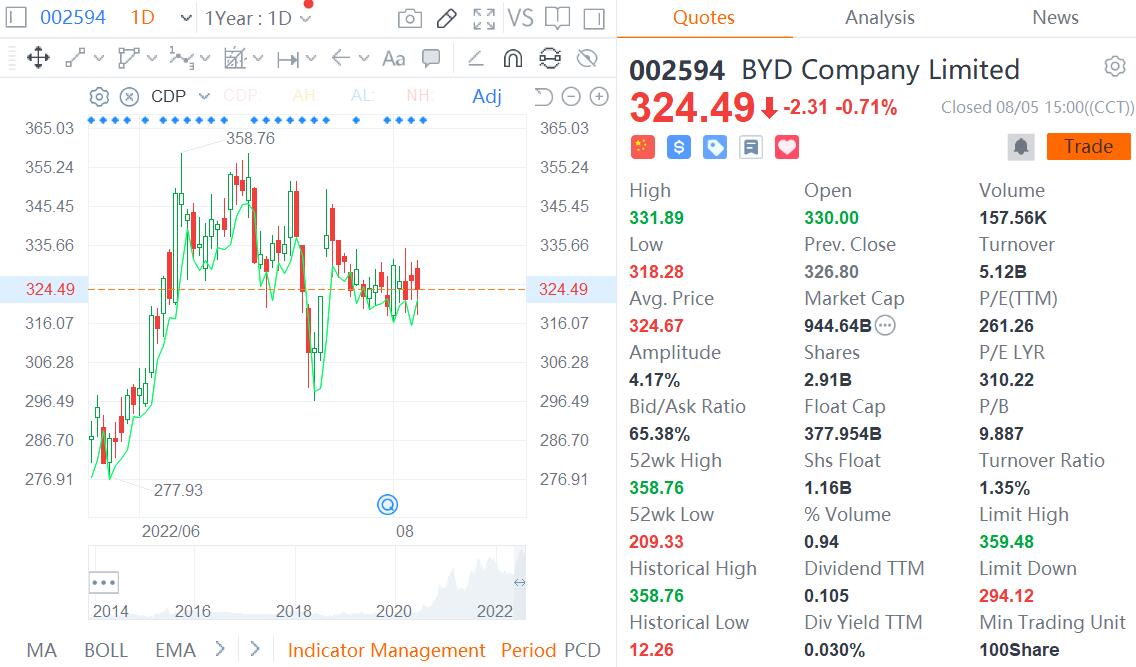 BYD executive vice president Li Ke plans to donate her 500,000 BYD A shares to the BYD Charity Foundation for a blood disease-related charity project at Peking University Shenzhen Hospital, according to an exchange announcement today.

BYD's shares traded in Shenzhen closed at RMB 324.49 on Friday, implying the donation is worth about RMB 162 million ($24 million).

BYD Charity Foundation, which was established in 2010 and did not previously hold any BYD shares, will hold 0.02 percent of BYD shares after the donation, according to the announcement.

These shares donated by Ms. Li are not subject to any restrictions on sale, and BYD Charity Foundation will donate the cash obtained after the stock reduction, after deducting the corresponding taxes and management fees, to Peking University Shenzhen Hospital.

These funds will be used to support Peking University Shenzhen Hospital's research related to the prevention and treatment of blood diseases, as well as the introduction and training of talents.

Charitable acts are all commendable, but for investors, the move is likely to put pressure on BYD's share price performance.

As BYD's sales have continued to rise so far this year, its share price has seen a significant spike and exceeded RMB 1 trillion for the first time on June 10.

Over the past two months, BYD's shares traded on the A-share market have performed so-so, with the latest share price essentially unchanged from its June 10 opening price.

About 225 million Hong Kong shares of BYD (HKG: 1211) were transferred to Citibank on July 11, according to the HKEX's Central Clearing and Settlement System (CCASS) on July 12.

Berkshire Hathaway bought exactly 225 million shares of BYD in 2008, and the precise match of those figures sparked investor speculation that Buffett was reducing his holdings, causing BYD to plunge 11.93 percent at the close of trading in Hong Kong on July 12.

BYD then said that major shareholders were required to declare their interests in order to reduce their holdings, and the HKEX's equity disclosure platform did not show information on the reduction.

Some analysts also said that Buffett did not reduce his holdings or have similar plans, and BYD's plunge was mainly due to the market's misinterpretation of the HKEX's trading rules.