There had been a change in the rules of the Hong Kong Stock Exchange, where the physical stock needed to be replaced with an electronic stock holding. 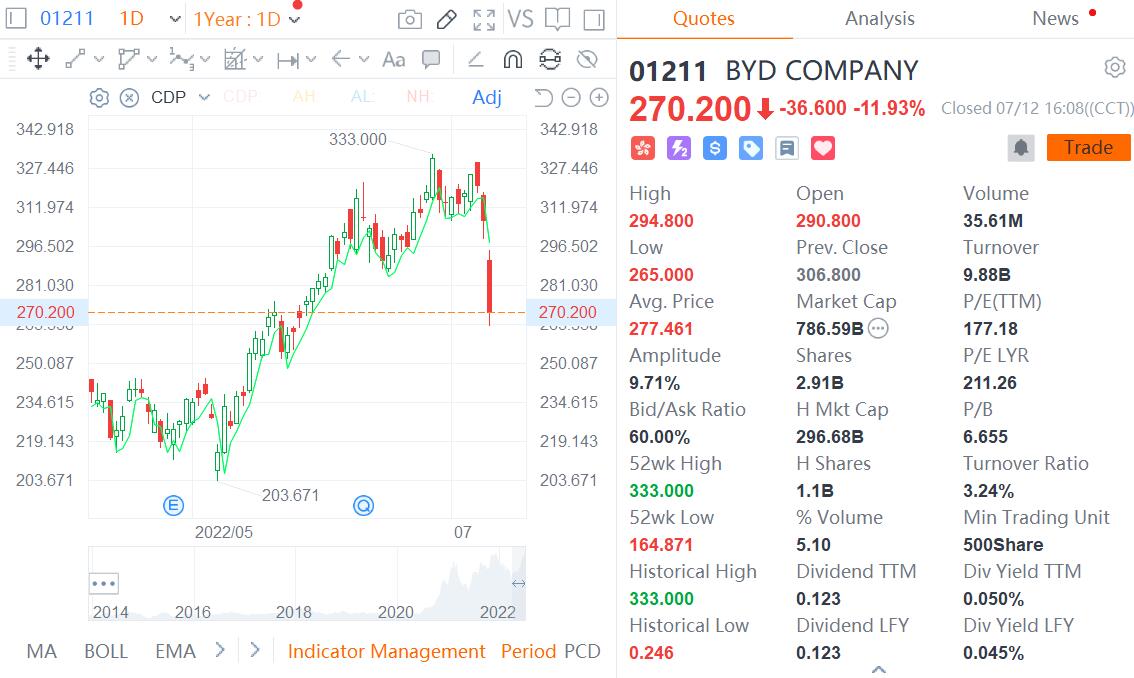 Rumors about legendary US investor Warren Buffett reducing holdings caused BYD's share price to plunge on July 12. However, in the opinion of an analyst, this concern is a misunderstanding of the trading rules of the Hong Kong stock market.

On the morning of July 12, data from the Hong Kong Stock Exchange's (HKEX) Central Clearing and Settlement System (CCASS) showed that about 225 million shares of BYD (HKG: 1211) were transferred to Citibank on July 11.

Berkshire Hathaway bought 225 million shares of BYD in 2008, and the precise match of those figures sparked investor speculation that Buffett had reduced his holdings, causing BYD to plunge 11.93 percent at the close of trading in Hong Kong on Tuesday.

Buffett is not currently reducing his holdings or has similar plans, and BYD's plunge was mainly the result of a market misinterpretation of HKEX trading rules, local media Yicai said today, citing an unnamed analyst from Northeast Securities.

There had been a change in the HKEX rules where the physical shares needed to be replaced with electronic shares, and this needed to be done through brokerage channels including Citi and Morgan Stanley, which all have a CCASS account, the analyst noted.

In fact, the entity Warren Buffett uses to hold BYD shares has also been changed before. Until 2021, that entity was MidAmerican Energy, a subsidiary of Berkshire Hathaway Energy, and after that it became Western Capital, the analyst said.

After that, there was no change in Berkshire's holdings in BYD.

As of March 31, 2022, Western Capital Group LLC, which is 100 percent owned by Berkshire Hathaway Energy, was BYD's fourth-largest shareholder with a 7.73 percent stake.

After yesterday's speculation triggered a plunge in the stock price, BYD said that the major shareholder's reduction in its holdings required an equity declaration, and the HKEX's equity disclosure platform did not show information on the reduction.

In addition to its Hong Kong-traded shares plunging, BYD's Shenzhen-traded shares also fell more than 7 percent at one point Tuesday, although the decline narrowed to 4.72 percent at the close. 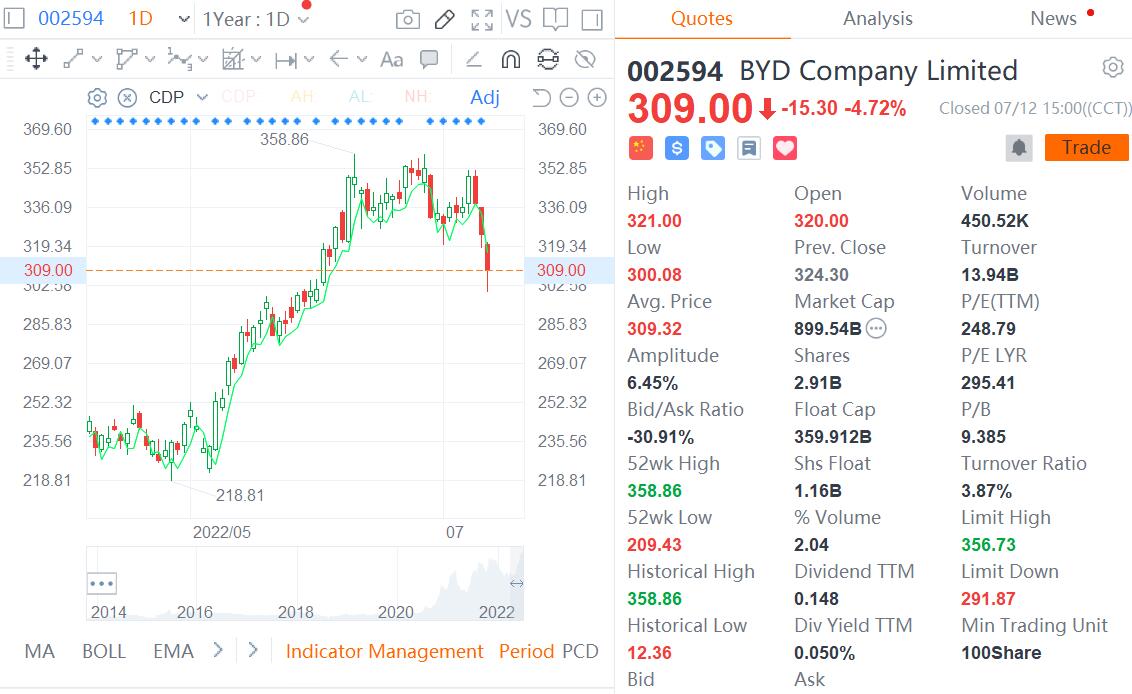