Update: Updated BYD's gain and share price at the close.

A series of catalysts are driving BYD's rally, with its shares up about 50 percent cumulatively since May 10. 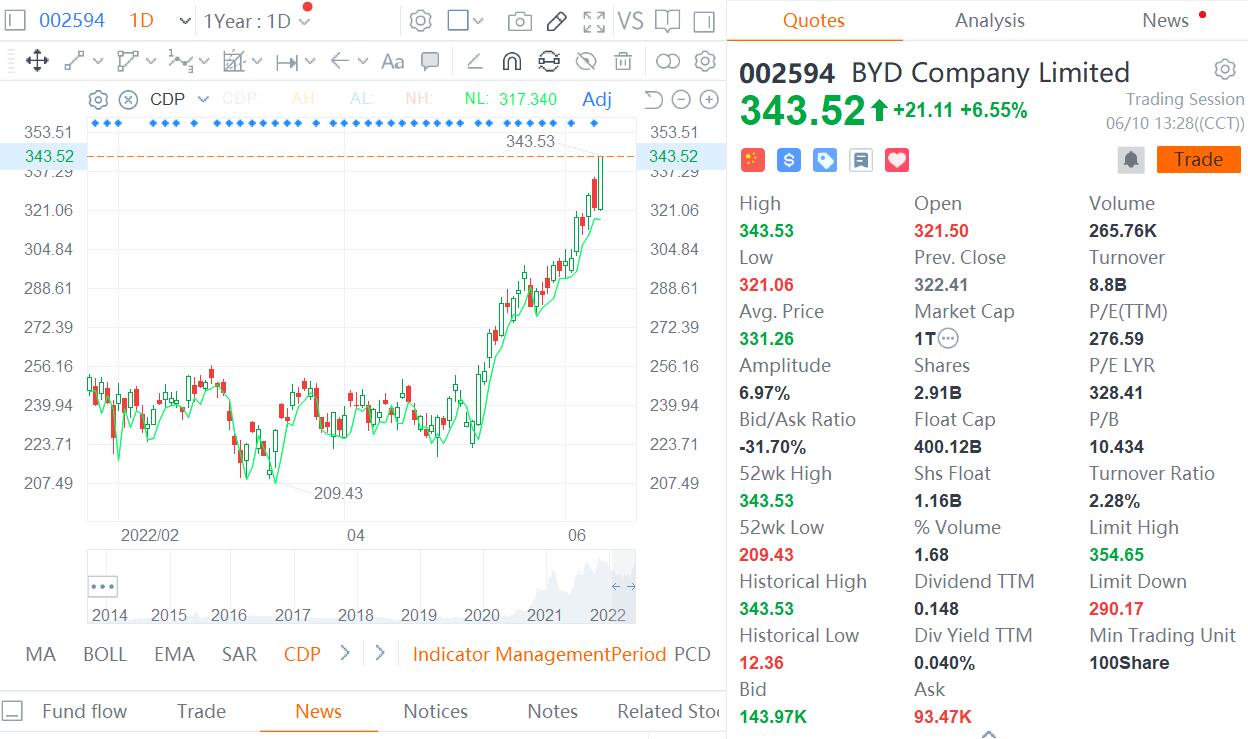 At the close of the Chinese stock market at 15:00, the stock advanced further to 8.19 percent to RMB 348.8, giving a total market capitalization of RMB 1.02 trillion.

Since May 10, BYD's share price has accumulated a gain of about 50 percent.

There are a series of catalysts behind BYD's share price surge.

On April 22, BYD said it planned to buy back shares worth RMB 1.8 billion to RMB 1.85 billion at a price not exceeding RMB 300 per share.

It is worth noting that BYD's first buyback transaction had reached the upper limit of its plan, and the rise in the following days made the execution impossible.

In addition to the share buyback, investors were also excited by the news that BYD will be supplying batteries to Tesla (NASDAQ: TSLA).

BYD will soon supply batteries to Tesla, said Lian Yubo, the company's executive vice president and director of its automotive engineering research institute, in an interview with state-run media outlet CGTN's host Kui Yingchun, according to a video of the interview released Wednesday.

It's worth noting, however, that the video Kui originally posted on Weibo has been removed.

In the second half of last year, when BYD's new energy vehicle (NEV) deliveries were only 50,000-60,000 units, many analysts were already expecting BYD's market capitalization to reach RMB 1 trillion by 2022.

In a report released on August 17 last year, CITIC Securities said BYD's reasonable market capitalization in 2022 is RMB 1.0643 trillion, corresponding to its A-share and H-share target prices of RMB 372 and HK$447, respectively. 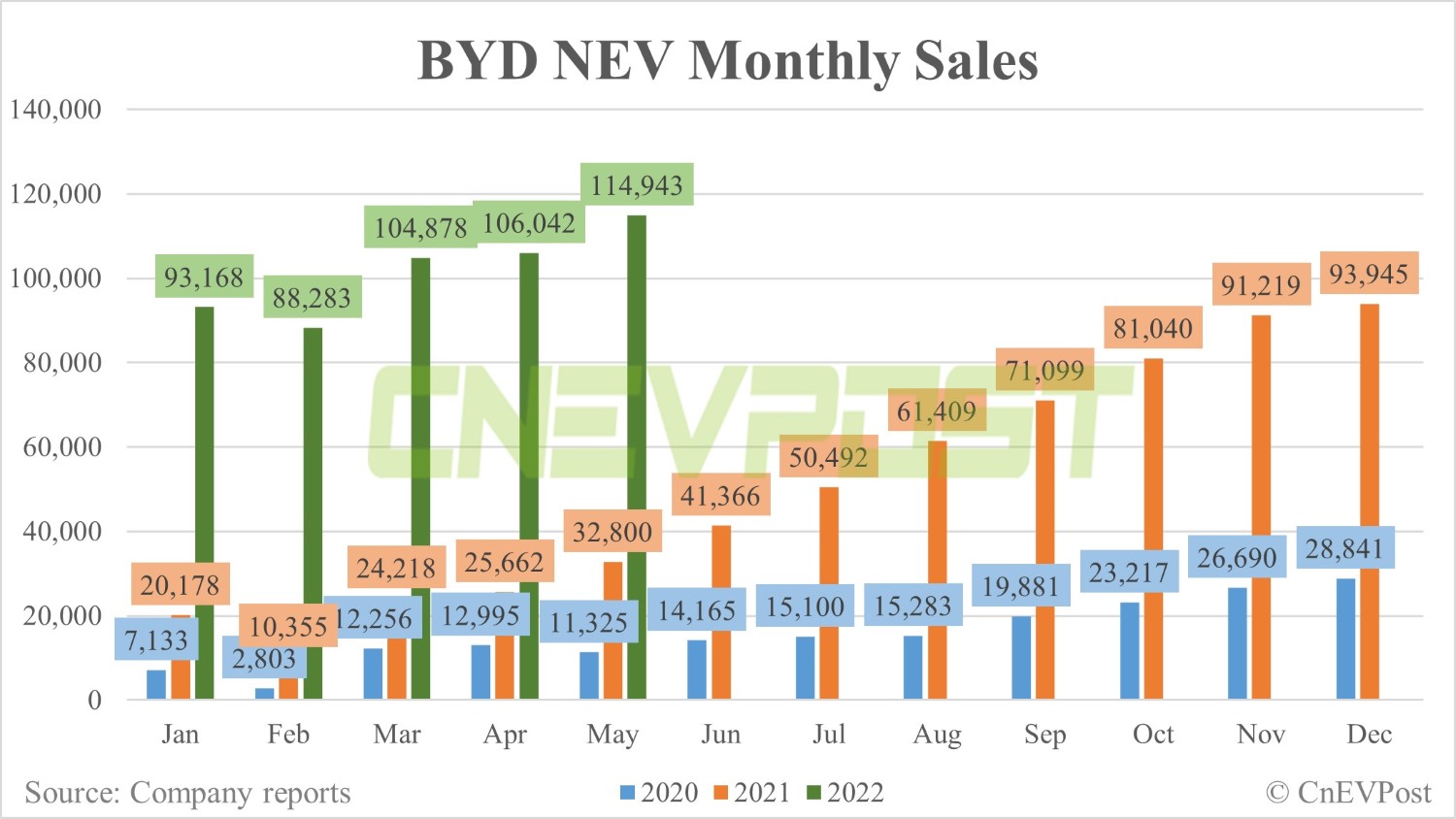 Currently, BYD's order backlog is as high as 600,000 units, with a delivery cycle of five to six months, National Business Daily said Wednesday, citing minutes of a BYD shareholders' meeting.

Stocks in China's auto sector and related industry chains are generally up today, with several stocks rising with the single-day limits.

As of press time, Huawei's partner in the automotive sector, Chongqing Sokon, was up by a one-day limit of 10 percent, Contemporary Amperex Technology Co Ltd (CATL, SHE: 300750) was up 5 percent and Gotion High-Tech was up about 4 percent.

China's wholesale sales of new energy passenger vehicles reached 421,000 units in May, up 111.5 percent year-on-year and 49.8 percent from April, according to data released yesterday by the China Passenger Car Association (CPCA).

The development of China's NEV industry has been hit by the current epidemic, but the improvement from a year earlier was more than expected, the CPCA said.