BYD previously announced a buyback price cap of RMB 300, but its shares have risen 40 percent in the past month to about RMB 330.

BYD's (SHE: 002594, HKG: 1211, OTCMKTS: BYDDY) share buyback team is racing against the rising price of the company's shares traded on China's A-share market.

In addition to adjusting the upper limit of the share buyback price, other elements of the program remain unchanged, BYD said.

On April 22, BYD said it plans to buy back shares worth between RMB 1.8 billion and RMB 1.85 billion at a price not exceeding RMB 300 per share.

All of the repurchased shares will be used for the employee stock ownership plan, and the unused portion will be canceled, and the registered capital reduced, BYD said at the time.

Since the buyback plan was announced, BYD's shares traded in Shenzhen have so far risen by a cumulative 40 percent. 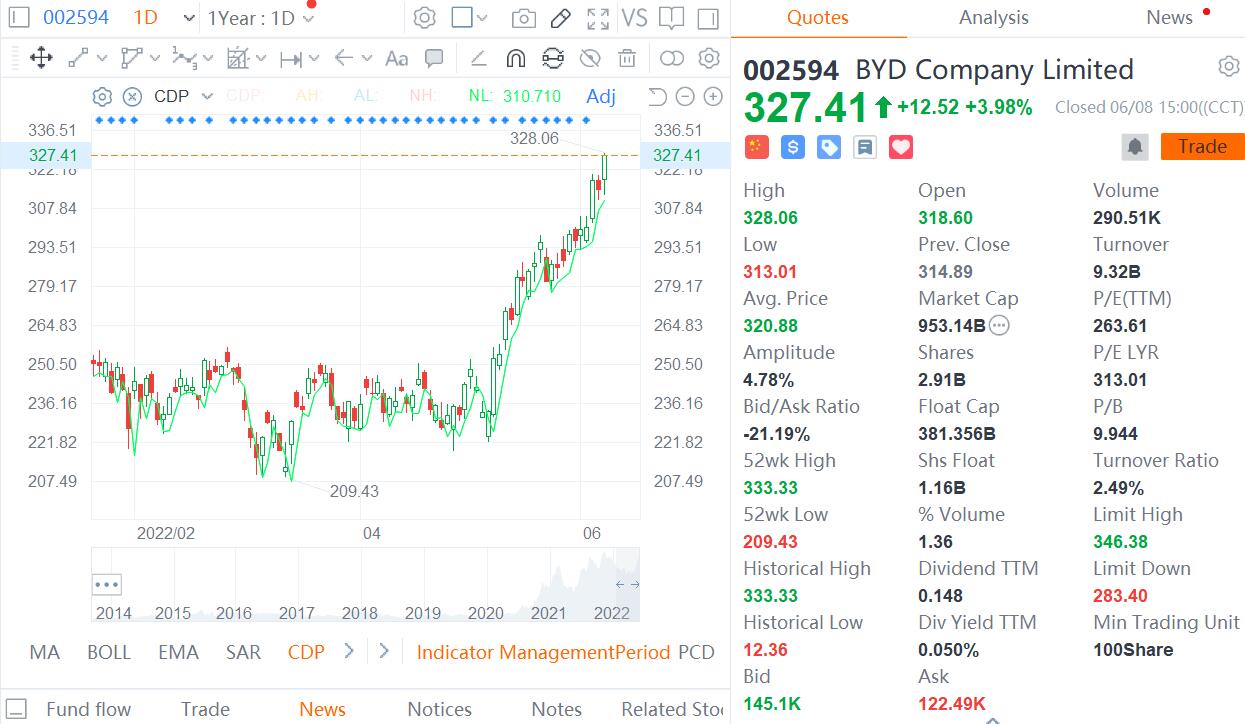 On June 1, BYD made its first buyback, buying 1,452,100 of its shares traded on China's A-share market in a centralized bidding transaction.

The highest transaction price of the deal was RMB 300 per share and the lowest price was RMB 293.37 per share, with a total transaction amount of RMB 433 million excluding transaction fees, according to the announcement.

This means that the execution of BYD's first buyback is already at the upper limit of the price mentioned in the buyback program.

As of June 8, the cumulative number of shares repurchased by BYD by way of centralized bidding transactions was 2,712,500 shares, according to the company's announcement yesterday.

The highest transaction price of the deal was RMB 300 per share and the lowest was RMB 293.37 per share, with a total transaction amount of RMB 649 million, according to the announcement.

BYD will soon supply batteries to Tesla, said Lian Yubo, the company's executive vice president and director of its automotive engineering research institute, in an interview with Kui Yingchun, host of state-owned media CGTN, according to a video of the interview released Wednesday.