BYD fell 10.89 percent in early trading in Hong Kong and 7.3 percent for shares traded in Shenzhen.

BYD (SHE: 002594, HKG: 1211, OTCMKTS: BYDDF) shares traded in both the Hong Kong and mainland A-share markets plunged in early trading, as rumors circulated widely that legendary US investor Warren Buffett had reduced his position in the company. 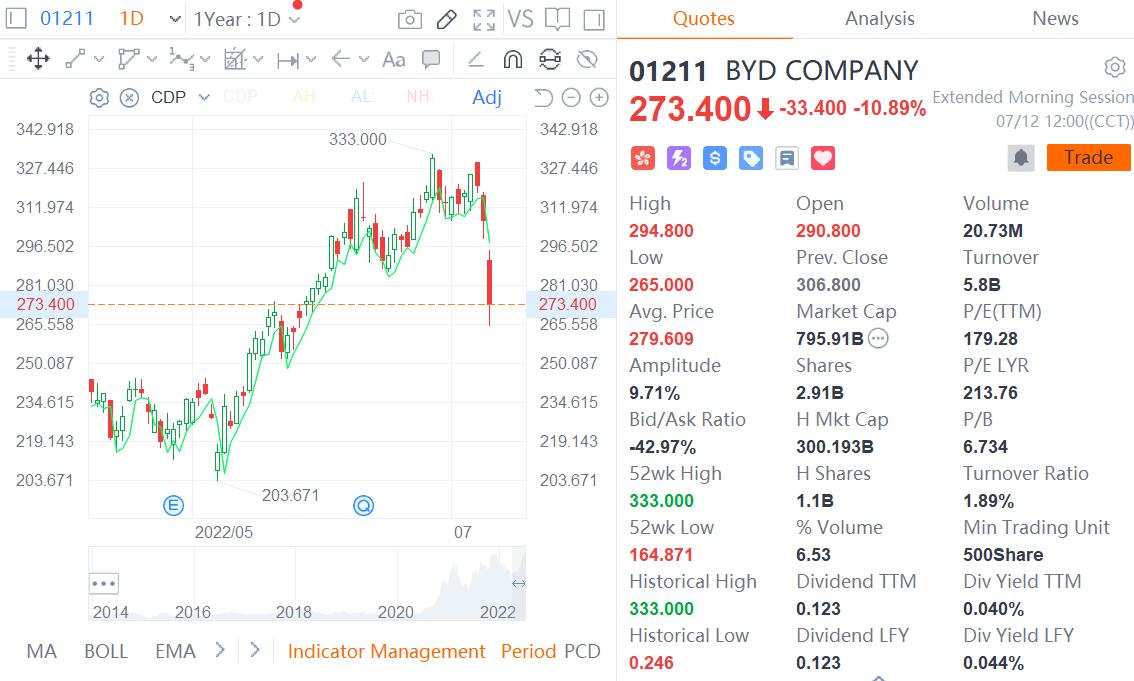 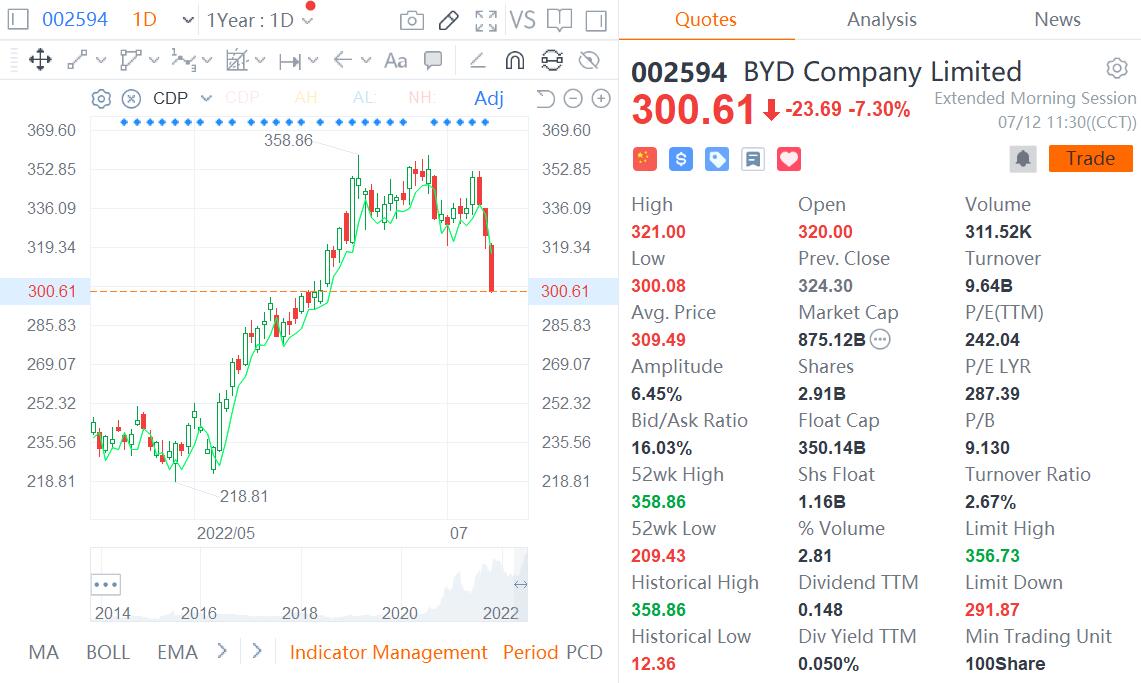 The change, which went viral on social media, sparked a lot of investor speculation about Warren Buffett's Berkshire Hathaway dumping its BYD holdings.

Since then, Berkshire's holdings in BYD have remained unchanged, and the latest move is seen as a prelude to Warren Buffett reducing his holdings in the largest Chinese new energy vehicle (NEV) maker.

As of March 31, 2022, Western Capital Group LLC, which is 100 percent owned by Berkshire Hathaway Energy, is BYD's fourth-largest shareholder, with a 7.73 percent stake. 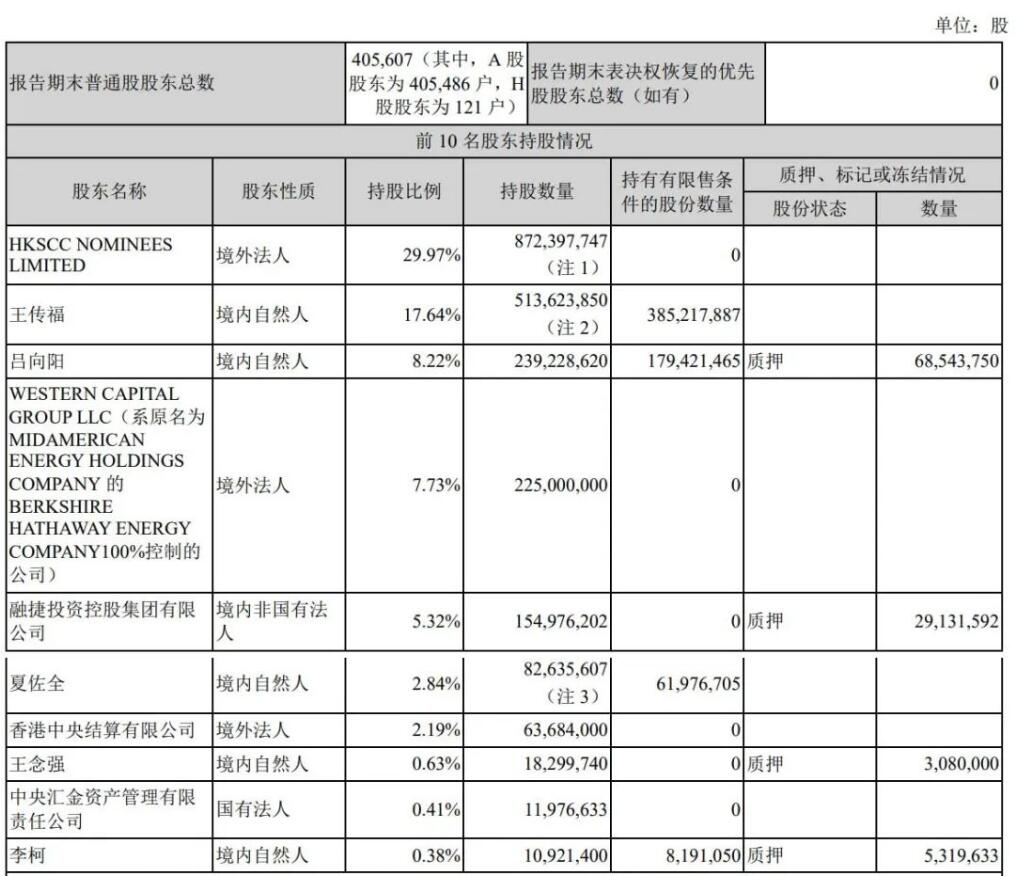 After a lot of speculation triggered a plunge in the share prices, BYD said that the major shareholder's reduction in holdings requires an equity declaration, and the HKEX's equity disclosure platform did not show information on the reduction, according to a report in the Securities Times today.

BYD is currently operating everything normally, with all its businesses in order and NEV sales continuing to hit record highs, the company added.

According to the latest data from the HKEX, no recent declarations by shareholders of more than 5 percent have been found in the records of changes in the interests of BYD's major shareholders, including Berkshire.

However, it is worth noting that the Securities Times quoted an unnamed industry insider as saying that it is possible that Berkshire has not yet completed the process of reducing its holdings, so the data related to it is temporarily unavailable.

There is also a possibility that Buffett lent his holdings to hedge funds for shorting, according to the report.